Previous post
Kamala Harris: The Vice President That Nobody Likes

Next post
Hillary Clinton Has COVID, Looks For Movie Recommendations 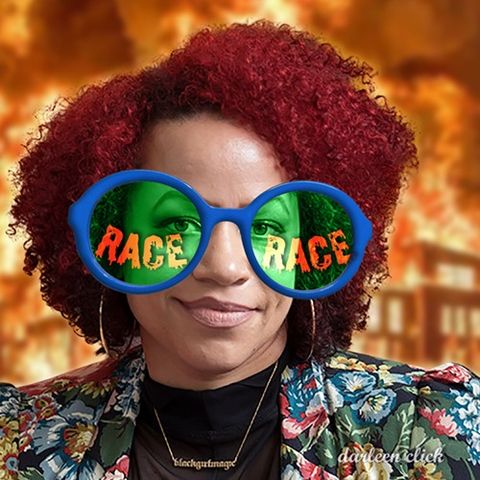 The “1619 Project” author and former New York Times writer who believes America was built on racism started a Twitter controversy with the claim that the practice of tipping waiters, waitresses, bartenders, or apparently anyone else whose livelihood depends on an extra 15-20% for good service is racist.

It’s laughable, unless you realize that she was damned serious about her assertion. It also shouldn’t be surprising that she views everything through the racism lens given she continues to opine that our country was founded on slavery and racism.

Keep in mind, Magness is a noted historian. It didn’t take him long to bring receipts showing how asinine her “tipping is racist” premise is.

Also for those of you sharing one of those moronic "fact check" articles claiming that tipping comes from slavery, you're simply wrong.

Here's a travel guide to Europe, published in the 1730s. pic.twitter.com/XCBdtTNXIH

I find it both humorous and sad that she claimed tipping happens nowhere else in the world. Having traveled internationally on multiple occasions, I can say with confidence that yes, tipping DOES occur in multiple countries. Botswana, for example, you tip safari guides $50 per day per family group. In Germany tipping at restaurants runs around 20% in our experiences. So don’t tell me tipping doesn’t exist elsewhere in the world.

What I also find sadly humorous is that many of the responses to Phil Magness showing her historical inaccuracy is to yell about serfdom in the 1700’s.

That may be what the article claimed. But that wasn’t the claim made by Jones, to which everyone is responding.

Her claim was that tipping (without any qualifier) was a legacy of slavery. And to support her argument, she claimed tipping occurs almost nowhere else in the world.

Exactly so. Tipping, even tipping one’s serfs in Europe has been a centuries old practice. It isn’t new, and it is NOT a slavery legacy. Keep in mind, per her claims, tipping is only racist against the blacks, when there was significant discrimination against the Irish and Chinese as well. But…that’s different because REASONS.

She makes a habit of this. Back in November, we somehow missed her weird and historically…wrong take on Japan and the U.S. dropping the bomb on Hiroshima.

“Feeling ashamed of shameful things is not BAD. It’s called being an empathetic and moral human being,” she wrote, adding, “Shame helps us do better. When I visited the Hiroshima Peace Memorial Museum about the impact of the US’s atomic bomb, as an American, I felt shame.”

If only she could feel shame over her own flaws and serial lies.

Hold on, though; things are about to get much worse.

Responding to her tweet, someone wrote, “No suprise she still poorly understands history. A land invasion of japan would have cost millions of lives.”

And here was Hannah-Jones’ total lie of a response (which has now been deleted):

“You’re the only one who poorly understands history,” she tweeted. “They dropped the bomb when they knew surrender was coming because they’d spent all this money developing it and to prove it was worth it.”

Then she closed with this self-own: “Propaganda is not history, my friend.”

And she was handed a Pulitzer Prize for the 1619 Project! One that has been debunked by a plethora of historians all across the spectrum! Quite frankly, it’s a slam against historians to classify her as such.

Remember, she’s also against any support for the folks in Ukraine. Why? Because they are …white. Tell me, who is the racist here?

Now, even as she has deleted the original tweet, she continued to defend her incredibly dubious position. She’s not STINGY, but tipping is racist! WAHHHHH!!!

I didn’t say Americans invented tipping, or at least that’s not what I meant to imply. I meant the widespread practice of paying people less and expecting them to earn income from tipping instead as opposed to extra money on top of wages is a legacy of slavery.

Except that ALL waitstaff around 98% of the restaurants in this country don’t pay even minimum wage REGARDLESS of the color of their skin. Yet she continues to imply that tipping and the practice of paying waitstaff less originated with slavery, even citing this USA Today article on how tipping was utilized to keep Black Americans down after the Civil War. The problem is, the article even admits that quite a number of the claims are dubious and ‘more context is needed.’ Uh huh….that tells me that the history of tipping isn’t as racist as one would think.

You have to wonder where she gets her information. Oh wait, perhaps she watched this from CNBC last year and was just waiting for the right time to drop her inaccurate fact into the Twitterverse!

Oh wait, it becomes abundantly clear as to why she is asserting that tipping is racist. It’s because of the unrealistic expectation that Blacks MUST tip even if they are given poor service. They don’t get good service no matter where they are, so why tip?

This is where we are. The creator of the incredibly flawed 1619 Project is here to tell us that everything is racist, especially tipping. Then again, this is also the same person who doesn’t like push back and declared that parents should have zero say in their child’s education.

She’s already claimed that pushback on the 1619 Project is racist. She’ll proclaim that any negative response to her tipping assertion is racist in 3, 2, 1…