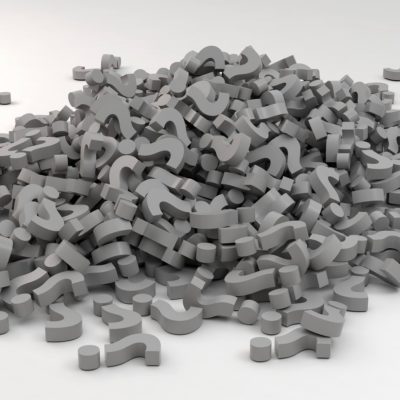 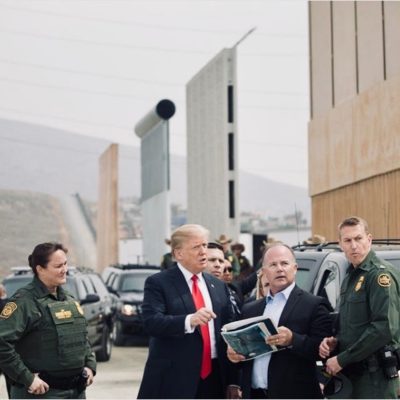 Next post
Gov't Spending Bill That No One Has Read Passes, Is National Emergency Next? 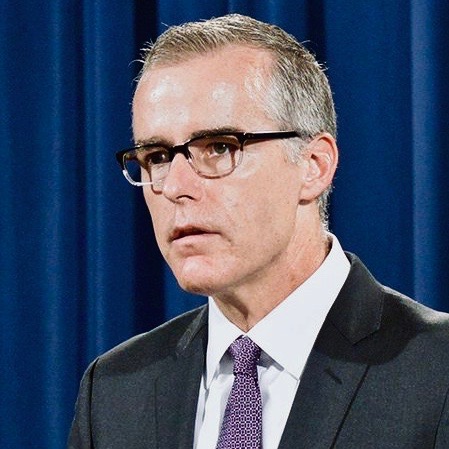 FORMER Acting FBI Director Andrew McCabe really wants his book “The Threat” to sell. While talking with “60 Minutes'” Scott Pelley, McCabe admits there was ACTIVE discussion at DOJ about removing Trump from office using the 25th Amendment! By golly, that Deep State is something else. Can we say “coup”?

The word for this kind of scheme is "coup." https://t.co/WtSHuRH1YR

The Deep State was digging WAY down deep for this because of their virulent hatred of Trump and utter shock that Hillary didn’t win like she was supposed to.

Former acting FBI Director Andrew McCabe in a new interview reveals new details of the investigations into President Trump, telling CBS that there were conversations about the possibility of removing Trump under the 25th amendment and confirming that Deputy Attorney General Rod Rosenstein had offered to wear a wire around the president.

McCabe spoke to “60 Minutes” for an interview ahead of the release of his book, “The Threat: How the FBI Protects America in the Age of Terror and Trump.”

CBS News’ Scott Pelley appeared on “CBS This Morning” Thursday to discuss his interview with McCabe, saying that McCabe told him about the efforts to figure out “what to do” with Trump during the eight days between the firing of then-FBI Director James Comey and the appointment of special counsel Robert Mueller.

“There were meetings at the Justice Department at which it was discussed whether the vice president and a majority of the Cabinet could be brought together to remove the president of the United States under the 25th Amendment,” Pelley said Thursday. “And the highest levels of American law enforcement were trying to figure out what to do with the president.”

Read all of the above again. McCabe said the highest levels of American law enforcement were trying to figure out how to get Trump OUT of office and replace him with Pence! Looks like they were focusing in on Section 4 of the 25th Amendment.

You know WHY McCabe said that they were actively going after Trump to get him removed from office?

He wanted the investigations opened up because he was sure that Trump would make all the issues of Russia disappear.

“I was very concerned that I was able to put the Russia case on absolutely solid ground, in an indelible fashion,” Mr. McCabe said. “That were I removed quickly, or reassigned or fired, that the case could not be closed or vanish in the night without a trace.”

Well, isn’t that special? Furthermore, McCabe’s Hillary email investigations? Did he help Lisa Page and Peter Strzok in their cover-up regarding all the emails from Hillary and Huma on Anthony Weiner’s laptop?

I wonder how involved he was with the Hillary server quid pro quo that Narcissi discusses here?

The Justice Department issued this statement:

After Mr. McCabe’s 60 Minutes interview, it is imperative that he, and others, come before @senjudiciary to fully explain how and why a FISA warrant was issued against Carter Page and answer questions about what appears to be, now more than ever, bias against President Trump.

Absolutely astonishing that Rosenstein is still in office.
https://t.co/Xgb9sonRGc

Glenn Reynolds reminds us that lots of folks insisted the Deep State was a myth. Yet here we are with irrefutable evidence that the Deep State has been in play for quite some time.

Amazingly, some, who should know better, are defending McCabe!

Andrew McCabe was fired from the FBI after the Department of Justice Inspector General found that McCabe repeatedly lied under oath in order to cover up his own misconduct. There’s nothing dignified or honorable about McCabe’s corruption. https://t.co/9nrsFePFAK

Exactly. While we wait until Sunday to find out what else McCabe said on “60 Minutes,” some serious questions are being asked.

A. Isn’t it past time we started investigating the investigators?

B. How is what McCabe just admitted to not treason?

C. Isn’t it improper and against the Constitution for people at DOJ to meet in secret to facilitate someone’s removal from office?

Those are just a few of the questions that are being asked right now. I’m with Lindsey Graham; McCabe has a LOT of explaining to do, as do the rest of his cohorts at the DOJ.