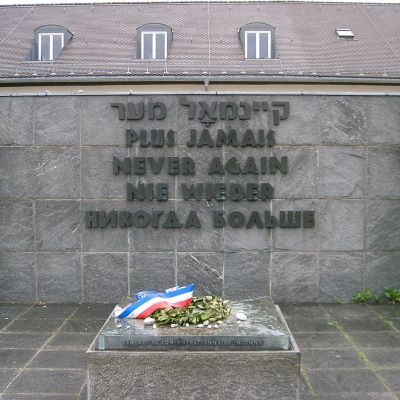 Bernie Sanders already had one major go-round in the Democrat primaries in the 2016 campaign, so he should know what works and what doesn’t, right? Well, no.

Despite not actually being a Democrat, Grandpa Bernie has helped successfully market socialism to young leftists and opened the doors to candidates like Elizabeth Warren. However, Hillary Clinton can’t be blamed for Bernie’s campaign fails this time around. So here are the Top 5 Bernie Sanders Campaign Fails of 2019.

1) Voting rights for felons
Bernie Sanders has the ability to blindly set trends that other campaigns felt that they needed to equal or one-up. One of these early examples was when Bernie announced that he wanted convicted felons to be able to vote (presumably for him) from behind bars.

"If you're a citizen of this country, you have the right to vote. And I will oppose all efforts to try to deny Americans the right to participate in our democracy."

Kamala Harris, like a mindless lemming, followed him right off that cliff, and she paid the bigger political price for it because she immediately did one of her patented flip-flops. Bernie never backtracked his position, which helped him in the short term. But put him in a general election, and it is an instant campaign ad that will absolutely hurt Bernie in the long term.

2) Higher taxes for all
This is probably what is keeping Bernie from overtaking Joe Biden. Bernie gets credit for honesty, but promising a tax hike didn’t work for Michael Dukakis, and it won’t work for Sanders, either. In acknowledging that Medicare For All will cost a shitload of money that the government does not have, Bernie simply says everyone’s taxes will go up. Your first $29,000 will be exempt.

Wait, you say. Bernie wants the minimum wage to be raised to $15 an hour, which means that a minimum wage worker putting in 40 hours a week, for 52 weeks, would get $31,200 before taxes. Ohhhhhhhh. Congratulations, minimum wage workers! You’re now rich enough to qualify for a tax increase! Now, Bernie would claim that Medicare For All would offset any tax increases because, in theory, medical costs no longer come out of the worker’s pocket. Well, not out of your pocket, but out of your paycheck before it ever gets to your pocket. Convenient, right? You’ll never even get to miss that raise!

3) Minimum Wage Campaign Woes
Speaking of the minimum wage, Bernie ran into some problems when it was discovered that his campaign wasn’t living up to his own hype. When the news broke that the campaign wasn’t paying its workers the $15 an hour they were promised, the campaign then cut hours to make sure that everyone remaining would get $15 per hour.

Who could have predicted that raising wages would result in employers having to cut hours? Hmmmm. But don’t worry, because big companies like Walmart and McDonald’s are TOTALLY going to cut profit and pay workers more when Bernie is president!

4) Bernie the Millionaire
So, why couldn’t Bernie Sanders pay his own campaign staffers more? After all, he is a millionaire himself! Take notes, everyone – if you write a best-selling book about how to take other people’s money, YOU TOO can become a millionaire! It also helps to have lived off the public for the last 40 years in government, and then run for president in order to raise your profile, in order to sell books. Wait, you mean the socialist made money in the capitalist system, and owns three houses as well??? Why, it’s amazing how well being a cranky old socialist pays!

5) Bernie, Friend of Anti-Semites
This is not just a “fail” in the conventional sense, but a failure of Bernie Sanders as a person. Bernie gets a pass on hobnobbing with anti-Semites because he is ethnically Jewish. However, Sanders himself claims to be an atheist. He has no affinity with the Jewish faith, and the relationship between him and known anti-Semites like Ilhan Omar, Rashida Tlaib, and Linda Sarsour works well as a smokescreen for both sides. They get to refute being labeled as anti-Semites because they support Bernie (because they love his progressive socialism), and he gets to claim “broad intersectional support” from those three. As David Harsanyi wrote:

Well, for one thing, as Trotsky correctly indicated, socialism tends to corrode all other religious and cultural affiliations. Secular Jewish progressive groups posing as faith-based organizations, for example, have long worked to conflate their ideological positions with Judaism by reimagining the latter to make it indistinguishable from the former. It’s one of the great tragedies of the American Jewish community that they are succeeding.”

For Omar, Tlaib, and Sarsour, politics trumps race. Bernie, political buddy of Jeremy Corbyn, the now-ousted British Labour leader, sees no issues with his associations with anti-Semites. Even after today’s horrific news, Bernie, like other leftists, spouts platitudes that they scream about when mass shootings occur.

I’m outraged by the knife attack in Monsey. We must confront this surge of anti-Semitic violence, prioritize the fight against bigotry, and bring people together – instead of dividing people up.

Start by cleaning your own house, Bernie, if you want to actually fight anti-Semitism.

Did we miss a campaign fail? Let us know in the comments if we missed one! Bernie’s heart attack doesn’t count.