Next post
Biden Gets Covid, Jill Travels On, Media Gives A Pass 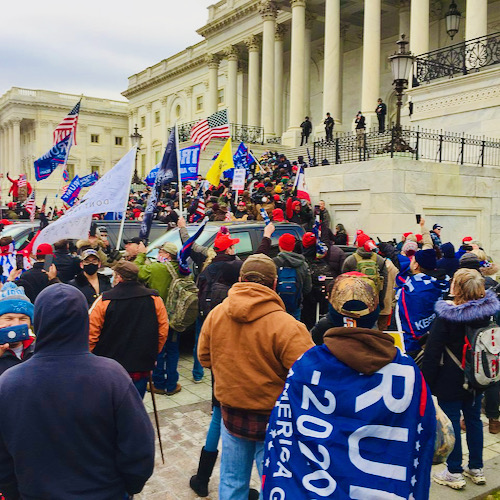 The January 6 committee just can’t stop. They must persist even as every supposed gotcha turns into nothing.

This time around it’s the supposed gotcha’s regarding the Secret Service texts and President Trump balking at condemning all the violence that happened on that day.

“The Secret Service submitted the responsive records it identified, namely, a text message conversation from former US Capitol Police Chief Steven Sund to former Secret Service Uniformed Division Chief Thomas Sullivan requesting assistance on January 6, 2021, and advised the agency did not have any further records responsive to the DHS OIG’s request for text messages,” Assistant Director Ronald Rowe wrote in the letter to the January 6 committee.

You can read the full letter from the Secret Service here.

Needless to say, the January 6 committee isn’t pleased. They wanted the data and thought the Secret Service would happily provide all the smoking guns needed to ensure President Trump lands in jail and will never ever run for office again. Except that didn’t happen, leaving the committee with egg on their face.

So, what will they do for tomorrow’s Prime Time hearing? Call Ray Epps to the stand? NAHHH. Instead they’ve set their sights on President Trump and the issue regarding his reluctance to condemn the violence of January 6. THAT you see, is the very biggest of big smoking guns.

One day after the last rioter had left the U.S. Capitol on Jan. 6, 2021, President Donald Trump’s advisers urged him to give an address to the nation to condemn the violence, demand accountability for those who had stormed the halls of Congress and declare the 2020 election to be decided.

He struggled to do it. Over the course of an hour of trying to tape the message, Trump resisted holding the rioters to account, trying to call them patriots, and refused to say the election was over, according to individuals familiar with the work of the House committee investigating the Jan. 6 attack.

The public could get its first glimpse of outtakes from that recording Thursday night, when the committee plans to offer a bold conclusion in its eighth hearing: Not only did Trump do nothing despite repeated entreaties by senior aides to help end the violence, but he sat back and enjoyed watching it. He reluctantly condemned it — in a three-minute speech the evening of Jan. 7 — only after the efforts to overturn the 2020 election had failed and after aides told him that members of his own Cabinet were discussing invoking the 25th Amendment to remove him from office.

As we’ve noted many times here at Victory Girls, the only violence was the killing of Ashli Babbit and the beating of an elderly lady in the tunnels below the Capitol. Furthermore, as we’ve also noted, if the violence and destruction was so horrendous, how come Congress was BACK IN SESSION that evening??

But, according to the January 6 committee, we are supposed to believe the 187 minutes was Trump’s contribution to the destruction of this Republic. People are ready to testify tomorrow who will assert that Trump wanted the violence that day, and didn’t want to condemn those who strolled through the U.S. Capitol. Interestingly, one of those ready to testify is the guy who is responsible for promoting Deborah Birx to her role as Covid task force guru, Matthew Pottinger.

But yes, the January 6 committee persists. They have all the smoking guns, it’s just a matter of drama and presentation

Through seven hearings to date, the committee’s findings have creeped inexorably closer to the former president himself, with Cheney dramatically ending last week’s session with the disclosure that Trump tried to call a witness, who declined to answer. For his part, Trump himself appears to be growing increasingly rattled as the committee pierces his inner circle.

Cheney said at the conclusion of last week’s hearing that the next session will provide a minute-by-minute account of what occurred during that three hour window on Jan. 6, 2021 – what the president was doing, who he was speaking with and how they were instructing him to proceed.

Meanwhile, CNN is prepped and READY for the next duds that will be produced tomorrow night.

As the threat to U.S. democracy continues, the January 6 committee prepares for a prime-time hearing @ryanobles reports https://t.co/B4IKFHOwcN

The January 6 committee persists as if THAT is the only thing that matters to any and all Americans these days. Liz Cheney is staking her political career on it. However, poll after poll shows that the Biden Administration’s economy killing agenda is a much MUCH larger concern than January 6. Inflation is driving everyone’s concerns, unless you are a member of the committee, and then, all you do is persist. 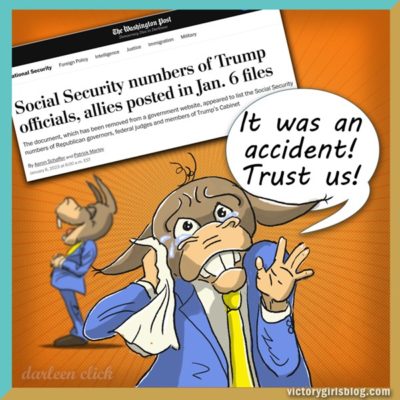