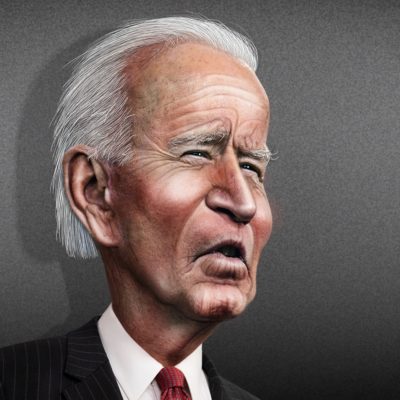 Next post
Biden Threatens To Run Over The Sycophants

The nightmare that the left has been dreading is about to come true, they say. The Supreme Court could strike down Roe vs. Wade and then what will happen???

Or, the reality is that SCOTUS has decided to look at the Mississippi law that limits elective abortions to no later than 15 weeks is going to be interesting, but will not overturn Roe vs. Wade.

Mississippi’s only abortion clinic, the Jackson Women’s Health Organization, challenged the state’s 2018 law as unconstitutional. Two lower courts agreed, saying an unbroken line of Supreme Court rulings dating back to Roe established that states can regulate—but not outright ban—the procedure in the pre-viability months of pregnancy. The state appealed to the high court in a bid to save the law, which isn’t in effect because of the lower-court rulings.”

Mississippi’s law would allow abortions after 15 weeks only in cases of medical emergency or severe fetal abnormality. The state argues that fetal viability—defined by the Roe court as the capability of meaningful life outside the mother’s womb—shouldn’t be the standard for allowing states to ban abortion, saying lawmakers had legitimate interests in protecting fetal life from the outset. By 15 weeks, the human fetus has made important physiological developments and abortions are riskier to the mother, the state says.”

And SCOTUS is actually punting on the trickier part of the case, and only going for the easier question.

Interesting that they only accepted question 1, which has an obvious easy answer. (Of course not *all* previability prohibitions are unconstitutional.)

They *didn't* take up the much more important second question about whether Casey's standard survived Whole Woman's Health. pic.twitter.com/SR7F8kZ15I

Reading the case question that the Court will actually be taking on makes this pretty anti-climatic. As Gabriel Malor points out, question one is an easy call. Question two, they aren’t touching.

But the fact that SCOTUS is hearing an abortion law case at all, with Justice Amy Coney Barrett sitting on the court, is enough to send the left into a frothing freak out.

It’s a MAJOR CHALLENGE, they say. And Chris “Fredo” Cuomo pulls the Jim Crow card. Because everything the left doesn’t like is Jim Crow racism, you know.

Fredo suggests being pro-life is about being pro-racism and Jim Crow: "It's about dividing lines, legislating to the far-right white-fright vote (…) It's just like voting rights in one way."
He adds that the pro-life movement doesn't understand that science is on their side. pic.twitter.com/qYVN8WhtNO

He appeared to compare the effort to limit abortions to Republican state voting laws, such as in Georgia, that progressives have deemed racist or even “Jim Crow 2.0.”

“It’s not about science or consensus,” Cuomo said of the pro-life movement. “It’s about dividing lines, legislating to the far-right white-fright vote, flooding the zone with 536 bills that abridge a woman’s right to control her own body, in 46 states. It’s just like voting rights in one way.”

He accused pro-lifers of using “their religion or righteousness” to move their agenda.”

Pro tip, Fredo – run a Google search on Margaret Sanger and then try this again. Yeah, I know, Planned Parenthood is running away from Sanger’s legacy (as if they actually could).

Now, there are an awful lot of assumptions running around that SCOTUS is just frothing for a case that will allow them to overturn Roe vs. Wade, now that they have a “conservative” majority. Well, not so fast. We know that Chief Justice Roberts, that ever-reliable weathervane, is unlikely to go much farther than allowing states to determine their own viability standards, so long as abortion is not outlawed altogether. We have a sense of how Justice Barrett will rule, but truthfully, we don’t have a good feel for how Justices Gorsuch or Kavanaugh will rule. The only tried and tested pro-life justices on SCOTUS are Justices Thomas and Alito. And this is likely why question one in the case (officially titled “Dobbs vs. Jackson Women’s Health Organization“) is the only one under consideration by the Court. It is likely the only part of the case that SCOTUS wants to actually deal with right now.

The reactions from groups like Planned Parenthood and NARAL is again showing just how desperate the left is to hang onto the right to kill innocents for their own benefit. The cries of “pack the court!” and pushing Justice Stephen Breyer to retire so that Joe Biden can replace him with a younger leftist justice are quite loud on the left. Their anger at Ruth Bader Ginsburg for dying on them without retiring under Obama is still strong.

This case won’t even be heard until SCOTUS begins its next term in October. Biden’s “commission” to study court packing – which will actually have its very first meeting tomorrow – is a performative exercise, especially given the way that Joe Manchin and Kyrsten Sinema continue to hold out on the left’s dreams.

Best case scenario for this particular SCOTUS decision? States will be allowed to set their own timing rules on elective abortions, so long as they are not banned outright in law. Worst case scenario? The law is struck down and SCOTUS punts everything back to state legislatures, and we repeat all of this again until a future SCOTUS can make a determination on viability, if they decline to let states make that determination for themselves. Regardless, expect the push for court-packing to get very strident on the left as this case gets heard next term.