Previous post
Cuomo Gropes His Way To Profit Off COVID 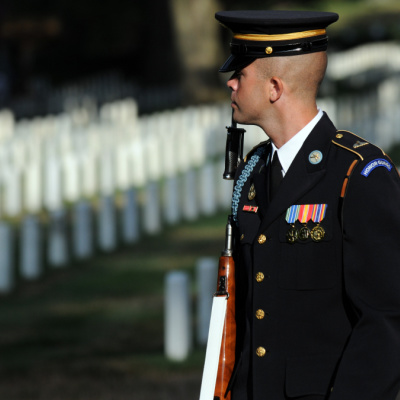 by Toni Williams in military 18 Comments

Using the Capitol Breach of January 6, 2021 as their excuse, the Pentagon, under Secretary of Defense LLoyd Austin, has begun a purge of extremists in the military. To that end, Austin has hired fellow West Point graduate Bishop Garrison to head the Countering Extremism Working Group and develop the plan for the purge.

According to CNN, 14% of those arrested for the incursion on January 6 were military veterans. Not active duty, but veterans. LLoyd Austin is using this as an excuse to purge those currently serving and institute Critical Race Theory. He released a video to support his 60 Day Stand Down. In the video, Austin asked soldiers to recommit themselves to the oath they took when they were sworn in and to share with leadership any experiences they have had with extremism in the ranks.

Austin made this video and asked for the Stand Down in spite of the fact that no active duty military personnel were involved in the Capitol Hill riot. And, despite the fact that Admiral Charles Richard of Strategic Command and General James Dickinson of Space Command testified on April 20, 2021 that there are no white supremacists in their ranks. January 6 is just the excuse that Austin is using to implement Critical Race Theory in the military.

He has hired fellow West Point graduate Bishop Garrison to head the Countering Extremism Working Group and implement the purge of the military. The name Bishop is not a religious designation, but a family name. Garrison is a true believer in the 1619 Project and called out former Secretary of State (and fellow West Point graduate) Mike Pompeo for rejecting the 1619 Project:

Except that's literally what happened, & the idea is not controversial. Fed troops moved out of the South so Hayes could become POTUS. Posse Comitatus ensured Reconstruction's end leaving Blacks vulnerable as Jim Crow laws began. This speech isn't tough or inspiring, it's sad. https://t.co/B6rD200xwX

I have never served, but I am the daughter of a late Marine NCO, the mother of an Army Major, and the aunt of two soldiers. My experience is that, from the shaving of heads to the same uniform to the weeks of training in basic or boot, these young men and women bond with each other regardless of race, color, or creed. They truly become brothers and sisters and members of a team. If they don’t, they get gone.

I understand that LLoyd Austin faced an horrific incident when some skinheads murdered a Black couple when he was at Fort Bragg in 1995. I am quite sure that marked the way that Austin views the troops. The military is far more diverse in every way than it was even 26 years ago.

In March, I wrote about how the United States Special Operations Command hired a Diversity and Inclusion Officer. Last week, I told you about how the Space Force removed an officer from command for writing a book about anti-Marxism. Now, Austin has brought in Bishop Garrison to lead the Countering Extremism Working Group. Garrison’s official title is Senior Advisor (to Austin) on Human Capital and Diversity, Equity and Inclusion. Interestingly, the acronym for Diversity, Equity and Inclusion is D.I.E., which sounds like something out of a Twilight Zone episode.

Just what is the Countering Extremism Working Group? According to the Memorandum released by the Pentagon, the group will update the definition of extremism explained in D.O.D. 1325.06, review the screening questions for potential recruits AND update the checklist for those transitioning out of the military. That’s kind of just a topline look at the memorandum.

Clarity on the thinking of Benjamin Garrison regarding his definition of “extremism” can be seen in an Op-Ed he wrote for USA Today. From the article:

…we are also rightly mindful that extremism in our ranks is real, and though we may not have a full grasp on the extent of the problem — specifically the number who espouse these beliefs — we know it can have an outsized effect on our force. It doesn’t take many to impair our morale, health and readiness.

A tear in the fabric of any institution usually starts small.

We know that extremist ideology is neither new to our country, nor our ranks. And while we have made progress over the years in combating this threat, the events of Jan. 6 at the U.S. Capitol underscore how much work remains.

In other words, Garrison and his group are not looking for a potential Major Nidal Hasan, a radicalized Muslim who killed 13 and wounded 32 at Fort Hood. Because military personnel were afraid of being seen as prejudiced, those who knew about Hasan kept quiet. The Pentagon is not looking for potential radicalized personnel in any other group but white people and they are using January 6 as an excuse for what they already wanted to do. The Department of Defense is not looking for Black Lives Matters Marxists, or Antifa, who might be using the the training they acquire for their own purposes.

Army veteran Rob Smith and Navy Seal Jack Carr, both of whom have deployed more recently than LLoyd Austin and Bishop Garrison, talked with Pete Hegseth about the new purge:

Neither Smith or Carr have seen extremists in their experiences. Smith said:

“Stuff like this will destroy the military from the inside out if a light is not shone upon it,” he said.

Senior adviser to the secretary of defense Bishop Garrison has recently asserted his dominance by pushing to purge patriot extremism, which specifically targets military personnel who support conservative thinking. Smith argued that there is no such thing as extremism coming from the right.

“This is not extremism. This is what they’re using to, sort of, purge political enemies,” he said. “These are pretty much… center-right Republican-leaning people who may have voted for President Trump, may have voted for other Republicans and may have said as much on social media.”

Carr said that if his teammates were extreme about anything, they were extremely focused on the mission. Amen and hallelujah.

The extreme patriots who reside at Arlington would agree with Carr. They loved those they fought along side of regardless of color.

We cannot allow this division to continue. Some bearded fellow once said that a house divided cannot stand. We cannot allow our country to be divided any further. Not by anyone, for any reason.