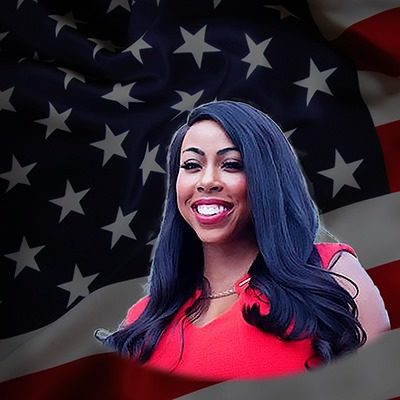 Previous post
Klacik Vs. Mean Girls On The View

Next post
SCOTUS: Mitch McConnell Throws Down The Gauntlet 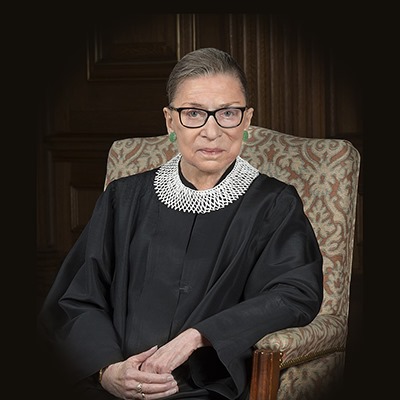 The news has just broken that Supreme Court Justice Ruth Bader Ginsburg has died. The official cause of death is being listed as metastatic pancreatic cancer.

Justice Ginsburg served on the Supreme Court for 27 years, and the chaos that is sure to be involved in replacing her is the story that will be written in the coming days. But this post is about the life and legacy of a woman who did not want to leave the court.

Just days before her death, as her strength waned, Ginsburg dictated this statement to her granddaughter Clara Spera: "My most fervent wish is that I will not be replaced until a new president is installed." https://t.co/FcYqBfhRl3

Justice Ruth Bader Ginsburg was born Joan Ruth Bader on March 15, 1933. She met her husband, Martin Ginsburg, while at Cornell University, in 1953.

The two married in June 1954, after Ruth graduated from Cornell and Marty finished his first year at Harvard Law School and detoured to Fort Sill, Oklahoma, for Marty’s stint in the military. There they had the first of their two children, daughter Jane, and began adjusting to their strengths and weaknesses as a couple. For example, for all of Ruth’s talents, she was a lousy cook. Frightened by the thought of a lifetime of reheated tuna casseroles, Marty took the reins in that department and developed a reputation as a culinary wunderkind.”

Ruth Bader Ginsburg was rejected for a clerk position under Supreme Court Justice Felix Frankfurter, reportedly due to her gender, a move which spurred her future direction in law. She eventually became the director of the Women’s Rights Project for the ACLU, after teaching . And while Martin Ginsburg was an accomplished lawyer himself, he was a supportive husband and helped politick his wife into the Supreme Court.

In early 1993, when Supreme Court Justice Byron White revealed to Bill Clinton that he was retiring, Marty was at it again. His task to get Ruth on the nation’s highest court was a tall one. Not only was she buried on the President’s list of preferred candidates, but she also wasn’t even a favorite of women’s groups because of recent critical comments about Roe v. Wade. But Marty managed to weed out her opponents and countered by soliciting letters of support from an army of scholars.”

Clinton, who famously took his time in stewing over the decision, finally agreed to meet with Ruth in June. Within 15 minutes of their get-together, he knew he had his pick.”

In an introductory speech for his wife at Georgetown University Law Center in 2003, Marty giddily shared how their daughter, Jane, told reporters that she had grown up in a home in which responsibility was equally divided: dad did the cooking and mom did the thinking. This was coming from a distinguished academic and arguably the top tax lawyer in the country, but that was Marty: happy to give Ruth credit for being the smart one while claiming dibs on the kitchen.”

By all accounts, the Ginsburg marriage was incredibly happy, and lasted until Martin’s death in 2010.

Seven years later, after seeing his wife through a bout of pancreatic cancer, Marty’s own troubles with the dreaded disease resurfaced. He passed away on June 27, 2010, a few days after their 56th wedding anniversary.”

“Friends marveled at how these two seemingly contrasting spirits matched up: Ruth came across as shy and timid, Marty was the clown, the life of the party; she was prompt, meticulous and thorough; he cut class to play golf” https://t.co/wRmd2zKzG6

Once on the Supreme Court, Justice Ruth Bader Ginsburg developed a reputation as a reliable liberal vote, and for her unusual friendship with ideological opposite Justice Antonin Scalia.

One former clerk told us Scalia was Ginsburg’s favored souvenir shopping buddy when they traveled together. On a trip to India, they famously rode an elephant, with Scalia sitting up front. What about feminism? “It had to do with the distribution of weight,” Ginsburg deadpanned slyly. They shared New Year’s Eves with their families and friends: “Scalia kills it and Marty [Ginsburg, Ruth’s husband] cooks it,” recalled one guest, former Bush solicitor general Theodore Olson. “I never heard them talk about anything political or ideological, because there would be no point,” Ginsburg’s grandson, Paul Spera, told us. In 2010, when Chief Justice Roberts announced Marty’s death from the bench, Scalia wiped tears from his eyes.”

Justice Ginsburg also applauded Justice Brett Kavanaugh for having an all-female clerk crew, and though she was liberal in her rulings, she did not carry that perspective over to her personal life, as her friendship with Scalia proves. She had become quite the focus of the left in recent years, especially when her ill health was known. Her death this close to a presidential election is certainly something that she was not planning on happening, as she fought her cancer to the very end.

Justice Ruth Bader Ginsburg leaves behind her two children and two grandchildren. We here at Victory Girls offer them our condolences at the loss of their mother and grandmother, with the hope that she is joyously reunited with her beloved husband now.