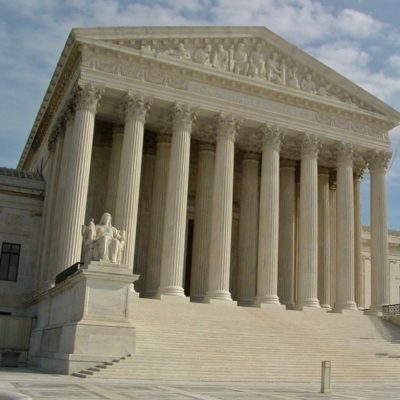 This morning, Biden announced that he was appointing a “bipartisan” commission to study expanding the Supreme Court. Remember how he didn’t want to answer this question during the campaign at all, even to the point of telling voters that they “didn’t deserve to know” his opinion?
Remember when Mike Pence tried to push Kamala Harris about getting an answer to this question? Remember when he then tossed the hard left this bone of promising to appoint a commission?

Well, the executive order has been signed, and now we have to listen to a “commission” give their opinions about the Supreme Court. Who is on this commission? Scanning over the list, it looks like the law school departments of Harvard, Yale, and New York University have been raided to make up this commission. While some may have more conservative leanings, there is plenty of hard left or very liberal names that appear on this list, including Lawrence Tribe (a bona fide left nutcase who hates Trump and tried to cast aspersions on Brett Kavanaugh’s legal perspectives because of the way he disagreed with a referee at a basketball game), Kermit Roosevelt (because nothing gives a commission clout like sticking Teddy’s great-grandson, who thinks like FDR, on it), and Sherrilyn Ifill (“President & Director-Counsel of the NAACP Legal Defense & Educational Fund, Inc.”). There are 36 people on this commission! And now they will all get to stick their service on this commission on their resumes.

What is the point of this? Ben Sasse says he knows the end of it: this is Biden trying to placate the left for something he knows has zero support.

And who knows that Sasse is right? Joe Biden, circa 2005.

Who else agrees with Joe Biden? Um, that would be Joe Biden, circa 1987.

There's a very different Joe Biden in the White House. He's a doormat to the extreme Left. https://t.co/5ffexXEOZX

Oh dear. This is what happens when you spend almost your entire adult life in politics, in front of cameras. To be fair, Biden probably doesn’t remember saying any of this. Still, it would be hilarious to actually see Biden confronted with his own words. Instead, we have to settle for watching Peter Doocy ask Jen Psaki about it.

During a Friday press briefing, Doocy mentioned a previous quote from Biden on court-packing, “He said he thought that court-packing was a ‘bonehead idea’ when FDR tried it.”

Doocy asked Psaki, “Why ask a panel now to go and see if it is a good idea?”

The press secretary responded, “The panel’s being asked to take a number of steps including the pros and cons on exactly that issue but they will also be looking at the court’s role in the constitutional system, the length of service and turnover of justices on the court, the membership and size of the court, and the court’s case selection, rules, and practices.”

She added, “The makeup of this commission, which was vital for the president, is there are progressives on the court, there are conservatives on the court. People will present different opinions and different points of view and then they’ll have a report at the end of 180 days.”

Uh-huh yeah sure. There might be some recommendations, but since the hard left seems to be already realizing that many changes to the court (like term limits for justices) would require a constitutional amendment, they’re already announcing their next move – force Stephen Breyer into retirement so the left doesn’t lose a seat. Losing Ruth Bader Ginsburg really destroyed the left, and they don’t want to run any more risks of waiting on Breyer. Boy, they are just a smidge paranoid.

So, now we wait for a bunch of law professors and legal minds and leftist activists to tell us how to “fix” the Supreme Court so that the “court packing” that the Bad Orange Man did by getting to name three justices can be mitigated. And these same people used to say that Trump was the one who didn’t respect the institutional norms.