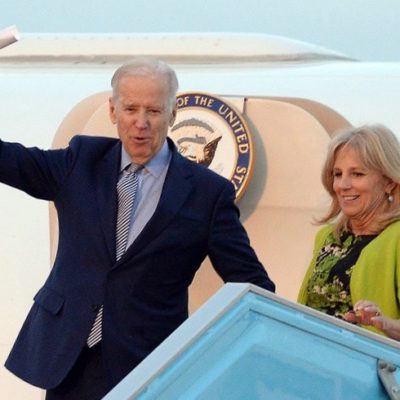 by Lisa Carr in media 6 Comments

Hollywood and the media have come together to formulate a five-day long propaganda “unity” event to welcome the Biden’s into the White House this week. After inciting violence and division for months, the Democrats now want “America United”.

Tom Hanks, who was one of the first celebrities to come down with a case of COVID-19 while in Australia, will be hosting a a 90-minute primetime Inauguration Day Special titled “Celebrating America.” Hanks will also be joined by Lady Gaga, belting out the National Anthem, Bruce Springsteen, John Legend, The Foo Fighters, Eva Longoria and Kerry Washington. The event will be broadcast on Wednesday, Jan. 20 at 8:30 p.m. ET on ABC, CBS, CNN, NBC, and MSNBC and can be streamed via the Presidential Inaugural Committee’s Youtube, Facebook, Twitter, and Twitch accounts. Remember the days CNN and MSNBC did not want to air Coronavirus briefings? They’ll spotlight those frontline workers now and bring on the rhetoric of “happier days” being ahead. Joe Biden to the rescue! Can hardly wait to hear individuals who spent the last four years disparaging our country talk about how great our country now is.

President-elect Biden and Vice President-elect Kamala Harris will also give remarks during the primetime special, touching on the diversity and talent of America. The musical performances will take place throughout the broadcast.-Variety

But fear not, if you snoozed through last night’s events, you can still catch a special “We The People” concert on the Inaugural Committee’s website tonight. (Is this mic on? They’ll be around all week.) Proceeds from donations will go to ActBlue, the activist arm of the Democratic Party. And while we speak of who is bankrolling this programming, we look right at our friends at Microsoft, Google, Verizon, Comcast and Qualcomm. But, look away. This is not propaganda. Fox News is.

To add to the propaganda of the week, there is even a curated playlist of 46 (wink, wink) songs that you can “dance the night away” to on Inauguration Day. On this list? I will bring you a fair warning that you may vomit in your mouth a bit. Songs like “Come Together”, “Pick Up The Pieces”, “We Take Care Of Our Own”, “You Make My Dreams Come True”, “Fool In The Rain” (should be “Fool On The Hill”), “Whatta Man” Is that politically correct enough for the woke-est of wokedom? Sadly, “Despacito” did not make the cut.

They’re okay as long as you’re wearing your mask and dancing in taped-off circles, 6 feet apart from others on the dance floor, outdoors. This from the playlist, “Destiny” by Burna Boy:

You don know, man, I gots it tough
Man, I slice up your head like a barber does
No, you no really really wan’ start with us
‘Cause we dangerous and hazardous
Skrr, beep beep when I’m parking up
California weed, man are sparking up
Man no send me of the means, them charging up
‘Cause we never smile when them try laugh with us
As a little youth it was hard enough
‘Cause da older guys them were starving us
So me hustle ’til me start live marvellous
Roll deep like I’m driving a party bus
We was just a bunch of f#ckin’ foreigners
No one to trust, I know that they don’t want me here
Came a long way from standing in the corridors
Dunking feds in the coroners, hey!-Destiny, Burna Boy

The Democrats across the nation are looking at this as a chance to “come together” and pushing this propaganda. They all want to be friends now, isn’t that cute? Sorry, but they do not get to do this with some of us. The bombardment of media and tech platforms seems a bit reminiscent of Hakyung Kate Lee’s 2018 account of North Korean television:

They usually started by praising Kim Jong-un and noted how foreign countries showed respect to the ‘Great Leader.’ At some point, it would shift to reprimanding the United States, directly or indirectly; throughout the week, six total minutes were devoted to criticizing America. Seven minutes throughout the week were devoted to introducing collective farms and discussing how tons of manure were ready for cultivating in the spring. And then there were a variety of reports on factories—13 minutes total, including a nine-minute report on the medicine factory Kim inspected on Friday.”-Hakyung Kate Lee, ABC News

The propaganda machine is a little backward here. For four years, media, celebrities and big tech have all spent time dissing our own America, directly or indirectly, criticizing our ideals, our President, banning those with opposing views from social platforms. America was never that great, they’d say. Now, this week, America is great again. We can celebrate, we can dance if we want to. We can sing the praises of Joe Biden and Kamala Harris, our great leaders of our country that (some citizens) are proud of once again. Count me out. I’ll Google YouTube NoKo propaganda videos of shoveling manure before I watch any of this. If there were a contest between us and the Norks of who is shoveling more manure on television this week, I’d say, tragically, America reigns supreme.