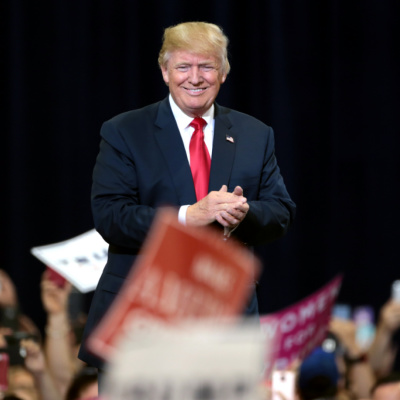 by Toni Williams in politics 15 Comments

President Donald J. Trump will leave the White House early on the morning of January 20, 2021. He is not sticking around to watch the Cheater-in-Chief be inaugurated. Quite frankly, I am glad. If Trump attended the Inauguration, it would give a legitimacy to Joe Biden that was never afforded to Trump. As we say goodbye to his Presidency, it is right that we should look at his accomplishments and ask which one was the greatest?

From the moment Donald Trump rode down the elevator in Trump Tower, he was an insult to the blue nose Republicans. He just was not our kind dear. Just like Ronald Reagan, the (ugh) B movie actor. After Reagan, we got Bush 41, Bush 43, and the bloodless candidacies of John McCain and Mitt Romney. We needed a hard-nosed, wheeler-dealer businessman, someone willing to get his hands dirty. Just the fact that Donald Trump was despised by the Country Club Republicans was great.

Donald Trump has been called a grifter by the snooty elites on the Left and by many of my own long time friends. I don’t think that word means what they think it means. Trump donated his Presidential salary, lost net worth, and, because of cancel culture, has little chance of making great deals in the future. Same with all of his family members. They have sacrificed for this country and taught some of us a lesson about sacrifice for something larger than ourselves. And, don’t get me started on the grifters of the Biden family. They aren’t the greatest at that. That shame goes to the Clinton Crime Family.

Trump was unabashed in his love of this Country. “Make America Great Again”, “Keep America Great” and “America First” all have one thing in common: America. Every Trump rally, every truck rally, every boat rally and every motorcycle rally was filled with happy patriots waving the American flag. Admit it, it felt so good to be proud of your country in public again.

The deregulation that opened up our economy to all would be enough for one term. The energy independence that Trump championed put money in American pockets and helped boost the economy, although it is soon to be overturned by the Green New Deal.

Trump moved our embassy from Tel Aviv to Jerusalem. This move was required as of 1999, under Bill Clinton. Every President since has promised to make this move. None did. Middle East war was predicted. Instead, Trump signed four more peace deals.

Let’s not forget the troops he brought home.

Even the formerly skeptical Dennis Prager thinks Donald Trump is a great President:

Do conservatives — or non-leftists, for that matter — appreciate just how terrific Donald Trump has been as president? And how lucky we are that he won the presidency?

What I do know is that they ought to be deeply appreciative of him, and deeply grateful for luck or providence, and certainly for Trump himself, that he was elected president. First, it is unlikely that any other Republican would have defeated Hillary Clinton. Second, he has not only surpassed many of our expectations but also thus far governed in a manner more consistent with conservative principles than any president since Ronald Reagan, and arguably Calvin Coolidge.

Everyone always talks about how egomaniacal Donald Trump, and the man does have quite the healthy ego. Let’s tell the truth here. Most successful people have huge egos. No one ever talks about how generous Trump is. He gives credit to anyone who helps him. He also calls out those who don’t help him.

Trump allowed us to see who was with us and who was agin us. He exposed not only the Deep State, but the sunshine patriots and country club Republicans.

Trump’s greatest accomplishment is never, ever folding. He hits back harder every time. I have waited since Reagan for a President who didn’t take the high road. When it comes to defense of the country, you cannot hit hard enough. And, the Democrats and Never Trumpers have proved that they are enemies of the country. We can never go to sleep again. No more bloodless, blue noses. We always have to stay ready and fight like Trump.