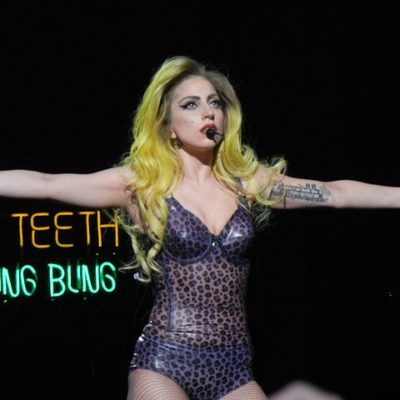 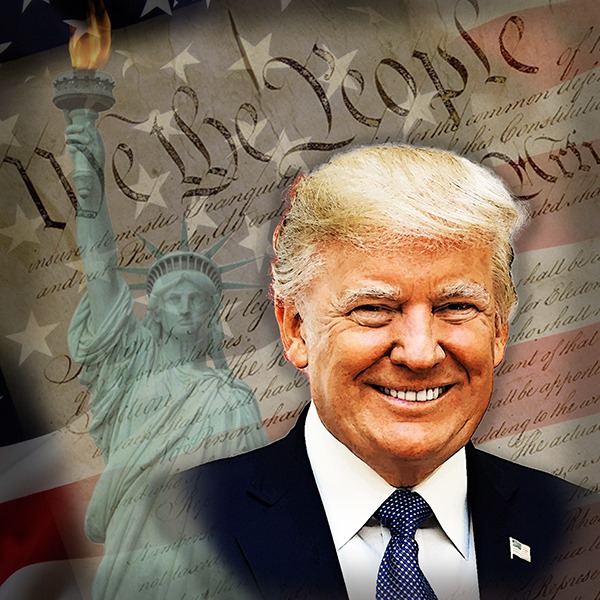 Promises kept. Yes, all candidates make promises, and then somehow those promises are never fulfilled. That has not been the case regarding President Donald J. Trump.

His campaign announcement was greeted with derision by the news media and political pundits who did their best to ensure no one following the rabid MSM would know what he said and promised.

The campaign was something to behold, and while we Victory Girls KNEW Hillary was wrong for this Republic on all levels, President Trump’s win was as shocking to us as it was for everyone else. At his Inaugural Address, President Trump further emphasized that he is here ONLY for the American people.

“At the center of this movement is a crucial conviction: that a nation exists to serve its citizens.

Their dreams are our dreams; and their success will be our success. We share one heart, one home, and one glorious destiny.

The oath of office I take today is an oath of allegiance to all Americans.” 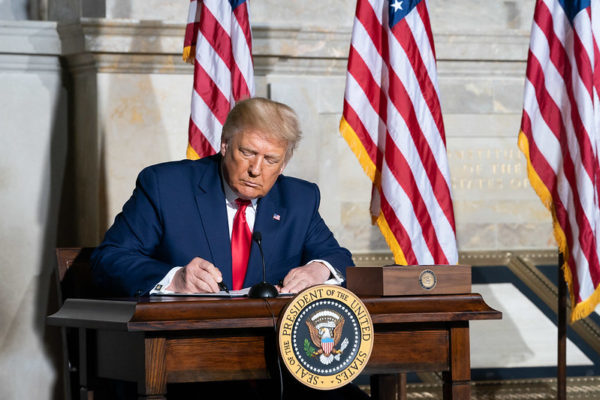 Taxes: The Tax Cuts and Jobs Act provided tax cuts of nearly 20% for small businesses, doubled the child care tax credit and standard deduction, and with that, even as we endured a COVID shutdown the GDP as Kim reported grew by 33.1% in the third quarter of 2020.

Oil & Gas: Our energy sector is roaring and we are independent of foreign oil, a plus in every direction.

Foreign Policy: getting us out of the Iran Deal, holding NATO’s feet to the fire, got us out of Obama’s Cuba deal, renegotiated successfully the new USMCA agreement that boosts trade with manufacturing, farmers, and opened dialogue with North Korea.

Moving our embassy to Jerusalem, and the Abraham Accords.

PRO-LIFE: First President to appear in person at the March for Life

In contrast, what will the Biden/Harris Administration do?

Obamacare: We Victory Girls know the ramifications of Obamacare. We’ve lost doctors, lost insurance multiple times, and watched our insurance and co-pays skyrocket. Yet, that is what the Biden/Harris team wants, they want TOTAL government run healthcare.

Joe Biden wants us to imagine what it is like to have a child with cancer and no coverage, his idea of saying Obamacare is the way it should be.

“Turns out there is a nightmare worse than one’s watching cancer brutalize one’s little girl. It’s having Obama’s law — which his vice president rightly claims as his own — collude with the disease against her.

COVID: They blame Trump, have gone anti-Vax soley because of Trump, and promote a combination of what states and federal government are already doing. We have masks, hundreds of small/medium/large companies had ramped up by the END OF MAY to make all kinds of PPE, masks, ventilators, and hand sanitizers.

“We cannot get the country moving until we control the virus" https://t.co/fB95MK2cgC https://t.co/8eQnm8oKM2

Foreign Policy: Biden/Harris want the Iran Deal, will immediately kowtow to China, and will ring in a newly minted International Green New Deal.

Fracking: A Biden/Harris Administration will ban fracking across the entire U.S., not just federal lands, shut down coal and oil, and hamstring us with solar and wind, neither of which are recyclable.

No freedom Of Religion

“Throughout his interview, Biden condemned as “discrimination” the idea that faith-based homeless shelters, adoption agencies, and other charities would refuse to endorse same-sex marriage, transgender identity, and experimental cross-sex drugs and surgeries. He acted as though any desire to follow a traditional Christian, Jewish, or Muslim view of sexuality and gender must be rank “discrimination.” This falls in line with the radical pro-LGBT Equality Act, which Biden said he would pass in his first 100 days, should Democrats win the Senate and hold onto the House.”

SCOTUS: No matter what they say, court packing is what they want. Furthermore, none of us will ever forget Kamala Harris for her condescending attitude towards Brett Kavanaugh, and her questions regarding Christine Blasey Ford’s unfounded accusations.

It was right and appropriate that Senator Lindsey Graham took the Democrats to the woodshed.

You want to know what the “dark days” were, Schumer? They were the days you subjected a great American family to the greatest scam witch hunt in the history of the Senate. Every decent American detests you. pic.twitter.com/Ob8fIaEGKv

The Biden/Harris campaign is one of doom and gloom. There are many who, while supporting them, are also informing us they still have PTSD from Hillary’s loss, want critical race theory promoted and taught from the federal to local levels, believe in the 1619 Project, and happily assist media and social media in censoring ads, media, and posts that runs counter to their preferred narratives.

We Victory Girls have our own reasons for support of Donald J. Trump for President.

Even though I voted for him in 2016, I didn’t trust him at all – about anything. This election, I’m happily voting for President Trump in part because of these Supremes: Neil Gorsuch, Brett Kavanaugh, and Amy Coney Barrett. He kept his word.

You hit him and Trump hits back harder. He doesn’t fold. He unabashedly loves this country. Despite what most people think, he’s very generous in his praise of others. Like when he gave the Rabbi unlimited mic time after the shooting or at any rally.

Because voting for Trump might buy our nation a little more time.

After years of carbon copy Presidents, each abusing the Constitution in their own way, I was weary. He’s the most libertarian president we’ve ever had, and I happily voted DJT 2020.

Trump wasn’t my first choice in 2016. At best, I thought he would govern as the moderate Democrat he had been until he became a Republican five minutes before running. However, I’ve not just been surprised by his unapologetic conservative governing, but that in the face of unrelenting hatred pointed his way including the attempts at a soft coup he just keeps fighting. And our nation needs a fighter, even if the pugilist doesn’t lift his pinky finger when drinking tea.

I wasn’t on the Trump Train in 2016. Rather, I voted against Clinton and for the Supreme Court. I couldn’t have been more wrong. This year, I’m voting for the man who’s bringing Middle East peace and who’s started no new wars, a first for any president in my lifetime.

When faced with voting Trump or Clinton in 2016, the choice was simple. Trump wasn’t a career politician. He’s crass and brash but you always know where you stand with him. He is also a fighter, as the last four years have proven. Throughout it all, he’s kept his promise to Make America Great Again. Now it’s time to vote for him again and Keep America Great!

I am voting for President Trump’s re-election because of these two acronyms: SCOTUS and GDP.

I didn’t vote for Trump in 2016 – I wrote in Mike Pence, because he was the part of the ticket I could support. Not only has President Trump earned my support on his policies over the last four years, the Democrats have lost their minds completely. They cannot be trusted with control when they can’t even control their hard left flank.

I was not a fan of Donald Trump in 2016. My vote for Trump was a vote against Hillary Clinton. While my vote for Trump is also a vote against Biden, my vote in 2020 is also a vote of confidence that Donald Trump has our nation’s best interests at heart. He may be abrasive, he may be a bit vain. Name me a celebrity or a politician who isn’t? He is calling out the hypocrisy and the establishment of the left which has made him far more likable in my book.

I voted for Donald Trump and hoped for the best. On so many levels he has exceeded my expectations. Abraham Accords! Didn’t see that one coming. SCOTUS. Tax cuts, pro-law enforcement. All while he is hammered from all sides by leftists from Congress to media to chattering pundit class. He’s keeping his promises against overwhelming odds.

There are others who will vote for President Trump, who didn’t before.

A. The Democrats move to the far left is pushing their vote to Trump

B. Authenticity per Clay Travis

Two themes that have been consistent with President Trump and Vice President Pence:

2. They are working for the American People.

But no one on the political and pundit stage listened. President Trump has. Promises Kept.

“Treat the word impossible as nothing more than motivation…”

President Trump has proven the political class wrong time and time again while accomplishing what many continue to tell us is impossible. He is only interested in one thing

“You, the American people, are my only special interest.” 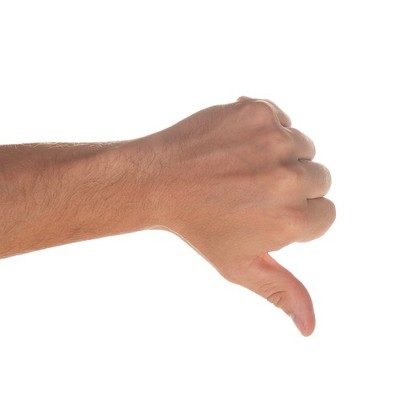