Next post
Tony Bobulinski And The Compromised Biden Family 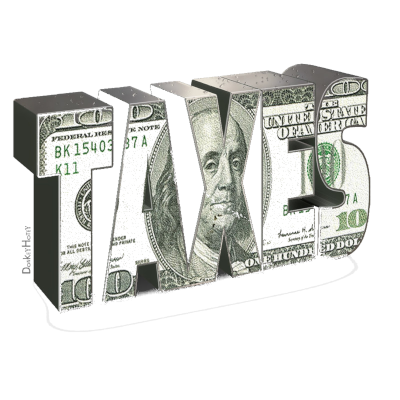 There should be no doubt the media is an active conspirator in trying to put Joe Biden in the White House. Forget the active hatred much of the MSM has for Donald Trump. Look instead at how it did everything possible to bury the stories surrounding Hunter Biden and the Chinese connection to his father. Look at how it ignores the very serious questions about why Biden suffers as many “gaffes” as he does. And look at how the media isn’t asking the hard questions about the taxes Biden’s paid–or didn’t pay. While you’re at it, ask why the Democrats have ignored the problems with Biden’s tax returns even as they yap at Trump’s heels like rabid chihuahuas, demanding he turn over his returns.

Even before Trump’s inauguration, the Dems have obsessed about his taxes. When it started becoming clear their attempts to impeach him would fail, House Democrats subpeonaed Trump’s tax records. Not to be outdone, the Manhattan District Attorney’s Office subpeonaed eight years of the President’s returns. Why? Because he wasn’t their chosen one. Because he dared thumb his nose at them. Because he wasn’t Joe Biden or Hillary Clinton or even Bernie Sanders.

Biden, not to mention other Democrats who hoped to gain their party’s nomination, started harping on Trump’s tax returns long before primary season got into full-swing. They accused him of cheating on his taxes, of using tax loopholes to avoid paying his fair share, of being–gulp–a capitalist who sometimes won and sometimes lost the financial gambles he played.

And yet, when Biden began releasing his tax returns, the Dems turned a blind eye to his use of tax laws and loopholes to avoid paying “his fair share”. Of course, most of the rest of us weren’t surprised. How could we be when this is just more of the gameplay of the Democrats over the last 90 years or so. How often have we heard there should be more taxes on the wealthy and yet wealthy Dems never seem to be impacted? How often have we heard wealth should be redistributed and–again–wealthy Dems never seem to step up to practice what they preach?

Now good ole Joe enters the scene. He wants to show he’s one of us, so he released his tax returns. Remember, the latest one he released, if I remember correctly, came just hours before the first presidential debate. Hmmm, wonder why he waited so late in the day to release that particular return? Could it be he didn’t want Trump’s people to have long to look at it? Especially since he knew neither his own party or the media would do a deep dive into the return?

My guess? That’s exactly why he did it when he did. Remember, this is the guy who refinanced his house 21 times between 1972 and 2008. . . without any banker or campaign consultant or anyone in the media raising red flags about it. Can you imagine how your friendly neighborhood banker would respond if you came in to refinance your home three times, much less 21 times? This is the man who has been in politics–federal politics–that entire time. A man who made more as a politician than many of us make in our blue or white collar jobs.

That fish is starting to smell. So where was the media?

Fast-forward to 2019. In July 2019, he released his 2016-2018 tax returns. The Wall Street Journal, doing what any GOOD journalist should do, analyzed those returns. Guess what they found:

[T]he former vice president and his wife Jill funneled most of his book and speech income through two S corporations. The corporations gave the Bidens more than $13 million in total profits, while distributing less than $800,000 to them as salary.

Hmmm. So he used the tax codes to avoid paying taxes. Doesn’t that sound a lot like what the Dems have tried to accuse Trump of doing? So where is the investigation into Biden’s tax returns?

Here’s a hint: the House Ways and Means Committee refused to request a subpeona to look into what can, at best, be called questionable claims on his tax returns, at least if you use the same standard they apply to Trump.

For the past two years since leaving the Obama administration, Biden has structured his finances to take advantage of a tax loophole that kept the Bidens from paying thousands of dollars in additional taxes to fund the administration’s signature health-care law, the Affordable Care Act, popularly known as Obamacare. Several experts who analyzed Biden’s released financial documents for the Wall Street Journal have called the arrangement legally questionable.”

And where was the media coverage for all this? Where were the deep dives into his records and the probing questions? I’ll tell you where they were. They were in the newsroom, doing all they could to twist and manipulate the news to cover up for Biden while trying to sink Trump’s re-election bid.

The Bidens reported $517,334 in wages, including $135,166 from Joe Biden’s role as a professor at the University of Pennsylvania and $73,286 from Jill Biden’s teaching at Northern Virginia Community College. The tax returns also show wages of $112,500 from CelticCapri Corp. and $196,432 from Giacoppa Corp., entities owned by the Bidens.”

Must be nice. Maybe us Average Joes and Janes and whatever else we want to call ourselves should form S-Corps as well. Somehow, I doubt the IRS will stand by and watch as we shelter our hard earned money to prevent Uncle Sam from getting his cut. So why has Biden gotten a pass? Why are the red flags–remember those 29 re-fis?–being ignored?

Instead, we get articles which tell us he paid lots and had a high tax rate. But there is this little gem, something else the MSM have overlooked talking about every time it tells us we need to elect Biden because he will lower our taxes.

Notably, the Bidens were limited to the maximum $10,000 deduction for state and local tax (SALT) payments under the Tax Cuts and Jobs Act (TCJA) provision spearheaded by the Trump administration. Without the limitation, the total SALT deduction would have been $111,717. Biden has advocated a repeal of the TCJA limit on SALT payments.”

So, let’s see. The man who wants to make the rich pay more in taxes, the one who tells us there is a need to redistribute wealth, also wants to repeal the maximum deduction rate Trump championed. Tell me again who is looking out for the lower and middle class?

I don’t know about you, but I wouldn’t argue about paying 31% of my “income” in tax if I was funneling much, if not most, of the money I made into S-Corps. But if I, as a candidate, really wanted the level of “transparency” the Biden camp claims, wouldn’t that mean I’d also be detailing not only how much money I’d funnelled into my shell companies but also why? If I wanted to prove I felt the rich were wrong to use tax loopholes to get out of paying taxes, wouldn’t I actually take the money I earned in the form of taxable salary instead of feeding it into a corporation and lowering my tax bill by thousands–or more?

As the Wall Street Journal noted earlier this month, “it’s easier to avoid taxes when you own a business.”  According to the WSJ, Biden avoided paying as much a $500,000 in 2017 and 2018 by funneling the money into his companies. Now, he got a bit smarter in 2019–gee, wonder why? Could it be because he didn’t want to risk someone in the media not following their Democratic masters and actually trying to follow the money?–that number dropped to approximately $10,000.

Red flags once again ignored by the House, by the IRS and by the media.

Man, must be nice to be the annointed one.

But it doesn’t stop there. Not only does he make use of the loopholes the Dems have condemned Trump for using, he wants to “rewrite” the tax code in such a way it will cripple much of our economy. Oh, he’s going to do it to help us “recover” from the economic crisis brought on by Covid-19. He’s going to tax the billionaires.

Wanna bet they’ll do exactly what he has over the years? Use the code to protect their assets. And, if he really does his way, how many of those billionaires will continue to keep their money, their investments and their companies here in the US?

More red flags being ignored by the media.

No, that’s not right. These flags are being embraced by the media.

It is up to us, you and me and other folks out there who know what it is like to actually work for a living, to ask the hard questions. It is up to use to go to the voting booths and make sure Biden is not election. Do not let his empty promises of economic equality fool you. That is the same sort of rhetoric used by Lenin and others as they led their countries into the horrors of Communism.

With the election less than a week away, it isn’t too late to let your voice be heard. Stand up. Speak out. Do not let your voice or your vote be silenced.

And ask why Biden isn’t being held to answer questions about his son, China and their dealings and ask why his taxes aren’t being scrutinzed the same way Trumps are. It is time the blind eye is opened. It must be now, before it is too late.