Previous post
Most Likely A Woman: Will It Be Amy Coney Barrett? 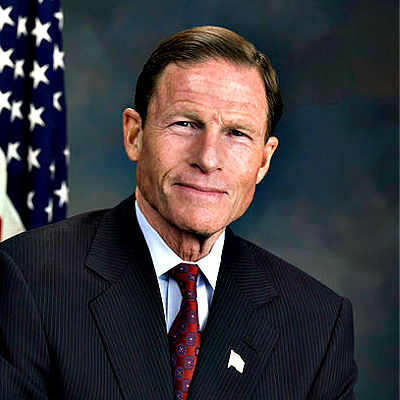 Senator Richard Blumenthal (DaNang, CT) issued a threat to the Republicans on Twitter,regarding the next SCOTUS pick after the death of Ruth Bader Ginsburg. DaNang Dick Blumenthal is a typical Twitter keyboard bully. The fearless Tammy Bruce fileted him, and it was a yummy delicious filet.

For years, Richard Blumenthal bragged about his Vietnam service. After getting multiple deferments, Blumenthal finally latched on to a spot in the Marine Reserves. He worked on Toys for Tots, a worthy cause, and rebuilt a campground. He held himself out as a Vietnam veteran. From the NY Times:

At a ceremony honoring veterans and senior citizens who sent presents to soldiers overseas, Attorney General Richard Blumenthal of Connecticut rose and spoke of an earlier time in his life.

“We have learned something important since the days that I served in Vietnam,” Mr. Blumenthal said to the group gathered in Norwalk in March 2008. “And you exemplify it. Whatever we think about the war, whatever we call it — Afghanistan or Iraq — we owe our military men and women unconditional support.”

There was one problem: Mr. Blumenthal, a Democrat now running for the United States Senate, never served in Vietnam.

Can you say “Stolen Valor”? Sure you can. I have no problem with anyone who got deferments for any reason. Those who took deferments probably saved lives, if you catch my drift. I do have a problem with claiming you were “there” when you were not. Instead of being humbled by being called out for his lie, Blumenthal has stayed the arrogant cyprinid that he is.

Justice Ruth Bader Ginsburg died on Friday night (May her memory be a blessing.) and immediately the speculation began about her replacement. Richard Blumenthal tweeted his threat:

If Republicans recklessly & reprehensibly force a SCOTUS vote before the election—nothing is off the table.

Oh my, Dick. Recklessly and reprehensibly. How regrettable? But, radio host and Fox News contributor Tammy Bruce got out her filet knife and removed the bones from Dick Blumenthal.

Dick Blumenthal could learn a lesson in grace and class from President Donald Trump:

Caught off guard, Trump gave the perfect answer. He could have dinged Ginsburg for saying things about Trump that were not judicious. He didn’t.

Tammy Bruce is on it. The Democrats have tried to undermine every institution in our country. For months, they have been fomenting violence, and in some cases financing it. Tammy’s answer, “Or what?” is right. Or what, Dick? What have you got left? Tammy has more knives, I am sure.