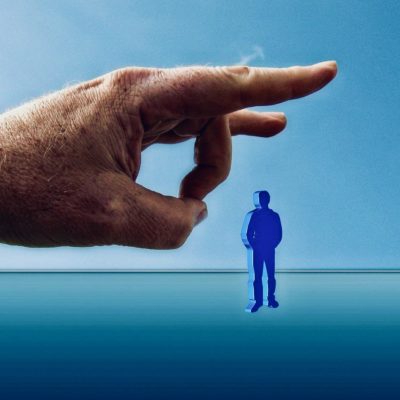 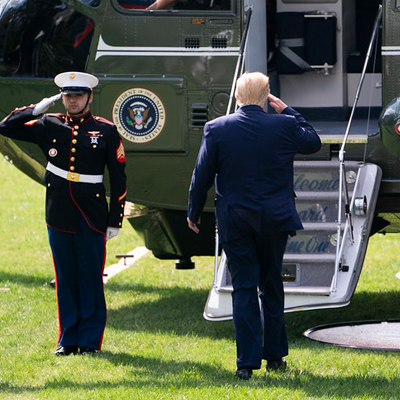 The First Patient of the United States, Patient POTUS, spoke out from Walter Reed hospital on Saturday. He seemed tired, and didn’t have his characteristic orange hue. But he expressed optimism for a return to health. President Trump also thanked the American people for their love.

He also reported that the First Lady Melania is doing well, joking that it was to be expected since she’s “slightly younger.”

If you’re like me and concerned about the President, that video came as a cautious relief. I recalled when I had a bout of pneumonia several years ago, and would probably not have been able to give a four-minute address. I felt like a truck had hit me.

Also on Saturday, White House doctor Sean Conley reported that Trump received a second dose of the antiviral Remdesivir. While he received the drug “without complications,” the President is still “not yet out of the woods,” according to Dr. Conley.

“President Trump continues to do well, having made substantial progress since diagnosis. This evening he completed his second dose of Remdesivir, without complication. He remains fever free and off supplemental oxygen with a saturation level between 96 and 98% all day.”

“While not yet out of the woods, the team remains cautiously optimistic. The plan for tomorrow is to continue observation in between doses of Remdesivir, closely monitoring his clinical status while fully supporting his conduct of presidential duties.”

Yes, despite being a COVID patient, President Trump spent Saturday afternoon conducting business, even moving around his suite without problem.

But you know that the media will find fault with Everything Trump, even while he is ill. The most unhinged reaction to Patient POTUS’s video came from Gabriel Sherman, writer at Vanity Fair. He first claimed that “sources” informed him that Trump had heart palpitations as a side effect of his treatments. He also worried that Trump would appoint Ivanka to take over the presidency, rather than Vice President Pence.

Yes, he really said that.

Sources: Trump had heart palpitations on Friday, a possible negative side effect of Regeneron antibody treatment. His fever reached 103. And a G7 ally wonders if he’ll appoint Ivanka president instead of Pence. My latest:
https://t.co/ND8zVtyodU

Not only that, but Sherman also said he saw a man in medical distress in that video. His breathing was labored. He was leaning on the table for support.

And there was fear, fear in his eyes.

Just watched Trump hospital video a second time. His breathing is clearly labored. He seems to be leaning on table for support. And there’s so much fear in his eyes.

Ah, the old “fear in his eyes” diagnosis. Gabriel Sherman may not need Remdesivir, but he could probably benefit from some Zoloft for his panic disorder.

There are other detractors in the media, eager to find fault with any positive picture that might emerge about Patient POTUS. They’re not as hysterical as Gabriel Sherman. But the New York Times found “outside experts” who suggest that Trump’s condition may not be so rosy. Never mind that the “experts” haven’t examined him, nor are they his physicians. But they point to the medical regimen that Trump is receiving, looking at it with suspicion.

That’s because one of the therapies being used consists of monoclonal antibodies made by the company Regeneron, and it’s only in the earliest phases of testing. However, it seems to be designed for patients whose bodies can’t create an effective immune response on its own. This, concludes the NYT, indicates that Trump may have a less-than-ideal immune system. Plus, this drug cocktail is a bit too experimental for some of the experts.

But hold on — the Washington Post also questions whether or not Trump should receive this experimental therapy. But that’s because of politics. “A special patient gets special care,” the WaPo whined in its headline, complaining that “VIP treatment is a feature of American medicine.” As Jeanne Marrazzo, an infectious disease specialist argued:

“. . . our health-care system already distinguishes between people deemed worthy of the highest level of care, and that is the fact and the reality in our society.”

However, this VIP patient is the President, whose health is consequential to the entire nation. As Dr. Peter Hotez of Baylor College of Medicine noted:

“If he died, the security risk would be extraordinary. . . . It could have been very destabilizing.”

Then there’s the matter of President Trump’s physician, Sean Conley. You see, the New York Times may be wondering if he is a “real” *cough cough* doctor at all.

That’s because Dr. Conley, who has served as a Navy emergency physician since 2006, is an osteopath. He graduated — not from Harvard, or Stanford, or Johns Hopkins — but from the more plebeian Philadelphia College of Osteopathic Medicine, after first receiving a bachelor’s from Notre Dame.

Even worse, Conley has supported Trump taking hydroxychloriquine, although at his press conference on Saturday, Conley said that Trump is not currently using the drug.

“We discussed it. He asked about it. He’s not on it now.”

You know that there are writers at the NYT who now regard Dr. Sean Conley as some sort of quack.

The media pick away at Patient POTUS like vultures on carrion. But I have a better idea: let’s pray for his return to health. As New York Times columnist Ross Douthat, a Christian and a conservative who is no fan of Trump, wrote on Friday:

“You can’t pray to a writer’s room, but you can pray to God. And so we should pray for the president’s swift recovery, that all those infected around him recover soon as well, and that the falling action of 2020’s drama would spare as many lives as possible.”

Whether you like him or not, President Trump needs our prayers, and so does the nation.