Next post
AG Barr Looks for Lifting of Draconian Measures 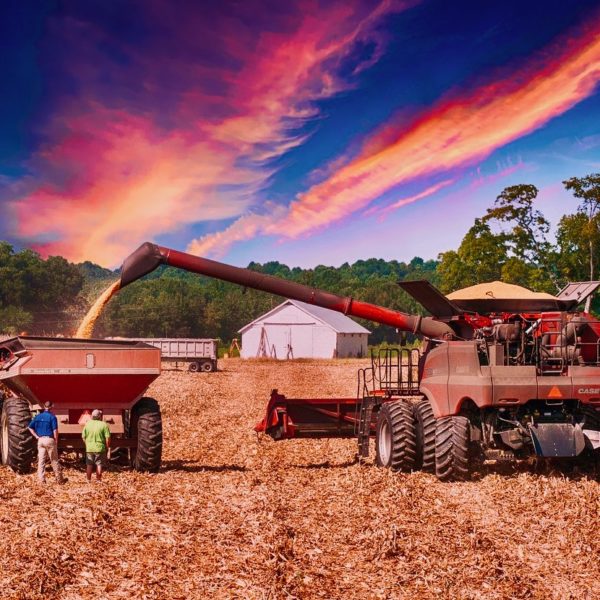 by Nina Bookout in People 14 Comments

Quite frankly, our food supply and agriculture industry cannot afford this economic shutdown much longer. Every food item at our stores is sourced from a farmer or rancher. What happens if they can no longer afford to grow/raise the food we eat?

Right now there are thousands of dairymen, cattle ranchers, vegetable farmers, and more whose food product is going to waste. Why? Restaurants, schools, farmers markets, and more were shut down across this country. Which meant that their product went nowhere. Therefore it was rotting on the ground, dumped down the drain, or stuck at the feedlot or packing plant.

I have family that supplies chickens to poultry companies for stores/restaurants. The company can't move the chickens so freezers are full. Grocery store meat sections always emptied out. Why aren't they taking chicken? Something is off in this whole mess for sure.

I watched in real time as Sam’s was limiting the amount of ground beef people could buy. You thought it was only limits on toilet paper, paper towel, and diapers? Nope. Try FOOD. With supply chains shut down, food doesn’t get harvested or is plowed under.

“Mounds of harvested zucchini and yellow squash ripened and then rotted in the hot Florida sun. Juicy tomatoes were left to wither — unpicked — in farmers’ fields.

Thousands of acres of fruits and vegetables grown in Florida are being plowed over or left to rot because farmers can’t sell to restaurants, theme parks or schools nationwide that have closed because of the coronavirus.

Other states are having the same issues — agriculture officials say leafy greens in California are being hit especially hard, and dairy farmers in Vermont and Wisconsin say they have had to dump a surplus of milk intended for restaurants.

With most of its harvests in the winter months, the problem is acute in Florida. For example, a few dozen people clamored to buy 25-pound (11- kilogram) boxes of Roma tomatoes direct from a packing plant over the weekend in Palmetto, a city on the western coast.”

You see, the models everyone including Drs Birx and Fauci have been touting have been wrong at every turn. Yet those were the numbers used to shut down the economy. This is what Bill Bennet and Seth Liebsohn proposed on March 31st.

“To help restore a sense of calm and normalcy, we ought to look at this disease at its center of harm and engage something like a more vertical strategy as Thomas Friedman recommended, “sequestering those among us most likely to be killed or suffer long-term damage by exposure to coronavirus infection … while basically treating the rest of society the way we have always dealt with familiar threats like the flu.” The horizontal strategy of “restricting the movement and commerce of the entire population, without consideration of varying risks for severe infection,” is too blunt, too paralyzing — and too haunting.”

Everyone in this country was/is considered a virus risk, hence shutting down the world. But we need food to sustain ourselves. However, planting your own garden is, hello Vermont!, not allowed according to some.

What we must recognize, as Ray Hunkins points out, is that one size does not fit all. The idea that Wyoming must implement the same type of orders as a Baltimore, Las Vegas, or New York City, is ludicrous given the vast differences between each of them. But stimulus for small business! Except that it’s a small very short-term solution if we don’t reopen the economy now.

Right now this is critical planting time for farmers.

“A peach [that] is good today is not good tomorrow. That’s how quick things ripen,” Chalmers Carr told CNN Business. Carr owns and operates Titan Farms in Ridge Spring, South Carolina, where he grows peaches on around 6,200 acres, in addition to bell peppers and broccoli.
For blueberries and strawberries, he said, “if you leave them on the bush or the vine one extra day, they’re virtually worthless.” Even more forgiving crops, like bell peppers, have a short harvesting window of two to five days, Carr said.”

Here in the Rocky Mountain region, farmers are getting the fields of corn, wheat, hay, lettuce, squash, asparagus, cabbage, herbs, and more ready for planting. Calving season is underway as well. At the same time, farmers and ranchers are also having to convince government idiots that what they do – GROW FOOD!- is essential!

Do you want food on your table? Of course you do. In that case, we need to get VERY realistic and be prepared to take a big calculated risk.

We need to reopen our economy NOW or our food supply will crater even more. Ranchers and farmers will go out of business, and food prices will skyrocket. Do you want that? I didn’t think so.