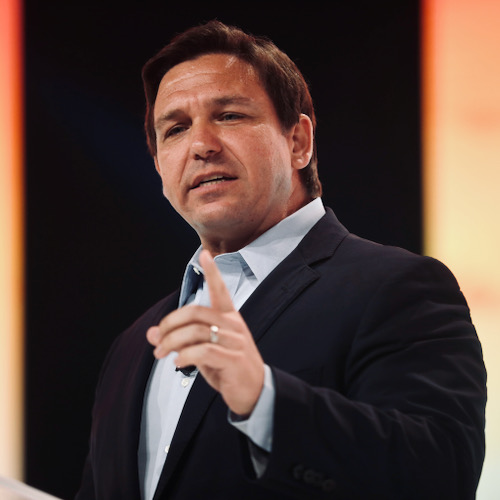 Governor Ron DeSantis was on fire yesterday. In a five minute speech he eviscerated Joe Biden’s little lecture from the day before.

“I say to these governors … if you’re not going to help, at least get out of the way.”

Asked later if DeSantis and Abbott were making calls that harmed their citizens, Biden said: “I believe the results of their decisions are not good for their constituents.”

If you only read or watch the Democrat media complex, then you’d think every single person in Florida and Texas is dying of Covid. Except they aren’t. In Florida the case rate is at approximately 18% right now. The percentage of deaths across the population is at 1.5% and there are over 11 MILLION people in the state that are fully vaccinated, with 85% of the senior population vaccinated.

So, for Joe to passive aggressively attack Florida and Texas when this data is readily available tells me one thing. Ron DeSantis and Greg Abbott are living rent free in the heads of everyone in the Biden Administration (Joe’s is empty so there’s that).

Joe lectured the two Republican governors because A. They’ve dared to push back against the Biden Administration, and B. They are a threat to his power grabs and everyone knows it.

Wow — Psaki doing politics from the podium here against a Governor she knows could challenge her boss in '24 and faces reelection next year.

Not to mention that he's been promoting vaccines since they first arrived in Florida so this is all very dumb. https://t.co/B2RCZ3Epfh

Oh CNN, you do you. DeSantis wasn’t mocking Joe Biden, he was bluntly telling the man to DO HIS DAMNED JOB.

Ron DeSantis has been honest with Florida citizens, he protected those in nursing homes, a stark contrast to Andrew Cuomo, has been promoting vaccines, set up multiple testing and vaccine sites across the state, AND lets Florida citizens make their OWN choices without government intrusion or fear-mongering.

Specifically speaking about Biden’s push for mask and vaccine mandates, such as what New York City has imposed, DeSantis said the following:

“He wants that, but yet if you want to vote, he thinks it’s too much of a burden to show a picture ID when you’re voting,” the governor went on. “So no voter ID, but you have to show your medical papers just to be able to live an everyday life? Give me a break.”

DeSantis added that America faces a choice between being a “free society, or we can have a biomedical security state. And I can tell you, Florida, we’re a free state.”

DeSantis ripped Joe Biden for lecturing Florida on Covid cases while keeping the border wide open. The border is SO wide open that CBP and ICE are completely overwhelmed. The border is SO open that Catholic Charities is busing illegal immigrants to cities of their choice, without even being tested or vaccinated. And now there are new tent cities on the Texas border.

UPDATE: According to a city of McAllen press release, this tent compound is to house illegal immigrants released from federal custody who have tested positive for COVID-19. https://t.co/nj1nffPVo9

Yet Joe Biden and the Administration want us to ignore those issues and would rather pick a fight with Ron DeSantis.

But if you believe the Democrat media and gropy Joe, Florida is at the top of the list! Gosh darn those facts!

THIS specifically is how EVERY Governor should be acting on behalf of the citizens of their state.

But let me tell you this, if you’re coming after the rights of parents in Florida, I’m standing in your way, I’m not going to let you get away with it.

I stood up and cheered when he said that. He is exactly right. The Biden Administration is harming this country. They are creating national security threats by keeping our border open.

They are definitely responsible for the vaccine hesitancy across the United States purely because the Biden Administration, the CDC, and the Fauci troll have been sending out mixed messages on a daily basis.

Ron DeSantis has been doing his best to combat that, which is why the Biden crew keeps targeting him and trying to shame Florida. And, as we’ve now seen, their little attack lecture is backfiring …BIGLY.