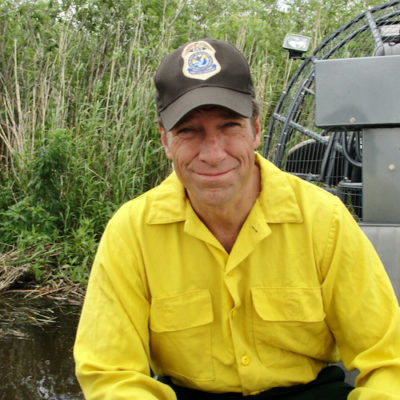 Next post
Mike Rowe And Mixed Messages Regarding Vaccines 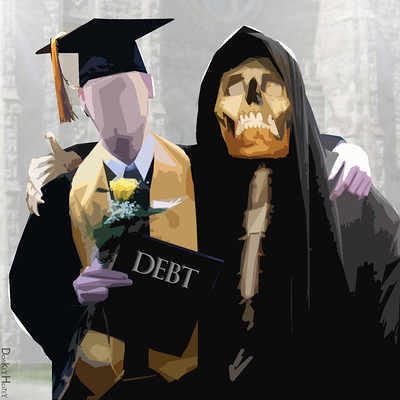 Joe Biden and gang didn’t stop with pushing for a moratorium on renter evictions. Now he’s extending a pause on repayment of student loans.

Oh, don’t worry. It will last only until January 31, 2022. Besides the Education Department promised that this would be the final extension of the pause. Then that’s all, folks!

The pause on student loans began in March, 2020, in reaction to Covid-19 shutdowns. The moratorium was supposed to end by October, but the Biden administration decided to squeak out a bit more time for graduates who owe on their loans.

“The payment pause has been a lifeline that allowed millions of Americans to focus on their families, health and finances instead of student loans during the national emergency. As our nation’s economy continues to recover from a deep hole, this final extension will give students and borrowers the time they need.”

While Joe Biden — or whoever writes his statements — proudly declared that the pause was a “critical lifeline.”

“The pause has been a critical lifeline so they don’t have to choose between paying for basic necessities or their student loan during the pandemic that upended their lives.”

But, even though the economy added 943,000 jobs last month — exceeding Wall Street’s prediction of 845,000 — the poor dears somehow still need help to pay their student loans. So they got another break.

Sure, it is. And if you believe that. . . well, there’s this Nigerian prince who wants to wire you some money.

You know what’s next: student loan cancellations. And looky here — right on cue, socialist Democrats (but I repeat myself) call out to #CancelStudentDebt.

Like Squad member Ayanna Pressley, who pulled the racial justice card, too.

We’ve been fighting hard for this.

And. . . didja notice you was standing next to Pressley? None other than Sen. Elizabeth Warren, the Queen of Student Loans Forgiveness. Not only did Warren call on Biden to cancel student debt, she wants free tuition, too. Yay!

“Extend the pause on payments. #CancelStudentDebt. And invest in free technical school and two- and four-year public college to prevent the next student debt crisis.”

While Cori Bush, fresh from her Let-Them-Eat-Lead-While-I-Keep-My-Police show, celebrated the victory Biden handed to students and renters.

On Tuesday we won an extension of the eviction moratorium.

Today, we won an extension of the student loan payment pause through January 2022.

“Excellent. Why not cancel student loan debt? If we can give handouts, loans, and tax cuts to the rich?”

But you know who’s going to pay to bail out student loans, don’t you? Not the rich, that’s for sure. The middle class will. And while rental property owners — mainly mom-and-pop operations — might get screwed by deadbeat tenants, the universities will still get their money. Courtesy of the taxpayer, of course.

The dirty little secret, however, is that in 2019, only 41% of Americans 18-24 attended college, which leaves over half of citizens who never went to college on the hook. Not only that, but 40% of student loans are owed by graduates with advanced degrees, many of whom are affluent professionals. Should they get their loans canceled?

And what about those college graduates who have paid off their loans? Or their parents, who carried the freight for their kids’ college? Will they get a break?

Like hell they will. Remember Elizabeth Warren’s response in 2020 to the Iowa man who dared ask her that question? She told him to pound sand.

Now being the savvy readers you are, you know perfectly well what those Democrats are up to: sheer pandering for votes. First, they show themselves as the “compassionate” party which extends a moratorium on student loans during the Covid pandemic. But then — ta da! — the Delta variant shows its ugly little head, and the Dems declare that the poor Millennials and Zoomers need another repayment extension.

And while the Biden Gang insists that “no, this is really the end,” that’s as believable as the loathsome Randi Weingarten, president of the American Federation of Teachers, promising that this fall, yes, teachers will really go back into the classroom *wink wink.*

Because the goal is full cancellation of all student loans. And then free tuition for all.

Joe Biden and the Democrats are in deep yogurt right now, and they know it. Parents are becoming wise to Critical Race Theory being foisted on their young kids, and they’re rebelling. The fearless Florida Gov. Ron DeSantis has handled the Covid pandemic far better than lockdown-loving Dem governors. NY Gov. Andrew Cuomo — once the media darling — is barraged with sexual harassment accusations (even though the nursing home Covid deaths for which he is responsible are far worse). They want to kick him under the bus and hope you don’t notice, just like Hunter Biden’s laptop.

Polls show that Americans increasingly believe the Ship of State is headed into disaster. And the captain at the helm of this shipwreck is none other than feeble, cognitively declining Joe Biden.

So the Democrats do what they always do: throw a sop to the masses to ensure their votes. And who better to fool than the young skulls-full-of-mush who graduate with Womyn’s or Ethnic Studies degrees and don’t know how the hell they’re going to pay for it.