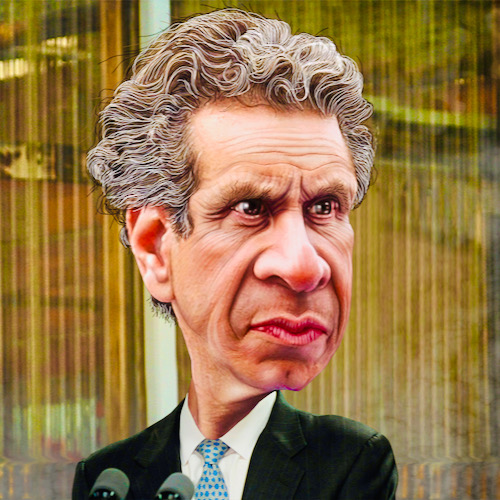 The nursing home investigations in four states have been halted according to the Biden DOJ. It seems there is supposedly not enough information to warrant continuing the investigation. At least that is what the Biden DOJ is trying to sell us.

Which states are getting a free pass from the DOJ? How about Pennsylvania?

The Department of Justice (DOJ) on Thursday said it will not open an investigation into Pennsylvania’s handling of COVID-19 patients at nursing homes, The Associated Press reports.

The DOJ told Gov. Tom Wolf’s (D) office in a letter that it would not look further into whether the state’s pandemic mandate, which stipulated that nursing homes had to admit residents who had been treated for COVID-19 at a hospital, was a violation of federal law.

They won’t investigate in Michigan either. So Gretch the Wretch won’t be held accountable for her unreasonable and dangerous demands. New Jersey also got a free pass.

As did New York.

“We have reviewed the information provided by these states along with additional information available to the Department,” Deputy Assistant Attorney General Joe Gaeta wrote Friday.

“Based on that review, we have decided not to open a CRIPA investigation of any public nursing facility within New York, Pennsylvania, or Michigan at this time.”

I cannot imagine why the Biden DOJ won’t run investigations into the nursing home issues and deaths that happened last year. I mean, it’s not like Merrick Garland isn’t just shilling for the Biden Administration and pandering to those Democrat run states…right?

The DOJ admits that even they were receiving incomplete information these last months from all four states. One would think that big red flags would fly regarding any state withholding critical information like that, but evidently this is the kinder, gentler, ‘we see nothing, we know nothing’ DOJ.

As we’ve noted here multiple times, the governors in those states, during the lockdowns while people were trying to find PPE equipment, issued orders for elderly with Covid to be released back into the nursing homes.

Andrew Cuomo made sure to cover up the information about that and has had his people stonewall the numerous investigations, which led to staffers admitting to their Democrat pals in New York that they hid nursing home death data ON PURPOSE.

Yet the DOJ is now trying to tell us there was nothing to see here? No investigation is needed?? Tell that to the families who lost loved ones when those edicts were in place.

Haydee Pabey, whose mom died of COVID-19 in a northern Manhattan nursing home, said. “My heart is broken all over again.”

“I do believe this is political. Biden doesn’t want to shed a negative light on Cuomo, the Democrats and the Democratic Party. He’s trying to sweep this under the rug.”

Congressman Steve Scalise has been pushing for a full investigation for months now.

Thousands of New Yorkers have demanded an investigation for months.

We were all right.

Cuomo's cover up was just exposed by his own aide.

Yesterday he wrote a scathing statement to the Biden DOJ about dropping the nursing home investigations.

Where is the Justice for Nursing Home Victims & Their Grieving Families?

It is outrageous that the Department of Justice refuses to investigate the deadly ‘must admit’ orders issued by governors in New York, Pennsylvania, and Michigan that resulted in the deaths of thousands of senior citizens. Where is the justice for nursing home victims and their grieving families? These deadly orders contradicted the CDC’s guidance, and needlessly endangered the most vulnerable among us to the deadly COVID-19 virus. Even worse, Governor Cuomo in New York intentionally tried to cover up the true death toll resulting from his mandate. Grieving families deserve answers and accountability. It’s unconscionable that Biden’s Department of Justice refuses to investigate the deadly actions that went against CDC’s medical guidance taken in these states.”

Needless to say, Janice Dean is both enraged and heartbroken.

A terrible day for thousands of families. In a letter to @SteveScalise, @TheJusticeDept wrote that they were dropping the nursing home investigations in all states including New York. There will be no justice for our loved ones, and it feels like we’ve lost them all over again. pic.twitter.com/DV7uNRMr9D

This morning she was even more pointed about how egregious this decision was.

I cannot imagine the grief and anger the families are feeling right now.

Nursing homes are Petri dishes for infections, we all know that. Yet this deadly virus was pushed into those homes by dangerously arrogant governors who care only about power. The lives of their constituents? To hell with them!

The Biden DOJ refuses to continue with the nursing home investigations in four BLUE states. In other words, let’s let our Democrat pals skate while trying to gaslight the country into believing that Democrats are the party of compassion.