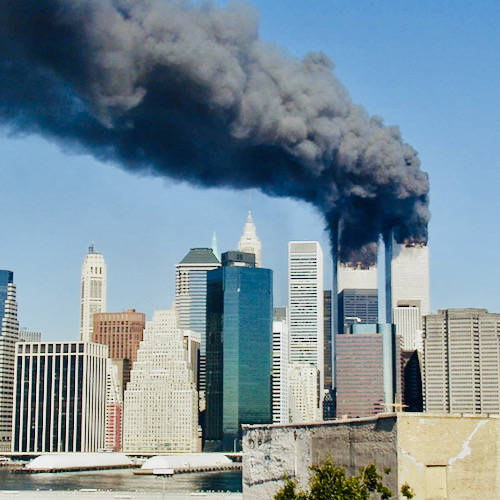 9/11 families don’t want Joe Biden anywhere near the memorials next month, and I completely understand their reasoning.

“We cannot in good faith, and with veneration to those lost, sick, and injured, welcome the president to our hallowed grounds until he fulfills his commitment,” the statement said, which was obtained by NBC News.

“Twenty years later, there is simply no reason – unmerited claims of ‘national security’ or otherwise – to keep this information secret,” the group said in their statement. “But if President Biden reneges on his commitment and sides with the Saudi government, we would be compelled to publicly stand in objection to any participation by his administration in any memorial ceremony of 9/11.”

It has been twenty years since we are attacked by terrorists. It has been twenty years for the families left behind asking for and never receiving answers as to who aided and abetted those terrorists. Every rational person knows those hijackers didn’t just materialize out of thin air. Someone vetted them, trained them, gave them food and clothing, forged paperwork, and more.

Rightly so, the 9/11 families want and DESERVE answers. But, in the name of national security, they’ve been given the run around for far too long now.

Oh sure, I completely understand in the first few years, why there would’ve been issues of providing that information. But now? Twenty years later? When it’s likely that some of those who helped the terrorists have themselves been killed or died of old age?

One thing is clear, members of our government agencies, specifically the State Department and likely the CIA and FBI don’t want this information made public. Partly because it would or could harm relations with Saudi Arabia. Per the 9/11 Commission report, there was no finding that anyone in the Saudi Arabia government was involved in the attacks.

It did, however, identify Saudi nationals as a major source of funding for Al Qaeda. The Saudi government has denied any connection to the attacks.

Eagleson said he is convinced that senior leaders in the Saudi government knew about the planned attack and did nothing to stop it.

Among the evidence he cites is the 2017 sworn testimony of former FBI Special Agent Stephen Moore, who was in charge of the Los Angeles Task Force Team for PENTTBOM, the FBI’s investigation of the 9/11 attacks.

“Based on evidence we gathered during the course of our investigation, I concluded that diplomatic and intelligence personnel of the Kingdom of Saudi Arabia knowingly provided material support to the two 9/11 hijackers and facilitated the 9/11 plot. My colleagues in our investigation shared that conclusion,” Moore said in his affidavit.

Last October, Joe Biden wrote a letter to the 9/11 families and promised full transparency. However, once he took office, the families have been completely stonewalled. Which has led to their understandable frustration and their willingness to tell the President, ‘you aren’t welcome here.’

Now, Democrat and Republican Senators have authored the 9/11 Transparency Act. And, while I disagree with Richard Blumenthal on 99% of everything he says, I agree with him here.

As noted above, we are twenty years on from that day of terror. Causing an ally heartburn over declassifying documents is no longer, in my opinion and that of over 1,800 9/11 family members, a valid reason to keep the information under lock and key.

There are some who disagree with this move.

I DO NOT AGREE WITH ANY FAMILY CALLING FOR THIS. As many know, my brother died of cancer related to 9/11. He was a physician running the WTC triage. I will be in NY for 9/11 memorial events. @POTUS @JoeBiden , I would be honored to have you join us. https://t.co/DsvqiqisWH

There are also some who are saying that this makes the day and events surrounding it political, when instead it should be solely a day of remembrance.

The thing is, since that September day, everything surrounding 9/11 has been political. Everything.

9/11 Families have been asking for answers for twenty years now. Joe Biden told them he’d given them those answers and he hasn’t.

Their grief and their frustration is completely understandable. It is time, way past time, that 9/11 Families and all the first responders be provided the information they’ve asked for.