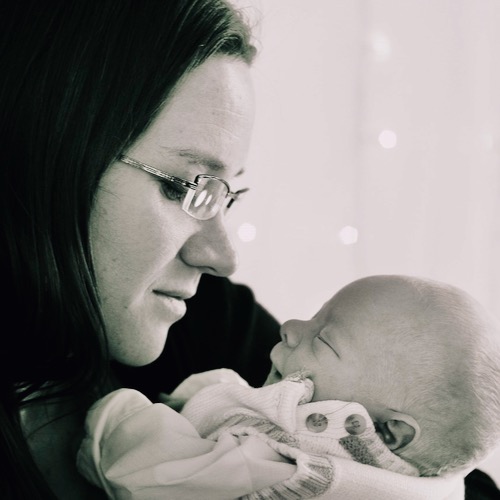 by Nina Bookout in Everything Else 7 Comments

Broken souls. That’s the only thing one can compassionately consider as pro-abortion activists protest at Supreme Court justices homes, and at/in churches across the nation.

Yesterday we watched the brokenness take place first hand at one of the oldest churches in the United States, the Old Basilica of St. Patrick in New York City.

The utter brokenness of a woman who believes she will sway opinion by dressing in a swimsuit and screaming about killing all the babies, is appalling beyond belief. How sad that she fails to realize that she is hysterically advocating for killing babies when HER mother chose NOT to abort her.

Abortion activists truly never see the irony of their demands. Thus far no one, that I can find, has been injured during the protests since the February draft SCOTUS opinion was leaked. However, we are seeing churches vandalized, which is shameful on all levels and should NOT be considered peaceful protesting.

What we ARE seeing is the left and media, planting themselves firmly on the side of abortion. Jen Psaki and the White House have refused to condemn protests outside the homes of Supreme Court justices. Yet, at the same time, we have our federal government informing us that it is the RIGHT who will bring the violence.

The energy is markedly more negative outside Kavanaugh’s house. The anger has become much more palpable than outside any other justices’ house. pic.twitter.com/zY2OY34hcA

If you look at the rhetoric and the actions of those protestors advocating for abortion, can anyone honestly say it is the RIGHT who wants violence? I don’t think so. The media is all in on helping keep Dobbs v Mississippi and therefore Roe v Wade intact instead of sending it back to the states to legislate. So much so, that profiles of protestors are being published. As John Sexton at Hot Air shows, one of the women profiled is, to this day, a firm believer that Justice Kavanaugh did indeed assault Christine Blasey Ford. As the profile shows, that poor woman needs a lot of therapy from the attack and rape she endured in 2013.

Again, the broken souls of those protesting for abortion are being revealed.

Vice President Pence had this to say regarding planned protests at churches today.

“Well, every American has a right to peaceful protest, peaceable assemblies guaranteed in the Constitution. But the rumors that there will be a disruption of church services on Mother’s Day is totally unacceptable,” Pence told Fox News Digital.

“I have long believed that Roe v. Wade was not only morally wrong, but deeply legally flawed,” Pence told Fox News Digital, pointing to the late liberal Justice Ruth Bader Ginsburg’s statements admitting that it is a hard case to defend on legal grounds.

“I hope and pray that the majority of the court will return the question of abortion to the states and the American people where it belongs. Now, that will not end the debate over abortion. It will simply open up a new battlefield in the cause of life,” Pence explained.

The draft opinion written in February is clear. Abortion will not be outlawed. Instead it will be returned to the provenance of the states where the state legislatures should decide, based upon the will of the citizens of that state what the law should be.

As we’ve made it clear here at Victory Girls, while we approach the issue from different directions, we are firmly on the side of LIFE. Therefore to see how broken these souls are as evidenced by this response from the Ruth Sent Us group shrilly advocating for disruption of Mother’s Day church services is infuriating and yes, heartbreaking.

NEW: The pastor at St. Joe's Catholic Church on Capitol Hill has requested that police be present and "ready to intervene" in the event that pro-abortion protestors show up for Mother's Day mass, as @RuthSentUs has called on activists to do. pic.twitter.com/Eon4wyoTyq

Stuff your rosaries and your weaponized prayer.

We will remain outraged after this weekend, so keep praying.

We’ll be burning the Eucharist to show our disgust for the abuse Catholic Churches have condoned for centuries. pic.twitter.com/1UxAkyuXTg

What a sad sad group of people. Many faith leaders have responded to the planned protests at churches around the U.S. Their message is one of compassion, forgiveness, and a firm stance on the sanctity of LIFE and motherhood.

“To protest on a day that is set aside to celebrate the beauty of motherhood reveals the utter brokenness and irony of pro-abortion activism.”

“That activists would disrupt the sacred gatherings of Christians on Mother’s Day is startling, but it is also telling. There is a tremendous lack of self-awareness in these planned acts of terror.”

She added, “While these violent activists are warring for artificial ‘rights,’ they are, in fact, robbing other Americans of their actual rights.”

“This Sunday, in churches all across this country,” she said, “children will celebrate their mothers, thanking them for life and all the sacrifices which characterize motherhood.”

“Tragically, there will also be less-celebrated mothers who sit silently in regret over their belief of a national lie presented as law. These grieving mothers,” Addison also said, “will be traumatized again by radicals who pretend they don’t exist.”

Pro-abortion protests at churches this Sunday?
MOTHER’S DAY IS ABOUT LIFE—NOT DEATH.

These broken souled protestors only have the ability to protest because of two critical things.

I dislike utterly their choices and their pro-abortion stance, but cannot help but have compassion for these broken souls as they protest against LIFE on Mother’s Day.