Next post
Wear an Offensive Costume and You Should Be Punished 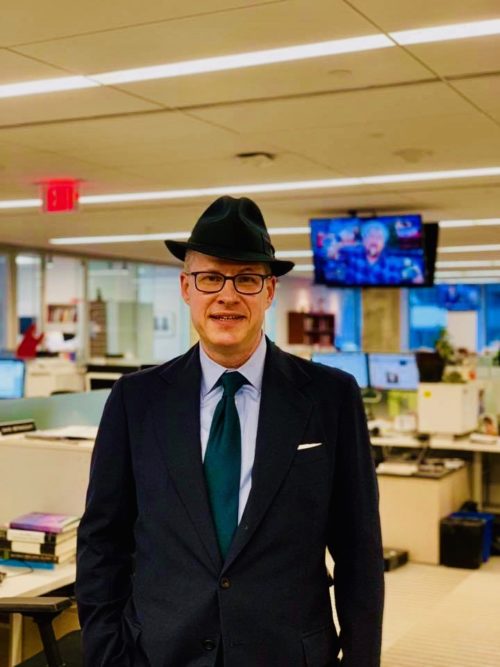 Don’t speak badly about dead terrorists says Max Boot. The ink had hardly been dry on the Washington Post’s obituary fawning all over dead terrorist al-Baghdadi when Max Boot decided it was time for yet another anti-Trump lecture.

According to Max, Trump messed up the announcement of al-Baghdadi’s death.

“President Trump has a preternatural ability to turn any occasion, no matter how solemn or important, into a ridiculous, risible spectacle. He did it again Sunday in announcing the death of Islamic State leader Abu Bakr al-Baghdadi. When he began to ad-lib about what happened near Idlib, Syria, he treated the world to his usual blend of braggadocio and bluster — dishonest and distasteful in equal measure.”

Well now, isn’t that something. According to Max, Trump was supposed to conduct himself the way Obama did and not display dead terrorists as trophies. By doing so, most of the media, and Max Boot, are telling us that Trump is creating a spectacle instead of being … diplomatic or something.

Obama administration folks have their shorts in a bunch because Trump is celebrating the death of one of the worst terrorists this world has seen. They refuse to acknowledge fact that Americans all over happily celebrated bin Laden’s death and continue to do so today.

Max Boot had to revise his opinion article after he got taken to the woodshed for this bit of verbiage.

It’s a good thing folks took screen shots of that article and Boot’s tweet. Why? Because after being called out, he went into CYA mode. He deleted his tweet and amended the relevant portion of his article.

“A president who has never heard a shot fired in anger reveled in Baghdadi’s last moments, even claiming “he died like a coward … whimpering and crying and screaming all the way.” Trump could not possibly have heard “whimpering and crying” on the overhead imagery because there was no audio, and Defense Secretary Mark T. Esper and Gen. Mark Milley, the chairman of the Joint Chiefs of Staff, pointedly refused to confirm those details. (An earlier version of this column included a sentence questioning whether Trump was right to call Baghdadi a coward because he blew himself up. The line was removed because it unintentionally conveyed the impression that I considered Baghdadi courageous. As I wrote on Sunday, “Abu Bakr al-Baghdadi was, as President Trump said, ‘a sick and depraved man,’ so his removal from this earth is good news.”)”

The operation was dedicated to Kayla Mueller, the young American girl who was kept by al-Baghdadi as his sex slave and then murdered by him.

As Powerline blog points out, the London Times hates Trump with a passion. But even THEY get it right when writing al-Baghdadi’s obituary.

“The catalogue of car bombs, shooting and suicide attacks wreaked over recent years in the name of Islamic State of Iraq and Syria (Isis) includes the Bataclan theatre massacre in Paris, the shooting of 38 western tourists on a beach in Tunisia, the blowing up of a Russian airliner over Sinai and the Easter Day bombings in Sri Lanka this year in which 259 people died — not to mention dozens of attacks across the Middle East, many of which killed scores of people although they often received scant attention in the West.”

Love that last line of the paragraph. The U.S. media has rarely reported in detail on the actual atrocities of ISIS. And in fact, goes overboard to NOT identify terrorists because, you know, we are supposed to think all these bombings and massacres were committed by Baptists.

So a dead terrorist, one responsible for an estimated 8,300 deaths since 2013, should be sympathized with according to Max Boot, the Washington Post, Bloomberg, CNBC, and Bill Kristol among others.

When you find yourself defending the leader of ISIS against accusations of cowardice, it's time to take a long walk, take the fedora off, and rethink some things. pic.twitter.com/4KUOYIRHIA

Will they all take a good look in the mirror, and give themselves a reality check? Don’t hold your breath.

Max Boot is now scrambling to explain that, no, he doesn’t really believe al-Baghdadi was courageous. Except he DID write that.

The courageous ones in this are our soldiers, including one bad ass K9, who tracked al-Baghdadi down, made him run like the coward he is into a dead end tunnel, and then blow himself up rather than face capture.

We have declassified a picture of the wonderful dog (name not declassified) that did such a GREAT JOB in capturing and killing the Leader of ISIS, Abu Bakr al-Baghdadi! pic.twitter.com/PDMx9nZWvw

The cowardly ones in all this? People like Max Boot and others who chose to take a dump on good news like this solely because …ORANGE MAN BAD!