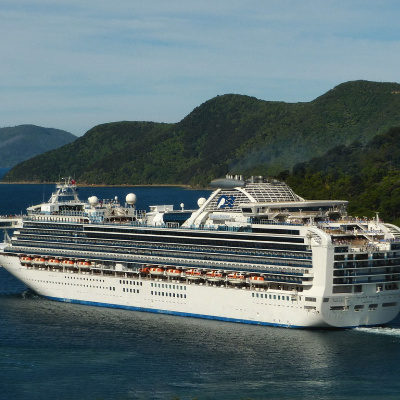 Next post
Warren: Invest in Our Children And Practice Infanticide 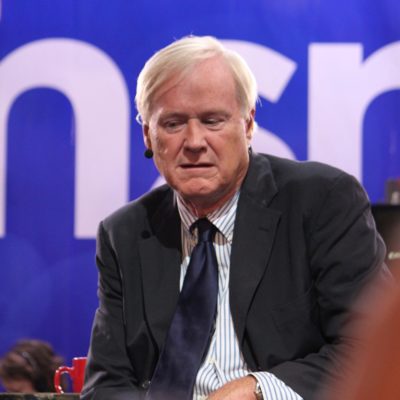 In post-debate analysis last night, Matthews went off. And by went off, we mean went off on Bernie Sanders’ brand of socialism. Suffice to say, Mr. Matthews was not getting the ol’ Obama “thrill up the leg”:

You know, I have my own views of the word socialist and I’ll be glad to tell them, share them with you in private. They go back to the early 1950s. I have an attitude about them. I remember the Cold War. I have an attitude towards Castro, and I believe if Castro and the Reds had won the Cold War, there would have been executions in Central Park and I might’ve been one of the ones executed and certain other people would be there cheering. So, I have a problem with people who took the other side.”-Chris Matthews

Dramatic, much? We’d say so. We know Chris Matthews’ opinions on good ol’ Bernie Sanders. No tingly-bits happening here. This wasn’t the first time Matthews has been vocal about the millionaire from Vermont who wants everyone to have their “fair share”:

Suppose you’re lying on the road hurt, maybe you’ve had something happen to you, you fainted, whatever happened, which of the candidates would stop their car and get out and help you? You have your candidate, I think. I’m not sure about all of them. I think Biden wins that one pretty easily, Elizabeth maybe. I don’t think Bernie wins it. Do you honestly think Bernie would stop and help you? I’m not sure.”-Chris Matthews, Morning Joe, January 2020

More drama. Personally, I wouldn’t trust any of them (or expect any of them) to stop their car and help me.They would all leave me for dead. Especially if they knew who I voted for in 2016. Heck, these candidates ride in their hired cars through neighborhoods of liberal cities laden with people lying on the sidewalks all of the time. Do they stop? do they get out of their cars to help? Do they flip them a Benjamin and tell them that they, too are entitled to their “fair share”?

I assure you, they don’t. But that is besides the point. As Looney Tunes as Chris Matthews is and as laughable he is to his equally bat guano crazy co-anchors, he echoes the sentiment of Americans when they hear words like “socialism” thrown out in a bid for the highest office in our country. While Matthews may be a bit melodramatic, it is hard to find anything redeemable about socialism on steroids. Especially when Bernie campaign staffers commend gulags and think they are a fabulous idea for re-education of Americans who disagree with their pipe dream ideologies of a utopian society where everything is “free and fair”.

I am by no means suggesting that we listen to anything Cuckoo-for-Coco Puffs Chris says or anything the nut job “objective journalists” on MSNBC have to say. But, while we are on the subject of socialism, free and fair has to be taken from someone and that, my friends, will come off the backs of us working schmucks. Case in point: Bernie’s net worth is more than a million dollars. He calls his family “very fortunate”. Is he currently giving up his “fortune” to others who are less fortunate? Indeed, he is not. His family lived paycheck-to-paycheck when he was a youngster in Brooklyn and now, as an old relic, he is enjoying the American dream: house on the lake, private jets, hired gas-guzzling vehicles to take him to venues where he talks about sunshine, lollipops, rainbows, climate change and a socialist utopia more the likes of Scandanavian Europe because America sucks and he thinks he could make it better. He does this all while young 20-somethings who think they’re entitled to everything (and some 50-somethings who never grew up) swoon. Why, oh why can’t we be more like Denmark?!

Crazy Chris and his senseless MSNBC rants aside, the Bernie Sanders’ “Let’s be more like Den-mahk” model of socialism is not realistic or sustainable in a country of our size. While the Denmark model of government sounds great to those who long for more vacation and less work, free college, subsidized healthcare and paid family leave, the taxes that come with such benefits are horrendous. Who pays these taxes? You guessed it. They are certainly not paid by the Bernie Bros who are sitting in bars stirring up rhetoric on the revolution and threatening to “throw bricks” if they don’t get their “fair share” and their favorite geezer in office in 2020. These clowns have no intention of contributing into a system like this. They only want to take while others like us bust their asses.

Matthews and his melodramatic rants on executions in Central Park may be a bit much (Bernie Bros may spare him the gulag, he’s still a Democrat, after all) but socialism in a climate that is not conducive to its model is a dangerous thought. In fact, it can lead to epic failures. See Nazi Germany, Maoist China, Chavez in Venezuela as examples. No tingles, no feeling the Bern, no thrill up the legs when you think about this. Eat some Ben and Jerry’s and maybe you’ll feel better about socialism…but I doubt it.