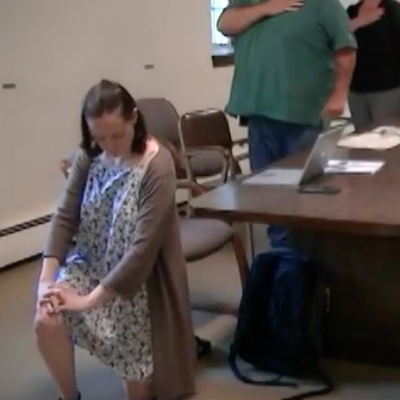 Previous post
Kneeling For The Pledge To Protest Donald Trump 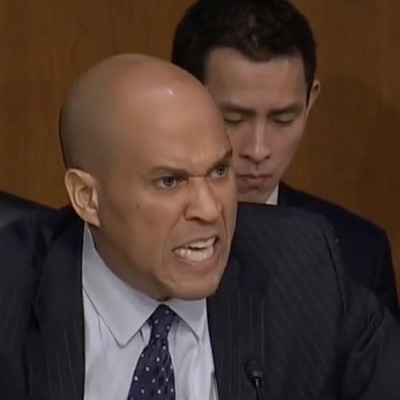 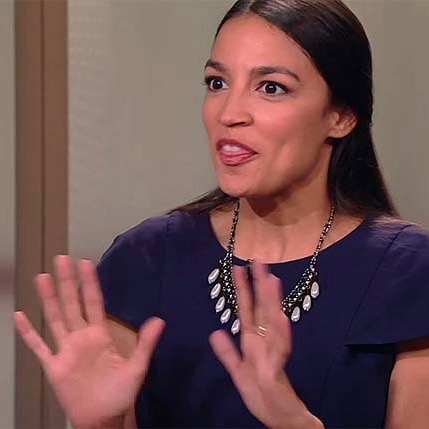 Liberals of all stripes have lost what little sense of humor they had, if they had any at all. In fact, liberals latest pearl-clutching caterwauling involves Allie Beth Stuckey’s satirical (defined here) “interview” with Democrat darling Alexandria Ocasio-Cortez. From all the reaction one would think that Chicken Little was right and the sky is actually falling.

Here’s the satirical piece that Allie Beth Stuckey put together.

Now I dunno about you, but I certainly don’t need anyone to go into super duper explanation mode about how to discern what is real and what is fake on all this. Yet evidently that is what the media has chosen to do. 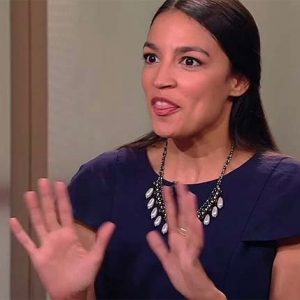 According to Alexandria herself, we Republicans and conservatives are SOOO SUPER DUPER SCARED of her, which is why we post fake news.

Republicans are so scared of me that they’re faking videos and presenting them as real on Facebook because they can’t deal with reality anymore.

Can’t deal with reality?? Are your eyes rolling? Mine are so hard right now I’m about to give myself a concussion. Here’s some reality for you kiddo. I nor anyone else in our family or in our vast circle of friends is working two jobs to help keep unemployment low. But you go ahead and run with that and wait for the facts to whap you upside the head with a clue bat.

Wow. This is Ocasio-Cortez's PBS intv w/ Margaret Hoover (https://t.co/OhjfHuWqQC) spliced together w/ a CRTV "interviewer." Notice that they never appear on camera together, and the interviewer shot is lit different + higher res? Took 1min on google to sort out. Reprehensible. https://t.co/khu8uXQnpV

Holy smokes Batman! You had to take a few extra minutes on TEH GOOGLE to figure out that this was like ..NOT REAL? Get OUTTA TOWN!

The interview was supposed to have been labeled satire from the start!

Gosh, however could you have missed that satirical emoji? Mind-boggling isn’t it? The Washington Post has a ‘helpful’ explainer:

But the video did not depict a real interview, despite its caption: “Allie *grills* congressional hopeful and progressive it girl ‘Alexandria Ocasio-Cortez’ on her socialist agenda and knowledge of government … or lack thereof.” Instead, it used heavily edited footage from an interview Ocasio-Cortez did with PBS earlier this month spliced to appear as answers to questions read by Stuckey.

Gee, thanks. Much appreciated. Meanwhile current Intercept “journalist” really REALLY wants us to know this is fake and not satire.

Ugh, this is terrible. This fake @Ocasio2018 interview has over a million views on FB. Here's the real interview: https://t.co/nctnKUywjA https://t.co/GnsyH8w7yW

Manipulated video to create entirely fake interview presented as real by verified account here and on Facebook where it has over 1.1 million views in less than 24 hours. https://t.co/P6E5LfQi3K

Now that her hoax interview with @Ocasio2018 has been exposed as such, after 1.1 million FB views, Allie Beth Stuckley (verified as @conservmillen) claims it "was edited together as a joke" and obvious "satire." If so, why edit in this fake "Allie" backdrop to make it seem real? pic.twitter.com/YRvFoD1eHa

Oh for Pete’s sake dude! You just can’t quit this can you? Ummmm… no, no he can’t.

Updated my report to explain why the @StephenAtHome mock interview of Donald Trump was not the same as Allie Stuckey's fake interview with @Ocasio2018 https://t.co/jeGvmAwv93 See if you can spot the extremely subtle clues offered by Colbert's producers to ensure no one was misled pic.twitter.com/E7PHkA6cEM

As I said, the pearl clutching continues. All over a satirical video. But you see, Alec Baldwin doing Trump on SNL is peachy keen. Michelle Wolf’s vulgar anti-Trump screeds on Netflix and the White House Correspondents Dinner are genuine knee slappers! Jimmy Kimmel and Stephen Colbert are the comedy kings!

But any conservative who makes an attempt at satire or comedy. HOW DARE YOU!!

Headline translation: We at The Verge are personally offended by this attempt to place someone we admire in a bad light

As for all the pearl clutches who are demanding that Allie take the video down and/or apologize to Alexandria?

To clarify AGAIN for the misreporting journalists & the blue checkmarks demanding an explanation:

This is a classic case of ‘you can dish it out, but you can’t take it.’ Liberals have spent the last two days showing themselves to be humorless pearl clutching whiners. All because someone dared make fun of their latest Dem Darling. Want more Trump? This is how you get more Trump.