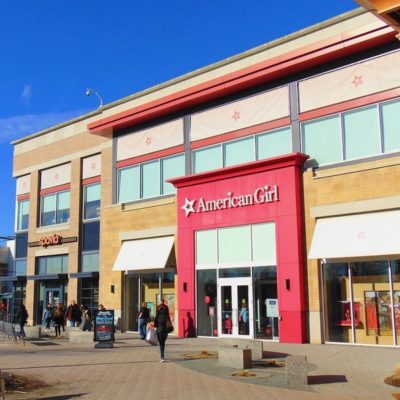 Truth be told, I never understood the concept of taking my child to the mall to buy a $100-plus-dollar doll with matching outfits. I lived in the world of stepping on Legos and now live the life of a mom of a teenage boy-complete with listening to strange sound effects, belching in sentences and fart compilations recorded on a cell phone. But let me tell you, “Karen” was not happy with Adam Padilla, who calls himself “Adam the Creator“. Why? Because Adam depicted “Karen”, the American Girl Doll of The Year as a gun-toting, Walmart shopper who (GASP all at once) was not wearing a mask! And, you guessed…right on cue-the Karens complained!

The American Girl company took to Twitter to say the above meme was “disgusting“.

And, so lives on the stereotypical “Karen” who cannot take a joke. I am willing to bet even the gun-toting, non-mask-wearing, Walmart shopper “Karens” of the nation even thought this was funny. Nope, American Girl is not taking this as free publicity. They are calling this attempt at humor “disgusting”. Why? Because how dare they put a gun in an American Girl’s hand when American Girl has been trying so hard to be sensitive to girls of different socio-economic backgrounds, with different histories and the COVID-19 outbreak. They have even created YouTube tutorials on how to mask up your favorite American Girl.

in 15 years American Girl is gonna come out with a historic doll who lived through the 2020 pandemic. her name will be something like Bryleigh, and her accessories will include a surgical mask, a bag of frozen chicken tenders and and a phone with tiktok compatibility

Does anybody understand satire anymore? They clearly do not understand the irony in getting irate about this image. Heck, even The New Yorker took a few shots at American Girls in the days of Corona!

Rarity Stevens is as petrified of the apocalypse as the rest of her friends, but she can’t help but take advantage of an opportunity to get an unprecedented amount of attention online. During the outbreak, Rarity has donated to local food banks, digital tip jars, and more, but the fact remains—she is so horny. Last week, after an elaborately staged ring-light photo yielded a match who wasn’t a complete monster, Rarity and an undisclosed second party masturbated in their respective parked cars while locking eyes through filthy car windows, as uneaten Del Taco meals rotted in their passenger seats.”-Jamie Loftus

There’s also Elsie, who started talking to inanimate objects, Opal, who fled to her parents’ estate, Alexis, the essential worker who’s f*cking had it and Crowley, who is manically pursuing crafting projects. All stereotypical of how some have handled this pandemic. A little extreme, yes, but there is some truth to all of these little stories.

I can see it now: American Girl 2020, Covidianna. She grew up in suburbia in an upper middle-class neighborhood with all the good, little white kid honor students and minivan-driving moms. She’s in the gifted-and-talented program and both she and her mom want you to know this. She someday wants to go to college to be a political organizer. She goes with her mom (Karen) to protests and they make cardboard signs together the night before. She is gluten-intolerant and breathes through her mouth only and this fogs up her glasses, especially when she is wearing a cloth mask. But she likes her cloth mask and even though it’s washable, she prefers to wear it every day without throwing it in the washer to get the germs out.

Honestly, I don’t know what American Girl is so up-in-arms about. Karen probably wouldn’t be in Walmart anyway. A “Karen” is more likely, in my opinion, to frequent Target. A “Karen” prefers Chrissy Teigan over Pioneer Woman hands-down! A “Karen” is more likely to wear a mask and want to “speak to the manager” about others not wearing a mask. As far as the firearm goes? This particular “Karen” would tote one if it means flattening the curve and “saving lives”.