Next post
Frederick Douglass Statue Latest To Be Felled By Idiots 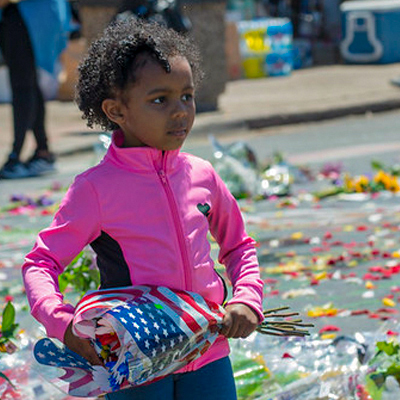 Saturday may have been Independence Day, but the Grim Reaper didn’t take a holiday in Chicago. He collected two more children who fell in waves of violence, which included two mass shootings. At least 13 people died on July 4th, a day to celebrate American liberty.

And yet the Cook County Board wants to invest in housing and health care, not police. Let that sink in.

The youngest child to die on Saturday was 7-year-old Natalia Wallace, who would’ve entered second grade this year. She was outside celebrating the holiday with her family around 7 p.m. when a white vehicle drove up. Three men exited and fired shots into the group. Natalia, who was standing on the sidewalk, took a gunshot round to her forehead.

But little Natalia wasn’t the only child to die on Independence Day. Later in the evening a 14-year-old boy was killed in a mass shooting in which two more children were wounded, including an 11-year-old and a 15-year-old. Both are boys.

The Grim Reaper also made his way to another neighborhood about 1:15 a.m., when someone in a vehicle fired into a group setting off fireworks — as one does on July 4. A 20-year-old woman died.

Yet the Cook County Board has drawn up a resolution to “redirect money from the failed and racist systems of policing, criminalization and incarceration” and put it towards housing and health care. What’s more, most of the 17 commissioners co-sponsored the resolution.

Fortunately — at least for now — the resolution is non-binding since the county has no control over city police budgets. However, the board does control monies for courts and the sheriff’s office, and powerful board President Toni Preckwinkle also wants law enforcement funding to be reallocated to social services. And while Chicago Mayor Lori Lightfoot and IL Gov. J.B. Pritzker don’t support this defunding, activists have noticed that Chicago is the biggest city that hasn’t promised to take money from the police.

Lightfoot and Pritzker know that more children would die in Chicago. But as my late mother would say, “the squeaky wheel gets the grease,” and right now anti-police militants control that wheel. 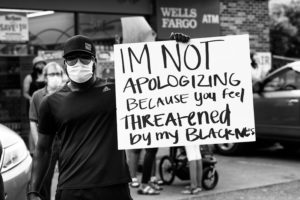 One of those is Tanya Watkins, a 43-year-old with a lifelong hatred of police:

“I was always taught that you run. Looking at how my friends and people around me and myself were brutalized by officers, cursed out, disrespected with absolutely no recourse … to this day I’m terrified of police.”

I guess no one taught her that it’s generally not a good idea to run from police. Plus, if you want respect, it’s a good idea to show some respect, especially towards authorities.

“All over the country, Black people are being murdered in cold blood by police.”

However, David Bernstein at the Antonin Scalia School of Law at George Mason University says this claim is poppycock. Bernstein writes in Reason:

“But the notion that police are generally trigger happy and shooting to death anyone in sight, especially if he is black? The data don’t support even a moderate version of that rhetoric.”

Plus, let’s look at some raw data from Chicago itself, shall we?

As of this writing, the Windy City has racked up 357 homicides for the year. Seventy-seven percent of the victims are black, and most are male. What’s even worse is that the total number of homicides just in the first half of 2020 exceeds totals for the entire years of 2018 and 2019. Let that sink in, too.

Now, would you like to guess the stats for how often police shoot those poor beleaguered souls of Chicago? Do the police really turn the streets into their own personal shooting galleries?

As of July, police shot suspects seven times this year. That breaks down to killing three individuals and wounding four. And my guess is that police drew their weapons because the perps fought back.

Yet now some think it would be just grand to cut funding for law enforcement in Chicago. Then how many more children will die, shot to death by gang bangers who terrorize their neighborhoods?

Like little Natalia Wallace, who was a “very quiet and sweet little girl,” according to her first grade teacher. She always completed her assignments, and after each e-learning session would type “I love you” into the chat box.

Seven-year-old Natalia Wallace, fatally shot in Chicago on Saturday, was described as "very quiet and sweet." At the end of each e-learning session, she would type "I love you" in the chat box, her teacher at Crown Community Academy of Fine Arts said. https://t.co/LRArDYhK4O

We hear the names of George Floyd and Rayshard Brooks ad nauseam, two ex-felons whom Black Lives Matter fete as if they were heroes. But remember the name of little Natalia Wallace.

Two young children were among the victims of Chicago's gun violence this weekend.
One was 1-year-old Sincere Gaston, who was killed in Englewood: https://t.co/tEZp7ApSn3
And there was 10-year-old Lena Nunez Anaya in Logan Square: https://t.co/uKkyCtEoA0. pic.twitter.com/UNISNgB2j1

Little Sincere Gaston’s parents begged young men to stop the shooting. “There’s nothing gangsta about killing a child,” they grieved.

Defunding police will not stop the gangs. Nor will the rantings of racial activists who focus on their grievances while ignoring the rot in their own neighborhoods. And the biggest source of rot is the “gangsta” attitude which draws in young fatherless men.

Meanwhile, more children like Natalia, Mekhi, Sincere, and Lena will die from the scourge of terrorist gangs. Remember their names, because right now they don’t matter to the squeaky wheels with the anti-police agendas.