Previous post
California Bans All The Things, People Light Up 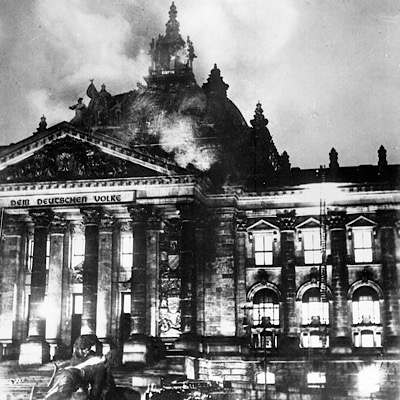 “No one cared who I was ’till I put on the mask.” Bane

The America that we love (most of us) is in the midst of our own Reichstag Fire. A blaze perpetrated by cunning masked figures throwing anything within reach onto the pyre. The 1933 conflagration was a National Socialist false flag operation which destroyed legitimate representative authority and secured power to a ruthless few. Our present Reichstag Fire seeks to do exactly the same, canceling anyone who may oppose the will of America’s vengeful, Leftist Storm Troopers.

This is about to change.

With the defunding of police departments and insane no bail rules, a reign of terror will be unleashed on our nation’s streets like nothing we’ve ever seen. A Moveable Feast of Mayhem, a roving Holocaust of the guilty and innocent alike. In nearly every city large and small, black masked mobs will charge into the public to shame, terrify, and bludgeon the rest of us into submission. While under the cover of these modern National Socialists, a phalanx of outlaws, murderers, and violent opportunists will reach into every life, apartment, street corner, and precinct.

From here on out, the naked face will mean Freedom Lover to some, Enemy of Mankind to the righteous violent scolds. And people will be physically assaulted for simply wanting to breathe without restraint.

The American Niqab will be enforced through virtue shaming and then violence—enforced over a never-ending constantly evolving rationale –Wuhan flu, Ebola, the common cold, chronic constipation, diarrhea, Hangnails Matter. The revolutionary needs of the moment will require endless masking, social distancing, and lockdown. Unless of course, you’re protesting the police, Trump, Tchaikovsky’s Dance of the Sugarplum Fairies, families with better domiciles than yours, black shoe polish, maple syrup, NFL logos, Fruit Loops—whatever.

There’s a plan afoot for a federal requirement removing any choice in the matter, but they won’t need the federal mandate to socially enforce the great American Gag Law, raw shaming and violence does that. And no differentiation will be made by those who need protective masks for health reasons and those who don’t.

Victory Girl Toni, argues for responsible mask wearing, and no one can fault her. How telling we are deep in the Mask War when her piece received 20 comments. But alas, what should be a ridiculous, absurd fashion statement has turned into a tool of Antifa/BLM/Elitist /Socialist oppression. And it’s no coincidence a legitimate and sane precaution and concern, like Toni’s—is perverted for the mob’s cause. That’s what mobs do. They destroy and pervert.

How many of us have reached a “Woke Breaking Point?” Paladin did long ago. Remember the hoodies beating up Las Vegas tourists in the prophetic 2006 CSI Season 7 Episode 4 – Fannysmackin’?

Warrick: Yeah, these kids need to beat people up in the street to be entertained. They need some good discipline, they need their grandmother whuppin’ their ass like I had.

Sara: You know, it kinda sounds like you guys are blaming everybody but these kids. I mean, you don’t get a bye just because you grew up here or your parents are on drugs or— those kids were perfectly capable of telling the difference between a wild night out and beating somebody to death.

Grissom: The truth is, a moral compass can only point you in the right direction, it can’t make you go there. Our culture preaches that you shouldn’t be ashamed of anything you do anymore. And unfortunately this city is built on the principle that there’s no such thing as guilt. “Do whatever you want, we won’t tell.” So without a conscience, there’s nothing to stop you from killing someone. And evidently you don’t even have to feel bad about it.”

Sounds just like Antifa and BLM today, doesn’t it? How many Black Lives will end in Chicago over the weekend? Not enough to matter to the mob.