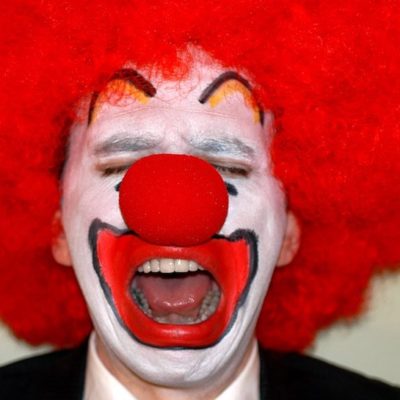 Previous post
UPDATE: Yikes: According to a friend, Ron DeSantis.... 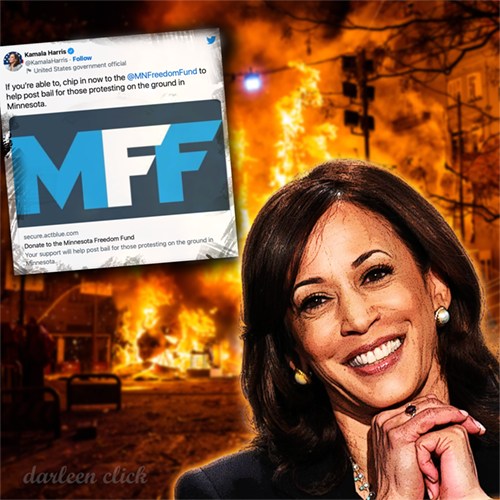 Exactly what is misinformation here? Is it Kamala’s word salad or her tweet? A local reporter in Minnesota interviewed Kamala this weekend and she asked a question that caused Kamala to tap dance fast and furiuosly.

Vice President Kamala Harris visited the Twin Cities this weekend. It was her first visit to Minnesota since the 2020 election.

Harris first joined the Lt. Governor for a conversation about reproductive rights, then she was part of a campaign fundraiser for Democratic Governor Tim Walz.

Today’s visit was billed as a conversation and not a political event, but even the vice president admitted, given who she is, the topic of conversation, and with an election in a little more than two weeks, politics couldn’t be avoided.’

“It matters who represents the people of this state and is responsible for doing justice on behalf of those people when it comes to an issue like this,” Harris said.

It’ isn’t reproductive rights, it’s abortion. It’s outright killing of babies in the womb or out of it. When you have the word salad Vice President making a supposedly “non-political” stop in Minnesota to champion abortion, its the Democrats from the top level down who are still ignoring the fact that abortion is NOT the key issue for voters!

What are the key issues? Inflation, education, the border, and the rampant crime across the country. Minnesota, the Twin Cities especially, have seen an enormous uptick in crime. One can literally point to where it started. With the George Floyd riots in 2020.

As I noted above, one brave journalist asked Kamala a very important question.

Let the word salad spin begin!! First she claims that she’s always been FOR peaceful protests, which is absolutely not what the question was about. Secondly, she didn’t answer the specific question about her asking people to donate to the Minnesota Freedom Fund to bail out all those wonderfully peaceful protestors. It’s MISINFORMATION!!

Unfortunately, what we’re seeing is people are playing political games, right now, when we’re 18 days away from midterms, and we’ve sadly not seen a lack of misinformation and disinformation, and think this is another one of those examples.

Boy howdy, the woman can lie like a rug BIGLY. And really believes that no one would bother to check if her tweet is still up! Guess what? It is!

Not only that, but she is front and center on the ActBlue page, linked in the tweet, that is STILL asking for donations!

But never you mind folks, we are to believe that that particular promotional tweet isn’t real and anyone asking about that is trafficking in misinformation!

Let’s talk about this misinformation shall we? It seems the Minnesota Freedom Fund has, as we’ve noted a few times, bailed out some really bad actors. Many of whom shouldn’t have been bailed out, and more than a few have gone on to commit MORE crimes, including murder.

A bail fund backed by Vice President Kamala Harris sprung a convicted criminal who allegedly killed his nemesis over a “beef” he had with the man.

Tillman, who was bailed out on April 29 in connection to an indecent exposure case, allegedly fired six bullets into his victim at a St. Paul light rail stop on May 20, killing him.

Unbelievably, the fund’s backers defending bailing this cretin out!

The Minnesota Freedom Fund defended helping Tillman post bail in a statement issued last week after he was charged. The bail fund said “it is neither just nor effective to respond to violence by denying bail and pre-emptively punishing people who are disproportionately poor, Black, brown, and Indigenous.”

He KILLED a guy in cold blood and THAT is how the Fund responds?? Unbelievable.

But wait, there’s more as our friends at RedState and PJ Media show. Via RedState we find that the Minnesota Freedom Fund has bailed out domestic abusers and child molesters. The folks at PJ Media brought their own receipts. After Kamala’s promotional “help” the fund ended up with well over $35 million in the bank. They’ve then used it to bail out a plethora of violent felons.

But now, we are to ignore the evidence and believe it when Kamala tells us that any mention of her support for the Minnesota Freedom Fund is good old fashioned “misinformation.”

GOP gubernatorial candidate Scott Jensen blasted Kamala’s visit, and he’s spot on here. Minnesota has a crime problem, and Kamala’s promotional tweet of the Minnesota Freedom Fund has contributed to that problem.

Just when we think her moronic tone deafness can’t get any worse, she stirs the pot once again.