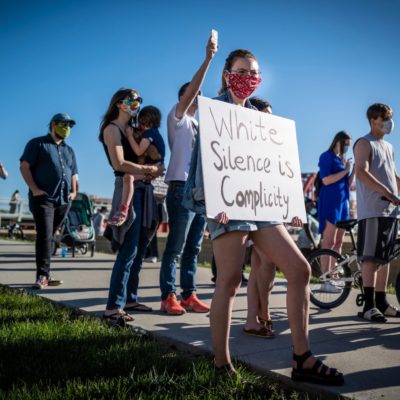 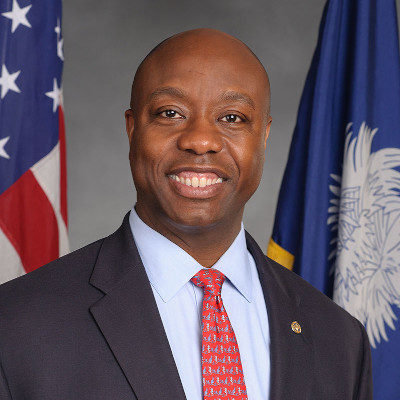 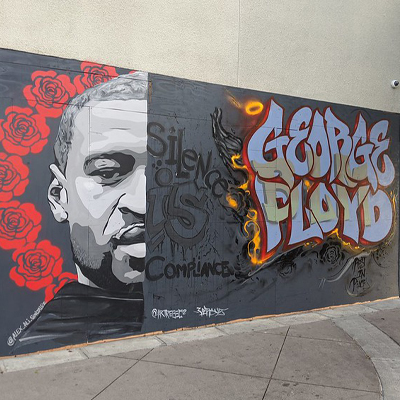 The George Floyd funeral tour, which featured three services and covered three states, ended on Tuesday in Houston. There had been earlier services in Minneapolis last Thursday, and in North Carolina on Saturday. In addition, hundreds of people showed up for a public viewing on Monday.

While it looks like everyone had masks on, it doesn’t appear that those in attendance at Houston’s Fountain of Praise Church were practicing strict social distancing. In fact, there was a lot of hugging going on.

Yes, that’s Rev. Al Sharpton at the end of the row. He delivered the eulogy.

As I prepare to deliver the eulogy for #GeorgeFloyd, it’s not lost on me that his loved ones by my side and in the church are hurting and we are here to lift them. pic.twitter.com/FNSgzuCS43

During that eulogy, Sharpton also went political, as one does at Christian services (and yes, I’m being sarcastic).

Joe Biden also addressed the assemblage, via video. “Unlike most you must grieve in public, that is a burden,” intoned Biden.

Um, no. No one forced the Floyd family to hold a live-streamed funeral.

But Biden wasn’t the only politician to honor the memory of George Floyd. Houston Mayor Sylvester Turner asked mayors nationwide to light their city halls in red and gold, the colors of Floyd’s high school.

Today, #GeorgeFloyd will be laid to rest next to his late mother. Houston Mayor @SylvesterTurner asked mayors to light their #CityHall crimson and gold—the colors of George’s alma mater, Jack Yates HS, in Houston’s Third Ward. We honor his life and legacy. https://t.co/dyFcM5I20F pic.twitter.com/7LDSKnj3NA

Plus, Minnestota governor Tim Walz issued a proclamation asking for eight minutes and 46 seconds of silence on the part of Minnesotans.

In honor of the funeral for George Floyd, we ask all Minnesotans to spend 8 minutes and 46 seconds in silence at 11am this morning. pic.twitter.com/tZs4JdK1Bg

Look, the family of George Floyd can hold as many services as they wish; I’m not going to begrudge them the way they choose to mourn. Plus, cost is not a problem for the family; boxer Floyd Mayweather is picking up the tab for the funeral in Houston, so good on them. Even though George Floyd’s niece asked at the service, “When has America ever been great?” (The crowd applauded.)

But how many families haven’t been able to give a proper farewell for their loved ones because of COVID regulations? Especially considering, as I noted above, that social distancing was not practiced during the Floyd service in Houston.

For example, in my hometown of Crown Point, IN, near Chicago, a two-term mayor passed away on April 8. Jim Forsythe was not only mayor, but was a veteran of both World War II and the Korean War. Active in the American Legion and the VFW, he would act as Master of Ceremonies at Memorial Day events, and march in Independence Day parades.

Even the Chicago Tribune took notice of his passing, which says something. Generally their focus is on the suburbs on the Illinois side, less on the Indiana side of the metro.

Jim and his wife — who passed away two weeks prior to her husband — were good friends of my parents. He and my father both worked for Illinois Bell Telephone in the same office, and my father served on the county liquor board while Jim was mayor.

But when this patriotic man passed away, at 95, the city couldn’t come out to mourn him. There was no visitation at the funeral home. Instead, the funeral was limited to immediate family only. Military honors were held in in the town square as the hearse stopped in front of the court house, not at the cemetery. 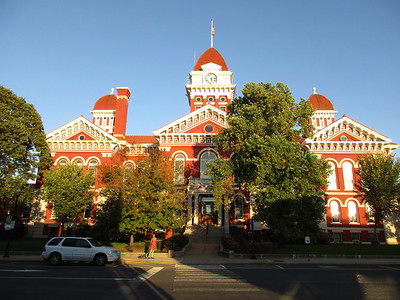 My father passed away last October at the age of 95, the same age as Jim Forsythe. Like Jim, he was also a veteran of World War II, flying 50 bombing missions over Europe in 1944. But there was no COVID emergency at the time. I was able to greet the seemingly endless stream of visitors at his visitation, including old school friends whom I hadn’t seen in decades. I hugged cousins and met friends of my father, some for the first time. They told me how much he meant to them. Even his in-home caregiver, a man from Zambia, stayed with him the entire six-hour visitation.

The next day was my father’s funeral, and, as is typical of northwest Indiana in late October, the day was cold. Yet because there was no COVID, I could sit covered by a lap blanket at the cemetery next to my elderly aunt. The honor guard fired their volleys not far from where I sat, and Patriot Guard riders gathered the shell casings and presented them to me. Taps were played live. And the Air Force color guard presented me with the flag from my father’s casket, with the traditional words:

“On behalf of the United States Air Force and a grateful nation, please accept this flag as a symbol of our appreciation for your loved one’s honorable and faithful service.”

These things are seared into my mind. It was one of the saddest days of my life, but I am so grateful that I was able to receive the blessings of family and loved ones near me, especially to witness the honor bestowed upon my father for his service during WWII.

How many people have not been able to say farewell in such a manner, especially those whose loved ones are veterans? Those like Jim Forsythe, whose family didn’t even have a chance to say goodbye in such a meaningful way?

Janice Dean, meteorologist from Fox News, lost both her in-laws to COVID and could not say goodbye to them at a traditional funeral, either. As she posted on Twitter:

“And by the way, I’m all for peaceful protesting and bringing awareness to injustice. But I also have feelings for those who were told you can’t see your dying parents or have Church service with family and friends. Couldn’t we have had the choice to peacefully mourn them too?”

Apparently not. Yet the family of George Floyd was able to hold services without severe limitations on numbers of visitors. Masks, I guess, were fine for them. They were able to hug at the service, too. But not the little people who don’t get eyeballs for networks or help boost political ratings.