Previous post
Mitch McConnell Shivved Us All In The Back 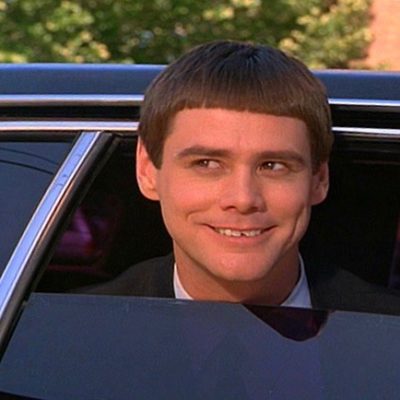 Jim Carrey is at it again with his very bad art. This time, bidding farewell to former first lady, Melania Trump.

Now, I know some people who may read this and who may say, “who the hell cares about what these celebrities think? Why on earth are you writing about another celebrity?” Stay with me here, please. I am writing about another celebrity because they are given one of the largest platforms in our country. They have the biggest mouths. While people are being silenced on Twitter, they are being celebrated. Jack Dorsey didn’t jump to remove Jim Carrey‘s heinous drawing of the Melania Trump. Jim Carrey did not get banned from Twitter for hateful and, yes, to some degree, a misogynistic depiction of the former first lady. Without further adieu, we reveal this “work” of crap:

To be completely honest, Jim Carrey needs to tread lightly. So much for him having a big cup of STFU after Biden has been elected and “Dr. Jill“ has become the First Lady, fashion icon, pint size powerhouse with an ego that rivals Donald Trump’s. These bullies just do not let up. But unlike the catty, Democratic upper-echelon of Hollywood actors and public figures of the news media who have then less than favorable to Melania Trump during her years in the White House, Jim Carrey is a man. Jim Carrey is a womanizer. Jim Carrey is sexist. Case in point:

The 58-year-old actor was chatting to Heat magazine’s Charlotte Long about his new movie Sonic the Hedgehog when she asked him: ‘In the film, Sonic has a bucket list, I was wondering, after all you’ve done in your career and in your life, is there anything still left on your bucket list?’

When Long laughed and commented that she didn’t ‘know what to say to that,’ Carrey responded: ‘Just own it.’”-The Toronto Sun

Own it? No thanks, loser. Think that’s bad? Let’s talk a bit about the remarks Carrey made to actress Margot Robbie on The Graham Norton Show:

You’re amazing and I’m so excited for you. It’s incredible you got as far as you have with your obvious physical disadvantages.”-Jim Carrey

Robbie’s “physical disadvantages”? She’s a beautiful woman. Carrey basically implied the actress only got as far as she did because of her looks. Smug, creepy, disgusting, and downright inappropriate. Critics frowned upon Jim Carrey‘s behavior both with Charlotte Long and Margot Robbie. But sadly, these very same critics who will say disparaging words about Jim Carrey for the way he acted, will totally cheer him on for his behavior towards Melania Trump. By the way in the interview with Charlotte Long, Jim Carrey said he was done with his “artwork“ because he “thought he got his point across.” Too bad we weren’t that lucky.

But people like Jim Carrey have mental disorders and they just cannot help themselves. “Thanks for nothing“ the painting reads. When looking back at Barack Obama‘s presidency and contrasting it with Michelle Obama, Melania Trump has been one of the most low profile First Ladies in a long time. Honestly, who could blame her? At every turn, people made fun of her accent, people called her a “glorified escort“, a Golddigger, people insulted her intelligence. When they couldn’t attack Trump, they attacked her and when they couldn’t attack her, they attacked her son, Barron. Fashion designers refused to dress her, and basically the world of high fashion turned their noses up. Luckily, she was stunning and she didn’t need any of their help, like at all. Any attempt by the White House under President Trump to put Melania Trump into the spotlight and into any humanitarian efforts was met with criticism and petty scrutiny. She wore heels on a plane to go visit hurricane victims! (She later changed into flats). Librarians refused her donation of books to children because they thought she was “immoral” while they welcomed Drag Queen Story Hour. Her renovations to the Rose Garden we’re also met with criticism, as were her Christmas decorations from year to year. And how can we forget, the infamous ZARA jacket, “I really don’t care, do u?”

But at that point, I’d say Melania Trump was on to the news and onto the catty, backbiting media, onto the vultures waiting to swoop in for the kill. I personally don’t blame her for the troll. A public life such as this is enough to suck the life out of you. And that’s if you’re well-liked in these circles. I can only imagine, on a daily basis, what this woman endured. It is no wonder that she didn’t show up for interview shows, magazine features and hang with the influential adults. She was snubbed by these elites. It is no wonder that most of the time when we saw Melania Trump smiling as First Lady, she was working with children. Do you blame her? I certainly don’t! The grown-ass adults were dreadful!

“Thanks for nothing”, reads the picture Jim Carrey paints of Melania Trump. Why pretend anymore? In a kind gesture when entering the White House, Melania Trump presented Michelle Obama with a Tiffany box. We later found out that it was a photo frame. Because of “protocol“, Michelle Obama took to the Ellen DeGeneres (another “nice” person) show to clear her name of what was perceived as a clumsy reaction. She stood, with a puss on her face, dumbfounded, half-struck one o’clock, and did not know what to do with this gift, so she said. Melania Trump, an outsider, clearly did not understand the protocol and this baffled her royal highness, Michelle Obama.

This. Is a Harvard education. What do you do with a box?

“Thanks for nothing“? Jim Carrey paints this picture (if you call it that) but it is something that can easily be said by Melania Trump to the haters in D.C. and across the nation. It is no wonder why Melania Trump had nothing to give in the end. In political circles, there comes a point where enough is enough. People have already made up their minds about Melania Trump. Life is too short to play charades. Life is too short to hang out and play nice with people who simply have no regard for you and can’t play nice. Life is too short to spend time with people who don’t have the capacity for simple humanity. Oh, but how gauche, again, Melania did not invite Dr. Jill Biden to tea! (Gasp!) Really, honestly. Woman-to-woman here. Who wants to pretend to be friends? Aren’t we all a little old for this crap?

How is this bringing unity?

Melania Trump is not the bitch here. Jim Carrey is. Jim and his cronies do not care one bit about unity. They are the elite with the platforms. They are the lofty ones who think they can dictate to others what they should be thinking. They are the ones who hurl insults from their secret, underground lairs. To quote his famous line from Ace Ventura, Pet Detective. Jim Carrey is a sad and pathetic looo-hooo-ser.