Next post
Teen Suicides Major Reason For Schools To Reopen 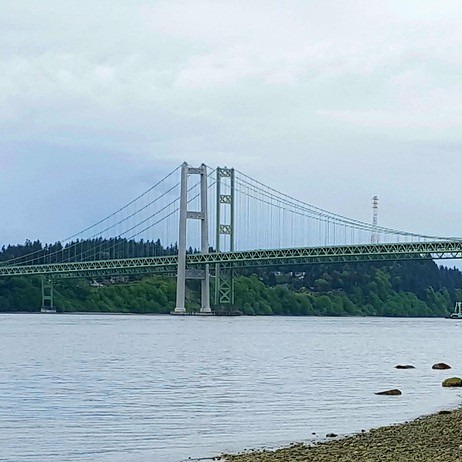 Never follow a bad example. This seems to be the hard lesson that those in charge have to learn over and over again. In this case, the city of Tacoma failed to learn from Seattle’s mistakes.

Tacoma, which is about 35 miles south of Seattle, is one of the larger cities in the Pacific Northwest. However, having a view of Seattle’s Antifa shenanigans to the north – and Portland’s to the south – has apparently taught city leaders absolutely nothing.

On Friday night, a police officer in Tacoma ran over a “pedestrian,” which of course got all the usual suspects fired up. Now, class, can anyone guess what actually precipitated the incident?

Police were called as drivers were doing illegal doughnuts and burnouts at the intersection of Ninth South and Pacific in Tacoma.”

When one officer arrived, a mob surrounded his patrol vehicle, trying to block him from leaving. But they were also trying to break his windows according to a source.”

“The crowd was violently punching and kicking his vehicle so much that it was rocking back and forth,” a Tacoma PD source tells the Jason Rantz Show on KTTH. “He was trapped. They surrounded the vehicle. He tried to back up but couldn’t. They were very violent. Some people were yelling to pull the cop out of the car.”

Fearing for his safety, the officer “inches forward to get them to get out of way activated his siren multiple times.”

But the mob ignored the officer and continued to pound on the car, posing a direct threat.”

“He did not panic. He felt like his life was in danger and… [reasonable people would think] they were going to pull him out of the vehicle if they broke the window,” the source explains.”

The witness who shot one of the videos confirmed to the Tacoma News Tribune that the mob of people swarmed the officer.”

“A lot of people swarmed in that direction (of the police car),” the witness said. “They were intending to block him.”

Two people were run over by the police car. There were no fatalities. One person is hospitalized with “non-life threatening injuries.” Naturally, there will be an investigation to see if the police officer acted appropriately in trying to get out of the situation.

But who waits for an investigation? Not Antifa! They canceled their previously scheduled march in order to carpool (not joking) down to Tacoma to “protest.” And by “protest,” we all know they mean burn and smash things.

#Antifa in Washington state have already organized a riot to take place in Tacoma after a police cruiser hit a mob of people surrounding & hitting the car. Antifa are organizing carpools to travel there. #SeattleRiots pic.twitter.com/fOp2DB8DLb

With nearly a full day’s warning, you would think that Tacoma Police would be ready on Sunday night. You would think city leadership would look at Seattle, decide that what Seattle has been doing up until LITERALLY THIS WEEK was a bad idea, and they should shut down any vandalism before it got out of hand.

Nope. The mayor, Victoria Woodards, immediately threw the police officer under the proverbial bus – and her interview was airing as Tacoma was having its windows shattered by Antifa. What timing!

The mayor’s statement included this gem:

“I continue to be proud of Tacoma’s long-standing reputation as a place of strong, non-violent advocacy and activism. I continue to support your right to use your voice to advocate and demonstrate peacefully during this time of heightened tension. I know our community’s resiliency continues to be tested. I also know that we are strong and that we will get through this together.”

Meanwhile, Antifa set up blockades on the road, lit fires, and smashed windows. The poor dears had trouble burning an American flag – apparently they forgot it has been wet and cold around the Pacific Northwest in January. Good thing these darling little anarchists will go home to Mommy’s basement where it’s warm.

And why will they get to carpool back home to Seattle after smashing up Tacoma – and getting yelled at by the neighbors in the area for trashing and leaving?

Neighbors here are upset that these marchers are trashing the neighborhood. pic.twitter.com/NEHWxybXk4

Because no one got arrested, that’s why! At least not for vandalism or for rioting. Two people were arrested during the “demonstration” for first degree burglary, but that looks like someone was counting on police being too distracted to notice them. So, Antifa smashed up local businesses, made a mess, harassed the locals, and then went merrily on their way.

Will Mayor Woodards be issuing another “statement” when the full extent of the vandalism can be seen in the light of day this morning? What is she going to say to the businesses who had their windows smashed in – check your insurance policies? What possible defense can she give that we haven’t already heard before in other cities, and we know doesn’t work?

You knew what was coming, Tacoma, and you failed to learn from the myriad of examples provided by Seattle. Antifa walks away, self-satisfied with their night’s destruction, and the citizens of Tacoma are left to clean up the mess. Those same citizens are going to need to demand answers on why this riot was allowed to happen at all.