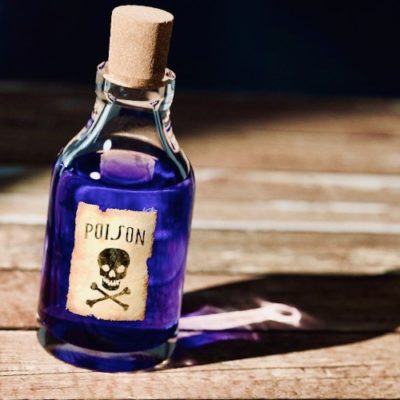 Next post
Day Five Of Impeachment 2.0 Begins With Fire 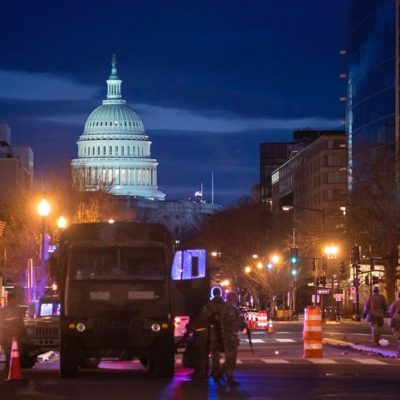 We’ve had four years of a Trump presidency rooted in misogyny, racism, bigotry and hate, according to the left. So, it comes as no surprise that Jezebel is calling the Capitol Insurrection an event rooted in misogyny.

More specifically, Jezebel claims the riots at the Capitol on January 6th were targeted specifically at women-one woman in particular-Nancy Pelosi.

They were looking for Pelosi. And (gasp), Richard Barnett’s foot on Pelosi’s desk was “representative of a rooted violence animated by misogyny”, says Jezebel.

Edwards of Jezebel goes on to argue that Trump’s nickname for Pelosi, “Crazy Nancy”, caused even members of the media (which I find hard to believe) to be numb and blind to the sheer misogyny of it all.

But misogyny, of course, was always part of Trump’s appeal. Even prior to his election, Trump had been accused of sexual misconduct by numerous women and the infamous Access Hollywood tape reaffirmed precisely what Trump believes. His words—’grab them by the pu$$y’—were dismissed as nothing more than the typical talk of boys in a locker room, the kind of jests that make men real men. The excuses were flimsy, of course, but they didn’t need to have substance, they simply needed to reaffirm to Trump’s most ardent supporters such behavior wasn’t sexist but simply the natural state of white masculinity. Trump simply took what belonged to him by right. Those who criticized, let alone stood in the way, were the enemy. Pelosi, as much as Clinton, became the focus of such ideology.”-Stassa Edwards, Jezebel

They wanted to kill Pelosi, they say.

After Richard Barnett took his boot off Pelosi’s desk and exited her office, he said in an interview that he left her a note. According to Barnett, it said, ‘Nancy, Bigo was here, you bitch!’ (Bigo is Barnett’s nickname.) Barnett was given exactly what Trump promised, enacting revenge on the enemy in the most uncreative terms possible (sexism is always extraordinarily unimaginative). Seeing Plaskett piece this together, video clip by video clip, was unsettling but not surprising. “Where are you, Nancy?” will ring in my ears for days but it will only replace the other iterations of gendered violence (Crazy Nancy, ‘lock her up’, ‘low IQ,’ ‘that woman,’ etc) that have rung in them for years.”-Stassa Edwards, Jezebel

Sexism is always unimaginative. We get it. Any person who remotely supported Trump is a doofus and an unimaginative human being in comparison to the scholars who support Madame Pelosi. Edwards cites not only the misogyny directed at Pelosi but at Alexandria Ocasio Cortez, who was later prompted to recall a past sexual assault after the trauma of the Capitol riots and Hillary Clinton, who stood by her husband, Bill, and did nothing while he sexually assaulted women throughout the duration of his Presidency. Hillary’s dedication was later explained and justified as “complex feminism“. The insurrection and the “deeply rooted misogyny” Jezebel speaks of was not just directed at Pelosi, AOC and Hillary Clinton. No, these “dumb, sexist rubes” went after Ilhan Omar and Rashida Tlaib as well.

This attack on the Capitol, according to all of this, was just a bunch of redneck men who cannot stand the fact that women are in power? These men were so wrapped around the axle about all of these women, specifically, Nancy Pelosi? C’mon, man! As Speaker Of The House, yes, Pelosi gets the attention. Which, in the real world, means her words and actions are met with scrutiny and they should be. Now, this scrutiny, this spreading of outlandish and deranged ideas that coined her the nickname, “Crazy Nancy”, this sheer obsession with impeachment and keeping the wheels of government in gridlock to spite a man she hates, clearly, is “misogyny”?

I may not agree with the violence that happened at the Capitol. Some of these violent acts killed an innocent women but Jezebel wants to talk misogyny? Okay, then. I do not think a deep, intense hate for women in power incited the Capitol surge. It is these very women, Pelosi at the top of the list, who were instrumental in the culmination of these events all along. A woman who blatantly called a sitting President a “motherf#cker” in front of her own son, a woman who took jobs away from a community and later gloated about it. These hateful women incited violence for the better part of 2020, one in particular, who holds the Brilliant VP title. And the “queen” of them all, the revered Speaker Of The House, Nancy Pelosi, sat by and ate her bougie ice cream while Americans were out-of-work and wondering where the next month’s rent was coming from. The same “queen” who managed to get her Botox treatments and a much-needed dye-job despite mandatory lockdowns? Do you all think some women were impacted here, Jezebel? That is, the women who chose to have children who perhaps couldn’t work because they had no jobs to go to or perhaps because their young children were not in school for 10 months? How many women were impacted by this? Can we venture to guess?

Stonewalling COVID-19 relief (and the relief of Americans to include WOMEN) because one doesn’t like the current President is not what mature women of principle do. Neither is ripping up a State of The Union speech on-camera. This is what petty, classless, catty, mean-girl bitches do. That’s right, I called Nancy Pelosi a “bitch”, misogynist that I am. Why? Because she is. And yes, she is crazy. These are not “smart” women. These are not caring women. These are not compassionate women. These are the lowest of the low. These are women who engage in the very stereotypical behavior that earns them the “misogynistic” title of “bitch”. They are celebrated as such by their admirers. But they also like to play the victim when convenient for the narrative, therefore, perpetuating the very stereotype Jezebel accuses the right of. As far as the Capitol riots go? Yeah, “some people did something“, Ilhan Omar and Jezebel. Was it rooted in misogyny? That’s up for debate.