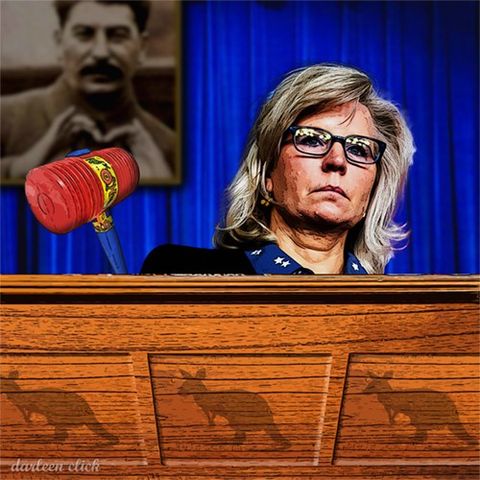 The sham Jan 6 committee hearings with its deceptively edited videos ran into a snag last night. One that ignited a spat between Chairman Bennie Thompson and Liz Cheney.

The chairman of the House select committee investigating the January 6, 2021, attack on the US Capitol told reporters Monday that the panel will not make any criminal referral of former President Donald Trump or anyone else to the Justice Department — a claim that met swift pushback from members of the panel.

“No, you know, we’re going to tell the facts. If the Department of Justice looks at it, and assume that there’s something that needs further review, I’m sure they’ll do it,” Democratic Rep. Bennie Thompson said when asked whether the committee would refer Trump or others to the department.

Pressed again on whether the committee would ever make a formal referral to the Justice Department, the Mississippi Democrat said, “No, that’s not our job. Our job is to look at the facts and circumstances around January 6, what caused it and make recommendations after that.”

In other words, the guy (Thompson) who refused to attend Trump’s inauguration because he deemed THAT election stolen, is suddenly saying that there was no criminal wrongdoing by President Trump? That they are only looking at “facts” and at best, when it’s all said and done, this sham committee will only make recommendations? That’s pretty damned weak in my opinion!

Which is why this entire Jan 6 committee crap is such a joke. On Monday the committee had a list of witnesses called to testify, and nothing new was added, except carefully edited videos of supposed bombshell testimony.

Furthermore, one of the witnesses DIDN’T show to the hearing. If he had, Liz would’ve had to recuse herself in my opinion. Why? Because Bill Stepien is now the campaign manager for her opponent in Wyoming, Harriet Hageman.

The day after a poll was released showing @Liz_Cheney getting destroyed by Trump-endorsed @HagemanforWY, the committee just happened to subpoena Stepien, who is running Harriet’s campaign. This circus is beyond an embarrassment and will forever stain the integrity of congress. https://t.co/w8NCe4Jvdp

But Liz is all in on this sham. She’s pushing it with all her might. Does she care that she’s cratering in the polls in Wyoming? Only enough to suddenly have people writing letters to the editor of Wyoming newspapers for the last few days. Otherwise, she’s still insisting that this is about nothing more than the rule of law, our Constitution, and saving our Republic from deluded Trump deplorables.

So much so that she clapped back at Bennie Thompson last night.

The January 6th Select Committee has not issued a conclusion regarding potential criminal referrals. We will announce a decision on that at an appropriate time.

Get your popcorn! Evidently Liz is so neck deep in her Trump hatred that she sniped back at Bennie getting out of his lane. Who is really leading the Jan 6 committee? Bennie or Liz?

As for Liz’s insistence that there will be criminal referrals, note her use of the word “potential.” That tells me that this committee is still searching for the big ole Gotcha and they haven’t found it yet.

Heck, even Rachel Maddow had to admit there’s nothing to see here regarding Trump on that day.

“Yes, there was a pro-Trump rally, at which the President spoke, and we can absolutely talk about all the things the President said there. But the idea that that rally is the thing that got out of hand and that somehow resulted in the breaching of the Capitol—that rally was very far from the capital, and the people who […] did the initial breach that allowed everybody else to come in, they never went to that rally.”

“It’s just technical issues,” Representative Zoe Lofgren, Democrat of California and a member of the committee, said as she walked into a meeting of House Democrats. She said that for staff aides who were compiling a series of videos to be showcased at the session, “it was overwhelming, so we’re trying to give them a little room.”

“It’s not a big deal,” she added, telling reporters that the delay was not a substantive issue or related to the availability of witnesses.

Why yes, I’d say editing video testimony of witnesses so it fits the chosen narrative is super tough work these days. These hearings and all the compelled testimony has been in the works for nearly 1 1/2 years now, but SUDDENLY they need more time to edit the videos?

Something tells me this has more to do with Bennie and Liz fighting over getting Trump prosecuted than video editing.

NBC News Lester Holt on Pelosi's sham political witch-hunt, "a lot of these shots will seem familiar to people."

Again there is NOTHING new here.

This is just a desperate attempt by Pelosi to distract the American people. pic.twitter.com/j1bGXYCtsw

Inflation is on the rise, the stock market shuddered yesterday, billions have been sent to Ukraine with nothing to show for it, our border is a mess, we are energy dependent once again, Yellowstone National Park is closed due to massive flooding, and all Liz Cheney cares about is Trump and January 6th. 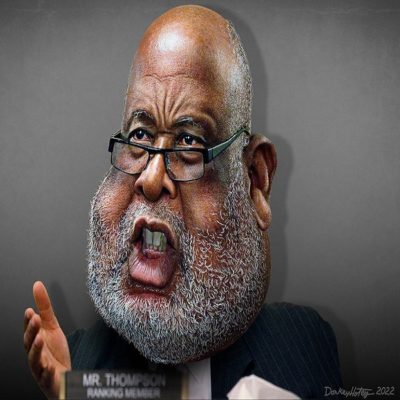