Next post
This is No Way to go Through Life, Snowflakes 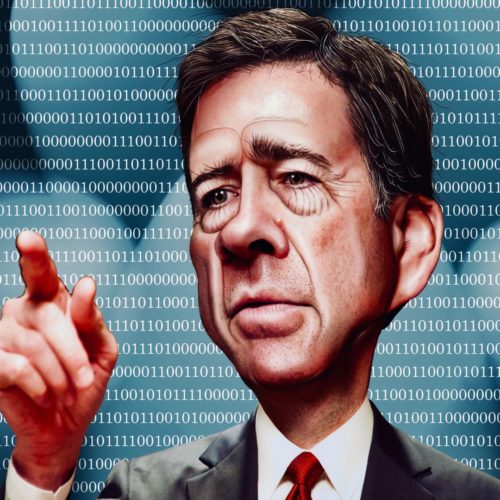 James Comey doesn’t tap dance very well. But he sure gave it the old college try during this morning’s interview with Chris Wallace on Fox News Sunday.

Comey flat out stated that “As director, you aren’t kept informed on the key details of an investigation.” Seriously? This was an investigation involving candidate and then President Trump. Yet, as head of the FBI, Comey tells Chris Wallace he knew very little about the investigation?? I can understand if he wasn’t briefed on some low level investigation of a government employee facing charges of improper conduct. But to claim that he was never briefed on the Trump investigation? WOW. That’s quite a tap dance.

“Although we do not expect managers and supervisors to know every fact about an investigation, or senior officials to know all the details of cases about which they are briefed, in a sensitive, high-priority matter like this one, it is reasonable to expect that they will take the necessary steps to ensure that they are sufficiently familiar with the facts and circumstances supporting and potentially undermining a FISA application in order to provide effective oversight, consistent with their level of supervisory responsibility. We concluded that the information that was known to the managers, supervisors, and senior officials should have resulted in questions being raised regarding the reliability of the Steele reporting and the probable cause supporting the FISA applications, but did not. In our view, this was a failure of not only the operational team, but also of the managers and supervisors, including senior officials, in the chain of command.

For these reasons, we recommend that the FBI review the performance of the employees who had responsibility for the preparation, Woods review, or approval of the FISA applications, as well as the managers and supervisors in the chain of command of the Carter Page investigation, including senior officials, and take any action deemed appropriate.”

THREE different teams of FBI agents put together FISA warrants on Carter Page. All three of those teams were found to have made a total of seventeen glaring errors in their warrant applications. Applications that Comey admitted that he signed off on. Yet he wants us to believe that A. he didn’t know much about the investigation into Trump, B. the investigation wasn’t political in nature, and C. Carter Page’s name shouldn’t have been made public and everyone needs to quit being mean to the FBI!

As Marta wrote here, the IG report shows that the FBI needs to clean house from top to bottom, and that all associated with the Crossfire Hurricane investigation (hello Lisa Page and Peter Strzok) lack integrity.

So, for Comey to tell Chris Wallace that the people involved were just flawed and nothing associated with the investigation, including the Steele Dossier (which, according to Comey wasn’t debunked), was political in nature??!! And I have a tap dance studio on the moon to sell you.

According to Comey, altering an email that, in the original, stated Carter Page WAS a helpful source to the CIA to read that Page ‘was not a source’ was just a glitch.

Furthermore, we are supposed to ignore what happened because people just got a little ‘sloppy.’

FBI agents, under Comey and McCabe, didn't make "mistakes" or engage in "sloppy behavior" w/ FISA abuse. They made deliberate decisions to omit crucial information in FISA applications, including Carter Page connection to the CIA and Steele's connection to the Clinton campaign.

As Katie points out here, the FBI agent along with the entire IG report, has been referred to John Durham for criminal referral. But Comey flatly said there wasn’t any criminal misconduct.

Here’s something else to consider.

How does @FoxNewsSunday Chris Wallace NOT ask @Comey,

"Why did you not give the Trump campaign a defensive briefing?"

Very important question that needs to be answered.

That is indeed a very important question! Horowitz definitely stated during the hearing the other day that the Clinton campaign was given a defensive briefing about Russia trying to hack into the campaign. Heck, the DNC knew Russia was trying to do so. Remember Podesta’s password debacle? Yet the DNC wouldn’t let anyone examine their servers. Meanwhile the Trump team was …NOT given a defensive briefing. But again, the Crossfire Hurricane investigation, according to James Comey, wasn’t political in nature whatsoever.

A few days ago Comey told Anderson Cooper that we’ve all become numb to lying.

No, we aren’t numb to lying. We are infuriated by the lies you continue to peddle. YOU, James Comey, have contributed to this jackassery called impeachment our Republic is now embroiled in. YOU, James Comey, helped create and foster the environment that has led to this.

It’s a sign of James Comey’s lack of integrity that he continues to try to convince everyone that he was just an innocent bystander in the investigation into Donald Trump.