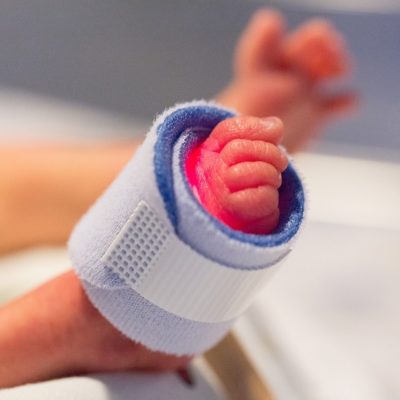 Previous post
My America: Christmas Cheer In The NICU 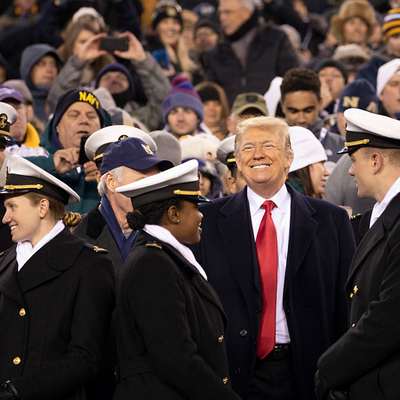 by Kim Hirsch in military 10 Comments

On Saturday the US Naval Academy Midshipmen and the US Military Academy Black Knights met on a football field to settle their rivalry for another year. President Trump was on hand for the festivities in Philadelphia, and administered the coin toss. Spectators, midshipmen, and cadets all greeted the Commander-in-Chief warmly, because Army-Navy embodies the American spirit.

Of course outside the stadium the usual peeved protestors demanded impeachment. But ho-hum, what else is new? So boring. So predictable.

But leave it to keyboard warriors at Twitter to find some new outrage, because where Trump is, there must be evil afoot. Even at such a storied event as Army-Navy.

Apparently some West Point cadets in the stands made the dreaded finger-thumb circle, and it was caught on camera. Oh, the horror! This is Trump’s racist America!

Trumps America #ArmyNavyGame a bunch of cadets throwing up the white power symbol on national television. Hopefully they will face disciplinary action. #Disgusted

The sleuths at USA Today jumped right on the hot story, shrieking in its headline that a “White Power hand symbol appears to be used during pregame broadcast.” USA Today did acknowledge in the story that the gesture is also part of the old “circle game.” But why check facts when you can make a headline sound so juicy?

“Twitter was full of posts from indignant TV viewers of the annual football competition between the Army’s West Point team and the Naval Academy’s Annapolis-based team who tweeted footage of cadets — apparently emboldened by the presence of a president who is willing to pardon war criminals — jockeying to get their white power hand signs on camera.”

HuffPost huffed that “cadets flashed apparent white power signs.” Even the staid Wall Street Journal is on the case of the racist cadets.

To acquiesce the Twitter mob, West Point decided to investigate the incident. A spokesperson emailed the following statement:

“West Point is looking into the matter. At this time we do not know the intent of the cadets.”

Naval Academy midshipmen, however, are not off the hook. Twitter snoopers discovered one of the brigade also making the gesture. So now USNA is investigating, too.

Frankly, I wish Annapolis and West Point would just tell these putzes to bugger off. Or, in the case of Navy, to take a long walk off a short pier. The more you capitulate to bullies, the more beatings they’ll give you.

Let’s be honest here: those hand signals are just hijinks from young men, who are, after all, college students. They’re having the time of their lives. How dare they have fun!

But you’d think the millennials who populate Twitter would recall that the “OK” sign began in 2017 as a 4chan hoax to troll liberals. Even the Anti-Defamation League acknowledges that much. Or it could be a version of the much-older “circle game.” It’s a dumb kid game that involves making the sign and punching the person who looks at it.

But no, it can’t be that innocent. Because Donald Trump is the Commander-in-Chief, the Army-Navy game has got to have racists involved. So these Twitter keyboard warriors pound their computers, eager to denigrate young men who represent Trump’s military. And it makes them gleeful to take down “the best of the best.”

Self-righteousness is one hell of a drug, isn’t it?