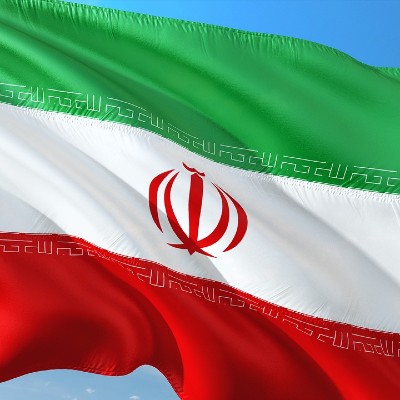 It has been a whole year since the United States took out the terrorist Qasem Soleimani, and Iran is still plenty mad about it.

It’s not like the terror-sponsoring regime hasn’t been busy, what with a gigantic COVID disaster, executing an Iranian wrestler for murder with a confession alleged to have been coerced under torture, and watching a top nuclear scientist get taken out in a drive-by shooting. But the death of Soleimani still chaps their hide, and they have not forgotten about it.

Well, Iran may not have done anything that day (and a few other things were happening at the Capitol on January 6th), but they now know that they are going to be dealing with Joe Biden, not Donald Trump. And Joe Biden has made no secret that he wants to get the Iran Deal back. Well, Iran may want to get a new deal, but it seems that they are doing their level best to absolutely be the most aggressive and threatening “dealmakers” possible.

Within the last two weeks, Iran has announced that they achieved new uranium enrichment levels. This, apparently, they hope will increase their “leverage” in making a new Iran Deal with Joe Biden.

Within the last week, Iran decided to shoot off a few missiles for funsies in the Indian Ocean, landing about 100 miles from the Nimitz aircraft carrier strike group, and about 20 miles from a commercial ship. Now, the military has brushed this off as “Iran being Iran” and saying that they routinely shoot off missiles that land into the ocean. That explanation isn’t the least bit comforting.

Within the last week, the news leaked that Iran is poised to execute yet another wrestler for a murder he allegedly confessed to committing. Why, how strangely coincidental.

Cameron Khansarinia, the policy director for the National Union for Democracy in Iran (NUFDI), a nonpartisan organization of Iranian-Americans, told Fox News: “While most athletes fear the further cancellation of sporting events due to the COVID-19 pandemic, athletes in Iran fear being murdered by the Islamic Republic. After murdering champion wrestler Navid Afkari, the criminal regime occupying Iran intends to put fellow wrestler Mehdi Ali Hosseini to death.”

Khansarinia continued, “The International Olympic Committee has as yet refused to take any serious actions against the regime in Tehran for its bloody assault against athletes, despite a coordinated campaign by Iranian athletic champions.”

And yesterday, the news broke that an Iranian-American businessman with dual passports has been convicted and sentenced to prison without a trial.

Iranian-American Emad Shargi, 56, was summoned to a Tehran court on Nov. 30 and told he had been convicted of espionage without a trial and sentenced to 10 years, a family friend said.”

Shargi’s family has not heard from him for more than six weeks, the family said in a statement.”

Only a year earlier, in December 2019, an Iranian court had cleared Shargi of any wrongdoing, but the regime withheld his Iranian and U.S. passports.”

The about-face by the Iranian authorities took place only weeks after Biden won the U.S. presidential election and three days after the killing of a leading nuclear scientist and senior defense official, Mohsen Fakhrizadeh, east of Tehran. Iran blamed Israel for the assassination; Israel has declined to comment on the incident.”

Note the way that NBC News words this in their tweet.

I would ask why NBC’s first impulse is to frame this story as “OMG IRAN WHY ARE YOU MESSING UP BIDEN’S CHANCES FOR A NEW IRAN DEAL,” but we all know why. It was no secret that China and Iran were openly hoping that Joe Biden would win the 2020 election. The media, proving Ben Rhodes’s point that they really are a bunch of dummies who will believe anything that they are told, still think that Obama’s Iran Deal was THE BEST THING EVAR because it had Obama’s name on it, plus Orange Man Bad. Even though the Trump administration has seen more Middle East peace deals than could have possibly been conceived of when he took office in 2017, the media had a fit of the vapors when Trump ended the Iran Deal and hasn’t stopped hyperventilating about it since.

So, NBC learns of a terrible story of a businessman with Iranian and American passports, who gets trapped in Iran, cleared, and then the regime says “LOL nevermind” and convicts him without a trial. And instead of really trying to investigate the horrors of a regime that would do such a thing, and asking why would we want to deal with monsters like this, they worry about poor Joe Biden, who JUST wants to make things with Iran better! Why, it’s almost like Iran is actually trying to be bad! Do they not want to get the Iran Deal back? Why would they make this so hard for poor Grandpa Joe, who isn’t the Bad Orange Man?

Well, let’s make this really easy for NBC News. First, Iran is bad and their leaders are dictators and terrorists. Second, they know Joe Biden is a spineless fool that will come to them with open hands because he made a stupid campaign promise to get back into the Iran Deal, and didn’t put any conditions on that promise. Third, they want to get a little revenge on America for having turned their beloved Soleimani into a pothole on an Iraqi tarmac, so if they toss an Iranian-American into prison without a trial, meh, so be it.