Next post
Trumpism Must Be Purged Say Obama Counsels 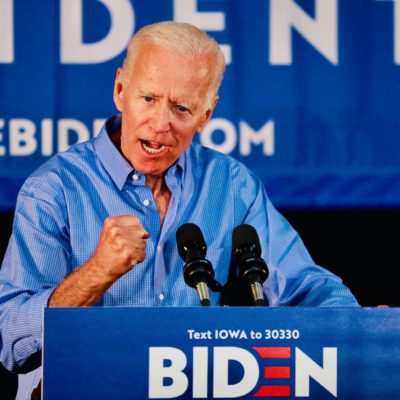 Joe Biden will be Iran’s savior and they need his brand of diplomacy now more than ever. That is the conclusion from several “journalists” and policy wonks writing in the New York Times yesterday evening.

“Never, however, has the Islamic Republic endured a spate of covert attacks quite like in 2020. In January, an American drone strike killed the revered general Qassim Suleimani as he was in a car leaving the Baghdad airport (an attack facilitated by Israel’s intelligence, officials say.) And Iran was humiliated in August by an Israeli hit team’s fatal shooting of a senior Al Qaeda leader on the streets of Tehran (this time at the behest of the United States, its officials have said).”

Oh. My. Word. We are supposed to be crying in our beer because terrorists along with those who helped build and fund terrorism are no longer living? I don’t think so!

Never mind that, bring on Biden who will save them all!

“Iran has endured four years of devastating economic sanctions under a campaign of “maximum pressure” from President Trump, and many Iranian leaders are desperately hoping for some measure of relief from a Biden administration. The president-elect has pledged to seek to revive a lapsed agreement that lifted sanctions against Iran in exchange for a halt to nuclear research that might produce a weapon.”

Let’s think about that for a minute or two. Obama and John Kerry snuck around for months crafting the Iran Deal. Kerry made out like a bandit getting to hang out in Europe, dine in great restaurants, and reside in 5-star hotels while working to sell the United States down the river. Meanwhile Iran continued to sponsor terrorism around the globe, and blatantly showed the world multiple times that they never had any intention of complying with the deal. So what did the Obama Administration do?

Pallets of cash mysteriously arrived in Iran in the dead of night. $150 billion dollars worth.

But wait! The New York Times is here to tell us that Iran isn’t producing enough uranium to make a bomb.

“The latest killing may not provoke Iran to build nuclear weapons, but it will likely feed the animosity between the United States and Iran, making diplomacy that much harder. It could strengthen hard-line factions in Iran arguing against a return to diplomacy — factions seeking to complete their control of Iranian politics in presidential elections scheduled for June.”

And if you believe that, you’ll also believe the moon is made of green cheese and Joe Biden 100% knows what he is talking about.

Joe Biden will save Iran from itself and from President Trump.

We are supposed to be oh-so worried about the vulnerable Iran regime ever since Prime Minister Benjamin Netanyahu sent in intelligence operatives last year that resulted in an intelligence treasure trove of information. Specifically information that did indeed show that Iran was definitely involved in building nuclear weapons.

But again, we should be in mourning for the scientists. We are supposed to be very sorry that Soleimani was obliterated from the face of the earth. In fact, we are supposed to imagine what would happen if the shoe was on the other foot, and Iran had assassinated an Israeli nuclear scientist.

I mean they’ve literally been caught planning bomb attacks around the world within the last few years, what is with this minimilisation? You don’t have to pretend Iran wouldn’t do this, they assassinated the former Lebanese Prime Minister 15 years ago and nobody did anything. https://t.co/9WjNoSqHYi

Would it surprise you, our readers, to find out that the New York Times “journalists” don’t even do a modicum of research? Of course not. Why? Oh, because Iranian diplomat, Assadollah Assadi, is on trial RIGHT NOW for working to bomb an anti-Iranian government rally in France.

If Iran moves closer to building nuclear bombs, it will be President Trump’s fault for assassinating one of their most blessed scientists. Thus, the media and policy wonks are now telling us that Iran’s only choice is to wait for Biden the Savior as he will cool their reactors and magically Iran will never build a nuclear weapon in our lifetime.

Are any of these people concerned about Iran’s continued sponsorship of terrorism around the world? Nope. If they were, they wouldn’t have cheered on the crafting of the original Iran Deal in the first place.

Iran wants Savior Joe Biden in office. Why? Because he and his administration will be an Obama redux all over again. One that will allow Iran free reign at the expense of innocents all over the world.