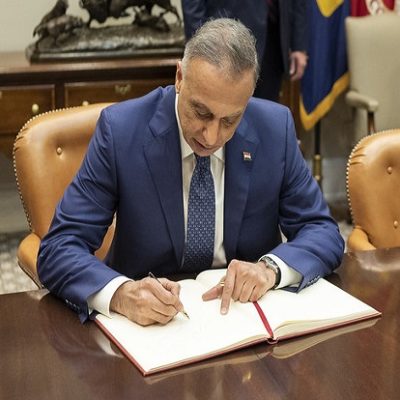 The infrastructure bill, after months of debate and delayed votes, has finally passed in the House of Representatives.

But even though this is definitely a win for President Brandon over there, the cracks it has exposed on both sides of the political aisle are plain to see. Nancy Pelosi and Pramila Jayapal could not pull the Squad into line, which is a problem with the narrow Democrat majority. However, thirteen Republicans bailed out Biden and Pelosi under some kind of delusional “bipartisanship” moment, which SHOULD be an issue going forward with Mitch McConnell and Kevin McCarthy.

House lawmakers passed President Biden’s $1.2 trillion bipartisan infrastructure bill late Friday night, securing a key victory for his administration and breaking a weeks-long deadlock between moderates and progressives that threatened to derail the legislation. The vote was 228-206, with 13 GOP lawmakers crossing party lines to join Democrats in voting in favor of the legislation.”

The bill, which provides funding for physical infrastructure projects such as roads, bridges, water pipes and broadband internet, will now advance to President Biden’s desk for final approval. Senators already voted 69-30 to approve the legislation in August.”

“The Squad,” a group of high-profile progressive lawmakers, were the only six Democrats to vote against the bill. The group includes Reps. Ilhan Omar, Cori Bush, Jamaal Bowman, Rashida Tlaib, Alexandria Ocasio-Cortez and Ayanna Pressley.”

First, let’s look at the Democrats. As we have said repeatedly, ever since the Squad was formed and raised their bitter anti-Semitic heads, they have become a knife in Nancy Pelosi’s back. Even their den mother, Progressive Caucus chair Pramila Jayapal, could not wrangle the six diehard Squaddies into voting for infrastructure on the pinky-promise that the “Build Back Better” bill was going to get a “framework” and that would make things better. The Squad, for all of their obvious problems, are decent political strategists. They knew that by giving in on infrastructure, they would lose their bargaining chip on BBB and all that glorious pork they want. They wanted to bend Joe Manchin and Kyrsten Sinema to their will. Instead, they became a painful speedbump to Pelosi’s path to a majority vote.

And now, the Republicans. Pelosi lost the Squad, but that was only SIX votes. If the thirteen Republicans who had voted for the bill had voted against it (with the Squad still voting against the bill), the vote total would have been 215-219. Would the Squad have switched up their votes? Who knows, but they didn’t have to, because these thirteen Republicans bailed them out instead. WHY? WHY didn’t they make Nancy Pelosi sweat out every single vote? WHY would any Republican in the House want to spend THIS MUCH MONEY and give President Brandon a legislative win? And yes, this is a win for him.

President Biden on Saturday hailed the passing of what he called a “long overdue” infrastructure bill after it passed the House with Republican votes a day earlier — and said “we’re just getting started.”

“Folks, yesterday I don’t think it’s an exaggeration to suggest that we took a monumental step forward as a nation,” a clearly delighted Biden said at a press conference.”

Biden, who no longer knows which end is up, now wants BBB to happen. And why wouldn’t he? After all, he JUST got a win.

On Saturday, Biden said that the House will take up the vote on the bill — called the Build Back Better Act — on the week of Nov. 15 and said he was confident it would pass the chamber, even with zero GOP support and a slim Democratic majority.”

“Let me be clear. We will pass this in the House and we’ll pass it in the Senate,” he said.”

The list of Republicans who voted for the infrastructure bill has already been spread far and wide over Twitter.

Their explanations for why they voted for the infrastructure bill are… not compelling. It seems that many of these House Republicans – some of whom are retiring – wanted to make sure they got their fair share of the pork sandwich as well.

Those who voted for it defended their decision, with Rep. Nicole Malliotakis, R-N.Y., arguing that the funding “will be used by states and cities to modernize roads, highways, bridges, sewer systems, and flood resiliency projects, including right here on Staten Island and in Southern Brooklyn.” She also said that the passage of the bill would weaken efforts by Democrats to pass the separate spending package.”

“It is my hope that now that the bipartisan infrastructure bill has passed, we have weakened the socialist’s negotiating hand and perhaps even killed this radical socialist spending spree once and for all,” she said.”

Malliotakis is saying much of the same thing as other Republicans: it’s good for MY district. Some of this blame should be placed directly on Senate Republicans who helped write and voted for this stupid infrastructure bill in the first place, thereby giving these House Republicans cover to vote for the dumb thing.

BUT we won’t vote for BBB, they insist.

Sooooo…. why are you helping Joe Biden anyway?

Because we want our fair share of taxpayer dollars to take back to our districts to prove that we can bring home the bacon for our voters!

And that is exactly why the Squad wants the “Build Back Better” bill. They just want it on a larger scale in an attempt to buy off American voters with “free money” and perpetual debt.

However, we cannot forget who the REAL heroes of the moment are, as New York Times reporter Peter Baker would like to remind everyone.

Whatever you think of the outcome tonight, one thing we all ought to be grateful for are the incredible congressional correspondents who have covered this long debate with smarts, insight and especially stamina.

It never fails. I keep waiting to the media to break an arm while stretching to pat themselves on the back, and it never happens.

The Republicans who voted for this infrastructure bill apparently learned nothing from last Tuesday’s vote. Americans are looking at their rising bills and the empty shelves, and voting with their wallets. They aren’t looking to shovel more money into Amtrak, they want inflation to stop so they can afford their groceries. You’re not supposed to be helping Biden spend more money that we don’t have.

I mean, The Squad is playing the long game to try and get what they want. Why are Republicans always so eager to prove that they can be “bipartisan,” and why does it always end up costing the American taxpayer MORE money when they do?