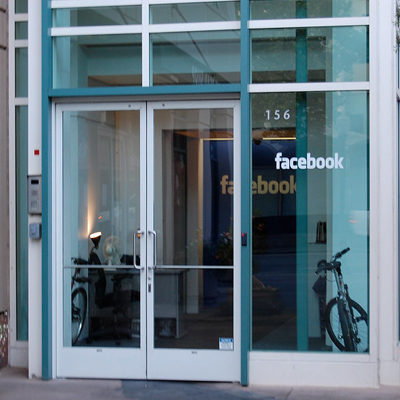 Next post
Harris Sends Husband To Border State To Campaign

The media-accepted nickname of “the Squad” is no more within the halls of the GOP.

After the disgraceful displays of the last few weeks, Representative Mike Waltz of Florida – who happens to share a hallway with AOC – decided that the Squad needed a much more honest rebranding.

As a Green Beret, I fought alongside our allies against terrorism. Never did I ever think I would serve in Congress with the Hamas Caucus who's defending terrorist attacks on our greatest ally in the Middle East, Israel. pic.twitter.com/89DkGTwB5h

Waltz told Fox News that he is giving a new name to the squad: The “Hamas Caucus.”

“Never did I think I would get elected to Congress and have my colleagues supporting terrorism…inside the halls of Congress,” Waltz said. “So, what we did in our office building last week was put up huge ‘I stand with Israel’ posters. My colleagues and I lined the hallways with it. And in one hallway, Rep. Ocasio-Cortez has to walk down that hallway every time she goes to vote. So, I’ve renamed the Squad: The Hamas Caucus.”

Honestly, it’s hard to think of a more fitting name for this angry bunch of radicals that are now sitting in Congress. Rashida Tlaib, Ilhan Omar, Ayanna Pressley, Cori Bush, Jamaal Bowman, and AOC have all called Israel “an apartheid state” or accused Israel of bombing civilians or committing “terrorism” against Gaza. They really should lean into this new name for themselves.

And finally, some Democrats are beginning to speak up against the Hamas Caucus. Four Democrats in Congress have sent a letter to the White House, asking for “an experienced and qualified United States Ambassador-at-Large to Monitor and Combat Anti-Semitism.”

Growing antisemitic incidents are being fueled from a variety of sources, including a torrent of antisemitic posts online. For instance, the Anti-Defamation League found more than 17,000 tweets in one week with some variation of the phrase, “Hitler was right.”

At the same time, elected officials have used reckless, irresponsible antisemitic rhetoric. These include repeated, unacceptable, and blatantly antisemitic statements made by a Member of Congress comparing facemasks and other COVID-19 public health measures to “what happened in Nazi Germany” during the Holocaust.”

We also reject comments from Members of Congress accusing Israel of being an “apartheid state” and committing “act[s] of terrorism.” These statements are antisemitic at their core and contribute to a climate that is hostile to many Jews. We must never forget that less than eighty years ago, within the lifetime of our parents and grandparents, six million people were murdered by the Nazis in the Holocaust because they were Jews. Israel has long provided the Jewish people with a homeland in which they can be safe after facing centuries of persecution.”

Yes, these Democrats are lumping Representative Marjorie Taylor Greene in with the Hamas Caucus for her recent crappy Holocaust comparison comments. The difference is that Marjorie Taylor Greene’s comments were condemned by Minority Leader Kevin McCarthy and the House Republican leadership. Has anyone heard anything from Nancy Pelosi regarding the new Hamas Caucus, her former little Squaddies who she happily posed with on the cover of Rolling Stone? Anything at all?

The other difference between Taylor Greene’s crappy Holocaust comparison and the Hamas Caucus? Bad Holocaust comments aren’t the reason that Jews are being attacked in the streets.

Lebowitz said what started as a calm conversation at a coffee shop with a stranger, turned to a nasty gash on the back of his head.”

“We talked about Israel-Palestine until he said, ‘the Jews are not going to exist’ and I said, ‘I’m a proud Jew.’ That’s when it got violent,” Lebowitz said.”

The 67-year-old Lebowitz wore his Star of David neckless as the pair walked outside Eataly restaurant at Park MGM. The conversation escalated as they went along and then turned violent.”

“He yells out, ‘baby killers!’ Puts his hand to my face and throws me to the ground. I fell back. I smacked my head,” Lebowitz recalled.”

Lebowitz said he never laid a hand on the man, who towered over him. His family called 911, but by the time police arrived the man who had pushed him to the ground had disappeared.”

Yeah, I’m thinking that MTG’s comments aren’t behind this one, or encouraging the violence we have seen. This is the language encouraged and repeated by the Hamas Caucus. These are the actions we have seen repeated across the country.

And until Pelosi and other Democrat leaders – all the way up to Biden and Harris – speak up to condemn the language that the Hamas Caucus uses, those attacking random people will continue to feel emboldened. If Biden thinks his party still supports Israel, now would be the time for him to prove it by verbally slapping down the former Squad, this radical Hamas Caucus. Sadly, I don’t recommend holding your breath waiting for this to happen.