Next post
Lin Wood, Social Media, and Freedom of Expression 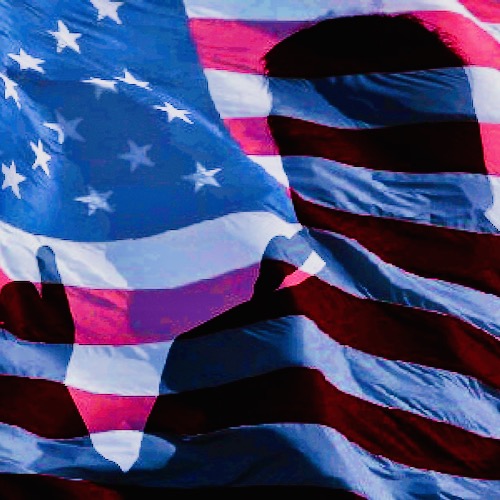 Impeach or Resign. That’s what we’ve been hearing since the awful events of January 6th. The inference is, get President Trump GONE before January 20th and this country will be magically healed.

“Pressure is growing on President Trump to leave office before his term ends due to his role in the deadly riots that consumed Capitol Hill this week.

Sen. Lisa Murkowski (Alaska) on Friday became the first Senate Republican to call on Trump to resign after he whipped up a crowd he summoned to Washington, D.C., to protest President-elect Joe Biden’s election victory.

Democrats have drawn up articles of impeachment citing an “incitement of insurrection” and Sen. Ben Sasse (R-Neb.) has said he’d consider voting to remove Trump from office if the House votes to impeach him again.”

Neither resignation nor impeachment will fix the problems we face now. PERIOD. Politicians on both sides of the aisle are calling for President Trump to be gone before Joe gets his little party on January 20th. Add to that group, Maxine Waters. She has now declared that the President is hard at work to create a civil war and must be prosecuted. Uh huh. Need I remind our readers that good ole Maxine advocated for violence against Trump supporters several years ago? Yet somehow she is still a Congress critter. It is ok for her to call for violence and get a pass. Meanwhile the President says in his speech that people should “walk down Pennsylvania Avenue,” “cheer on our brave Senators and Congressmen and women,” “not let them silence your voices” and that means he’s creating civil war??

The media and Democrats, along with far too many Republicans have decided that, after the events on January 6th, that President Trump is solely responsible for EVERYTHING bad that has happened since that fateful election night in 2016. Therefore, impeach or resign RIGHT NOW is absolutely the best thing that can be done, even as their assertions don’t pass the legal smell test.

Will it be the magic elixir to fix our nation. No it won’t. Why? The big tech social media crackdown yesterday has added to the divisions we have in this country. Conservative and faith-based voices all over Facebook and Twitter were arbitrarily silenced without so much as a by your leave, a by-product of big tech’s gleeful permanent ban of everything to do with President Trump.

It is absolutely appalling to me to see many conservatives cheering on the banning of President Trump from social media. They excuse it as, it was necessary because ‘we’ve never liked him.’ In other words, they believe censorship is ok in those certain instances BECAUSE! What a hideous slippery slope they’ve set themselves on.

How else will resignation or impeachment NOT help matters?

None of this is about “safety,” it’s about purposely inflating a threat in order to assert political and cultural dominance

Clear-headed thinking from a liberal reporter! Here’s some additional thoughts to ponder from Glenn Greenwald.

“It is stunning to watch now as every War on Terror rhetorical tactic to justify civil liberties erosions is now being invoked in the name of combatting Trumpism, including the aggressive exploitation of the emotions triggered by yesterday’s events at the Capitol to accelerate their implementation and demonize dissent over the quickly formed consensus. The same framework used to assault civil liberties in the name of foreign terrorism is now being seamlessly applied — often by those who spent the last two decades objecting to it — to the threat posed by “domestic white supremacist terrorists,” the term preferred by liberal elites, especially after yesterday, for Trump supporters generally. In so many ways, yesterday was the liberals’ 9/11, as even the most sensible commentators among them are resorting to the most unhinged rhetoric available.”

It is stunning and well, infuriating. Here’s the thing, everyone can pander to their base and call for resignation or impeachment. Even those who have much better things to do such as getting people vaccinated, but would rather grandstand instead.

You deprived first responders in New Rochelle from being vaccinated. What happened to all those vials of vaccine that were confiscated?

Put to good use elsewhere, like to vaccinate the elderly?

Impeach or resign: either move would cause more harm than good.

“Author Franz Kafka once wrote, “My guiding principle is this: Guilt is never to be doubted.” Congressional Democrats appear close to adopting that Kafkaesque standard into the Constitution as they prepare for a second impeachment of President Trump. In seeking his removal for “incitement,” Democrats would gut not only the impeachment standard but free speech, all in a mad rush to remove Trump just days before the end of his term.”

Guilt has been assumed and assigned. To use that to demand that President Trump resign or face impeachment is morally and legally wrong. Furthermore, as Turley and many others are pointing out, President Trump’s speech, transcribed in full here, while reckless, did NOT explicitly nor implicitly call for violence of any kind.

Yet impeach or resign is the call of the day.

If there IS an impeachment hearing within the next few days, will the Senate call as witnesses those who invaded the Capitol? That would be the only way to conclusively PROVE that President Trump incited them to violence. Which would result in the entire proceedings becoming an epic farce.

Resignation or impeachment won’t stop with President Trump, as it is incredibly evident that the Left will leap miles down the road to go after others after gaining that inch. This is something that this Republic cannot afford to have happen. Period.