Previous post
Anderson Cooper Needs To Go Back To Snootsville

Next post
Impeach Or Resign: Neither Will Magically Solve The Problems We Face 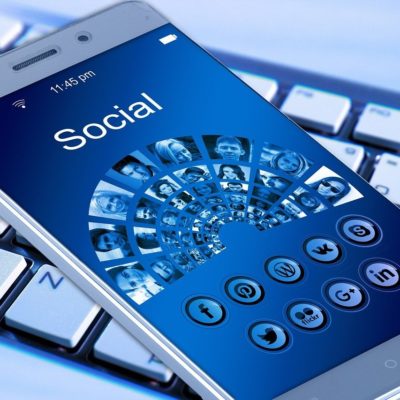 Or, as someone said last night, “social media massacre for revenge.” These are the times we’re living in. The Left and the Never-Trumpers are determined to not only erase everything Trump did while in office but to silence anyone who fails to fall in line with the party stance. And have no doubt what that party is. It isn’t the Republican Party. Nor is it the Democratic Party, at least not the Democratic Party your parents and grandparents knew. The Democrats are now nothing but a front for Socialists who are proving yet again they see nothing wrong with silencing dissent and using any means they feel necessary to do so.

Even as Nancy Pelosi screams about the danger of Trump having the nuclear codes, she stands  on the sidelines watching (and probably applauding) as social media platforms stop trying to hide the fact they’re nothing more than an arm of the liberals. The internet was alive yesterday with stories about how Apple and Google were suspending the Parler app from their app stores. Facebook, Twitter and other social media platforms banned Trump and others for so-called violent rhetoric, among other things.

It’s almost as if they’d been waiting for something like the so-called DC riots earlier this week.

Hmmm. . . maybe I need to start wearing my tinfoil hat again because that is starting to make sense. Before I go down the conspiracy trail, let’s look at what happened yesterday.

Facebook got things rolling with a 24-hour ban of the President which they later redefined as “indefinite”. They were quickly followed by other social media sites like Twitter, Snapchat and Instagram. Twitch joined the ban wagon, saying they would “reassess his account after he leaves office.”

In other words, they are silencing the current President of the United States until their president takes office. How much you want to bet the other platforms follow suite and we see Trump’s accounts released once he no longer sits in the Oval Office? Of course, by then, they will have rewritten the history of the last four years–or at least started taking steps in that direction.

If that’s all, it would be bad enough. the last four years have been nothing if not a primer on the dangers of having a media and social media that is in the hip pocket of a political party. Anyone familiar with the media manipulation of the Soviet Union will recognize the signs. This is what Pravda and Izvestia looked like in their formative years.

Now Google Play and the Apple App Store have gotten into the mix. Google started things off yesterday (does this really surprise anyone?) with word they were suspending the Parler app until the developers added moderation to the platform. You see, apparently Google thinks the free exchange of ideas is a dangerous thing.

In order to protect user safety on Google Play, our longstanding policies require that apps displaying user-generated content have moderation policies and enforcement that removes egregious content like posts that incite violence,” a Google spokesperson said in a statement.

Wow, who knew Google saw itself as the protector of people. I certainly feel safer knowing our digital overlords are looking out for us. Don’t you? (Yes, the snark meter just went off the chart.)

Google went on to saythe app  “will be suspended until it resolves the issues that violate Google’s policies, including allowing users to post threats to elected officials.” Gee, too bad it wasn’t that worried about those who used Twitter and Facebook to call for violence against police and private citizens and their property in the name of Black Lives Matter.

Apple is moving a bit slower but it has given Parler 24 hours to implement a moderation plan. If it doesn’t, it will be pulled from the Apple Store.

We have received numerous complaints regarding objectionable content in your Parler service, accusations that the Parler app was used to plan, coordinate, and facilitate the illegal activities in Washington D.C. on January 6, 2021 that led (among other things) to loss of life, numerous injuries, and the destruction of property. . . The app also appears to continue to be used to plan and facilitate yet further illegal and dangerous activities.”

Again, where was this concern during the riots–sorry, mostly peaceful protests, last year?

What’s truly worrisome about this is that these actions aren’t limited to Trump and his closest advisors. Conservative groups that had nothing to do with what happened earlier this week in DC have suddenly found their FB groups or pages suspended. Twitter accounts are being locked. Now we have the two top tablet and cellphone app stores threatening to block social media apps that are of a conservative bent.

This isn’t coincidence. It is nothing more than an all out attack on those people and platforms supporting Trump and conservative values in this nation.

But the Left now smells blood in the water, . .  And they want revenge. . . It’s not enough for their repellant leaders, Nancy Pelosi and Sen. Charles Schumer, that Trump must office leave in less than two weeks. They want him gone now, before his term is up; they want to humiliate him and expel him from the White House either via the 25th amendment or by a second impeachment, as Pelosi now says she endorses. . . In addition, the president has been suspended from Twitter as well as Facebook, thus cementing the role of social media as arbiters of official orthodoxy.”

As I write this, I can’t help wondering if so much of what happened this past week wasn’t already in the books. I do not for a moment approve of the actions of those who broke into the Capitol. I mourn the loss of life. However, why is no one in the media asking about the disproportionate reaction by the liberals in government over what happened this week when compared to their reactions to all the “mostly peaceful” protests of 2020? They aren’t asking those questions because they wanted this to happen. This gives them reason to condemn all conservatives. It gives them an impetus to push forth new laws to further restrict our constitutional rights.

H. R. 127, introduced earlier this week, seeks to further restrict our Second Amendment rights. Where is the media coverage of this bill? It’s in the same place as the media outrage over the shooting death during the protest this week. Oh, wait, there’s been no media outrage because the victim was a Trump supporter.

Dan Bongino pegged it when he called it a “big government-big tech symbiote”.

Our beloved Republic is in trouble. When members of government strive to silence dissenting voices, a warning flag should fly. When the media is complicit in that silencing, red flags should be hoisted. When that complicity extends to social media platforms, with big tech companies working hand-in-hand with those who would silence us, it is time to sit up and pay attention.

Aaron Worthing tweeted the following last night and he pretty much hit the provebial nail on the head.

Let me say something briefly about the Big Tech purge tonight.

Now, to the slow, I am not advocating violence. I am predicting it.

If the Left keeps this up, they will learn there are consequences to their actions and they won’t like what happens next. This is why we must speak up now. We must stand firm. We must let our voices ring out and we must prove we aren’t going to back down. We won’t go quietly into the night.