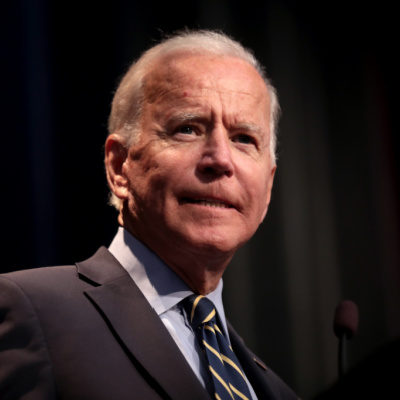 Someone from the household of Vice President Kamala Harris went to a border state! But it wasn’t Kamala.

Nope, the vice president is too busy not being the person in charge of solving the border crisis. So, who would go to New Mexico to campaign for a Democrat? Why, send the Second Gentleman! He apparently isn’t too busy to go campaign in a border state!

New Mexico’s District 1 congressional seat is being filled in a special election, thanks to the appointment and confirmation of Deb Haaland as Secretary of the Interior. With the Democrat majority razor thin in the House, even a deep blue seat like Haaland’s can’t be left up to chance.

Enter Second Gentleman Doug Emhoff, who is TOTALLY recognizable as part of the Biden administration. Sure, uh-huh.

Early voting’s been underway for nearly two weeks in next Tuesday’s special election in the state’s 1st Congressional District to succeed Deb Haaland, who stepped down from her congressional seat after she was confirmed as Interior secretary in President Biden’s Cabinet.”

The district, in the central part of the New Mexico, includes roughly three-quarters of Albuquerque, the state’s largest city. It’s a solidly blue seat – Haaland won reelection last year by 16 points and Biden carried the district by 23 points over then-President Donald Trump.”

Emhoff, making his first campaign appearance since last year’s presidential election, will team up with Stansbury at a get-out-the-vote kickoff in Albuquerque. The visit comes as Harris has faced criticism from Republicans for not yet visiting a border state despite her role examining the root causes of the migrant crisis.”

Everyone be honest now, how many of you could pick Doug Emhoff out of a lineup? I certainly couldn’t, and I follow this stuff every single day. Doug Emhoff hasn’t made much of a personality splash in Kamala Harris’s life. He’s just kind of… there. That’s not a bad thing for the spouse of the vice president, but it doesn’t mean that sending him is a boost of confidence for the Democrat nominee in NM-1, Melanie Stansbury. Yes, she got a shout-out from Biden…

It is truly an honor to have the support of @JoeBiden. I am running for Congress to work with his administration to invest in the future of New Mexico and center the needs of our people – bringing in jobs, building our infrastructure, and protecting our water and land. pic.twitter.com/GGLQe3hHta

… and then Team Biden sent Emhoff to be the headliner for a “get out the vote” event.

Huge event happening tonight! Join us for a GOTV rally with Doug Emhoff! RSVP at the link below!https://t.co/OqLCxA1TNe pic.twitter.com/wkUydK718p

Wow. You can just feel the excitement emanating off that guy.

Now, you would THINK that if Team Biden had sent Kamala Harris, she would have been able to kill two birds with one stone. She would have been able to campaign for Stansbury, and she could have done some kind of performative border tour stunt, which would have given the administration enough ammunition to say to her critics, “look, she went, okay, so lay off.” Apparently no one in the Biden administration possesses political instincts, or Kamala Harris really, really, REALLY doesn’t want anything to do with the border crisis and is going to stay as far away from it as possible.

But even other Democrats in New Mexico are noticing that Harris is treating the southern border like her own personal Kryptonite.

A New Mexico congresswoman is urging Vice President Kamala Harris to include members of Congress in discussions with the governments of Mexico and Central America aimed at solving the migrant surge.”

U.S. Rep. Yvette Herrell said border communities have a direct stake in the issue and should have a voice in the matter. In a letter sent Monday, she also urged Harris to visit border communities to gauge residents’ concerns with unauthorized migration.”

“I invite you to join me at the southern border of New Mexico to see the crisis firsthand and how it is affecting Americans in my district who fear violence and property damage along the border,” Herrell wrote. “Further, I believe it is imperative that your discussions with (Mexico and Northern Triangle) countries include members of Congress, especially those members from border communities and those from both sides of the aisle. This crisis can only be solved with bipartisan input …”

Herrell may just be looking to tag along during the planned trip that Harris is taking to Mexico and Guatemala in early June, but she does have a point. Harris has not been let off the hook by Biden, which is the only way she could get out of her supposed leadership position. And the longer this goes on, the more obvious it becomes that Harris is sticking close to old Joe in order to be ready the second he doesn’t make it up the next flight of stairs.

So, I hope New Mexico enjoys their time with Second Gentleman Doug Emhoff tonight. I’m sure it will be a completely memorable event. I guess they’ll just have to keep waiting for his wife to grace the state with her presence. 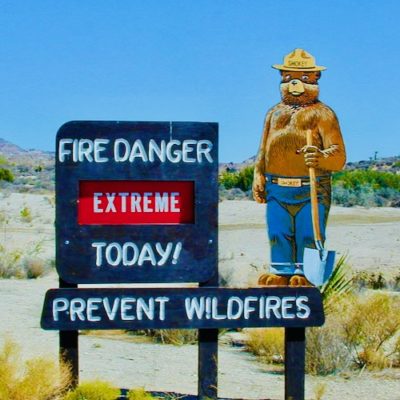