Next post
Beijing Winter Games in 2022: Should We Boycott? 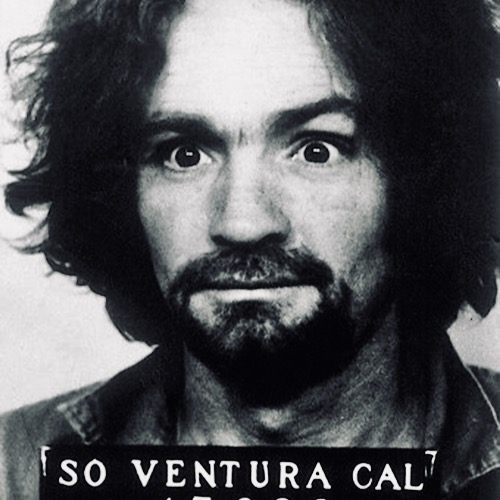 Manson Family cult member Bruce Davis could be out on parole due to George Gascon’s progressive social justice agenda.

“Whenever the notorious killer Charles Manson or one of his convicted followers would come up for parole over the last 40 years, a Los Angeles County prosecutor joined victims’ family members at a California state prison to argue against the release.

But when Kay Martley joined a California Board of Parole Hearings video conference to consider parole for convicted Manson “family” killer Bruce Davis earlier this month, she was stunned to learn she would be making the case on behalf of her murdered relative alone.

“I had no one to speak for me,” said Martley, 81, whose cousin Gary Hinman was tortured and killed by Manson followers on July 27, 1969. “I felt like no one cares about the victim’s families anymore. We are totally forgotten.””

It wasn’t just Kay who was stunned and angered by this move, Sharon Tate’s sister Debra was outraged.

“At the most horrible moment, when you have to relive the gruesome details of the loss of your loved ones, you are now also supposed to perform the job and act as the DA would,” she said.

Think about this for a minute. Bruce Davis, a member of the Charles Manson cult, brutally murdered two men and was found guilty. Now, Gascon’s new policy is such that no matter the sentence nor the crime, parole will not be opposed by the DA’s office. Period.

“This Office’s default policy is that we will not attend parole hearings and will support in writing the grant of parole for a person who has already served their mandatory minimum period of incarceration, defined as their MEPD, YEPD or EPD. However, if the CDCR has determined in their Comprehensive Risk Assessment that a person represents a “high” risk for recidivism, the DDA may, in their letter, take a neutral position on the grant of parole.”

Gascon’s policy supports parole in ALL cases. Which means, as soon as anyone is eligible for parole, including all members of the Manson cult, they could be freed with zero opposition from Gascon’s office.

Gary Hinman and Sharon Tate are just two of the many that the Manson cult brutally murdered. Their relatives along with members of the LA District Attorney’s office are their voices during those parole hearings. Hearings that take place every two years. Hearings that result in the Manson cult staying where they belong, behind bars.

But now, with Gascon’s new policies in place, voices are silenced. And, no matter the case, no matter the sentence, dangerous people – murderers, rapists, and others – could walk free.

Remember the story just a few months ago of the two Los Angeles County deputies being ambushed in broad daylight? Guess what? Under Gascon’s progressive agenda, the shooter could walk away scot free. Gascon’s policy literally forbids Deputy District Attorney’s from attending parole hearings. In fact, many are ALSO being told they can’t even submit a letter opposing parole. Which means criminals like serial child rapist Ruben Beltran could be freed.

Prosecutors can't be at parole hearing for 'Subterranean Rapist' due to Gascón's policies. Is this abandoning the DA's role at parole hearings, or is that just #semantics? @BillFOXLA @FOXLA @LACountyADDAhttps://t.co/iHlQQvPNw1

Some idiots in the LA area think Gascon’s new policies are peachy keen.

4/ Following the will of the people, Gascón is delivering on promises for reform, such as:
✔️ issued policies to end use of the death penalty
✔️ ensured kids are treated as kids
✔️ putting an end to LA’s reliance on a wealth-based bail
✔️ banned prosecutors from parole hearings

Except that the victims of rape, those killed by the Manson Family, those who are living in fear because murderous gang members are out on parole would beg to differ.

George Gascon isn’t the only progressive DA out there. Furthermore, his radical agenda is one favored by Kamala Harris. Remember her? The current Veep? She’s the one who still has a tweet up asking people to donate to the rioters bail fund. Guess what? At least ONE of those rioters is back in jail for the THIRD time. Kamala’s favorite bail fund, the Minnesota Freedom Fund bailed out Thomas Mosely twice to the tune of $65,000. This is a guy who helped burn down Minneapolis Fifth Precinct, and was subsequently arrested again on weapons charges. Now, he’s back in jail on more weapons charges as well as felony drug possession. Will the fund bail him out again? Possibly given they believe that everyone is innocent and no one should languish in jail just because they are poor.

Cry me a river.

NEW: L.A. County Sheriff Alex Villanueva has notified D.A. George Gascon that he will begin sending his LASD detectives to parole hearings to “give victims a voice” as long as Gascon continues to refuse to allow his prosecutors to attend them as part of his new reforms. @FOXLA pic.twitter.com/Azd17WRfEK

The parole board, in spite of Kay Martley and Debra Tate’s pleas, has recommended that Bruce Davis walk. This is the seventh time the board has recommended Davis for parole. Parole was then denied by Governors Schwarzenegger, Brown, and Gavin Newsom. Newsom denied parole for Davis in 2019.

This is a case that terrorized the Los Angeles area. Manson’s cult followers along with Manson himself are directly responsible for the murders of:

Gavin Newsom is already in hot water for his complete mishandling of the Covid virus response, as well as the millions of dollars in fraud loans this last year. The recall effort is gaining steam every day and Newsom’s approval ratings have plummeted. He may LIKE George Gascon’s socialist agenda, but will he do the right thing and put the kibosh on this?

Justice for victims and their families is obliterated under George Gascon’s morally repugnant policies. Instead he’s giving aid and comfort to criminals and vicious killers.