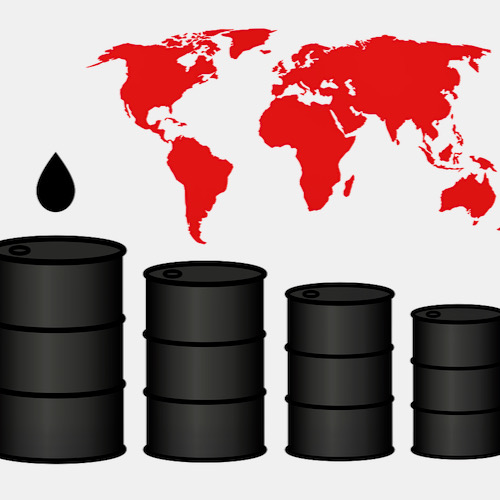 Fifty million barrels of oil will be released from the Strategic Petroleum Reserve in late December. This is supposed to ease the pain of Americans coping with higher gas prices.

President Joe Biden on Tuesday ordered 50 million barrels of oil released from the strategic reserve to help bring down energy costs, in coordination with other major energy consuming nations, including China, India and the United Kingdom.

The move is aimed at global energy markets, but also at voters who are coping with higher inflation and rising prices ahead of Thanksgiving and winter holiday travel. Gas prices are at about $3.40 a gallon, more than 50% higher than their price a year ago, according to the American Automobile Association.

I tell you what. This inflation thing is really harshing Joe Brandon’s ‘life is going to be so much better for all once I’m President’ mellow. Who could’ve thought that, after several years of exceptionally low gas prices, that Americans would see gas prices skyrocket to as much as $7 a gallon?

What could’ve brought all of this on? Oh gee, I don’t know. Perhaps it was Biden’s war on gas, coal, and oil? Shutting down the Keystone Pipeline the first day he was in office is most certainly part of the problem. Going after the pipeline running into Michigan is another. Spending the last few days accusing oil companies of price gouging at the pump could also have something to do with it.

The announcement comes one week after Biden asked the Federal Trade Commission to look into whether oil and gas companies are involved in “illegal conduct” in order to keep prices up, noting “mounting evidence of anti-consumer behavior by oil-and-gas companies.”

This is where I had to take a few minutes to calm down after a bout of derisive laughter. The Biden Administration is really showing its ignorance right now. The prices of goods and services are all higher this year, and those prices will continue to rise. Why? Multiple reasons, but specific to the gas prices at the pump, it is getting more and more costly to transport all of that around the country because of truck and driver shortages. As I noted the other week, the trucking industry needs 80,000 MORE truckers in order to move goods and services around the U.S. The sheer number of containers stacked up in the ports as well as hovering off-shore add to the rising prices as well. The Biden Administration refuses to recognize those issues.

Jennifer Granholm is the Energy Secretary. Her solutions? Laugh hysterically.

So now, after asking OPEC to increase their production and being refused TWICE, what is the Biden Administration’s plan? Ask oil companies to ramp up their production? Nope.

That’s right. Let’s just tap the Reserves. Encouraging more oil production is a big no no. Tapping our reserves is totally fine. Except, that is isn’t, as President Trump bluntly points out.

Those reserves are meant to be used for serious emergencies, like war, and nothing else. Now I understand that Joe Biden will be announcing an ‘attack’ on the newly brimming Strategic Oil Reserves so that he could get the close to record-setting high oil prices artificially lowered. We were energy independent one year ago, now we are at the mercy of OPEC, gasoline is selling for $7 in parts of California, going up all over the Country, and they are taking oil from our Strategic Reserves. Is this any way to run a Country?”

Keep in mind, this is a political move by the Biden Administration. Announcing that 50 million barrels of oil will be released sometime later next month will hopefully fix Biden’s cratering poll numbers. I’m not the only one thinking that either.

This is a drop in the bucket that will solve nothing. How miniscule of an effect will this have on the economy? This miniscule.

Barely three days worth for the entire U.S. WOOHOO!! That’ll fix that inflation problem for sure! Yet, it won’t. And we all know it, but the Biden Administration will keep flailing away and blaming all their issues on Covid and President Trump.

According to our Democrat betters such as Chuck Schumer, this will be a massive boon to our economy, and OPEC is now on notice for their “reckless manipulation” and artificial price increases. These are NOT serious people, these are incredibly stupid people.

But it’s this kind of childish thinking that will compromise US National Security and harm the poor and underserved. A coordinated SPR release is a quick shot of morphine for a major infection. It fixes nothing and is evidence of a panic 😱 in DC. Prepare for $100 now..#GasPrice

Oh yes, every bit of what Kyle Bass just said.

Keep in mind, this oil “release from the SPR is NOT FREE.

Companies interested in receiving crude oil through the exchange must submit bids no later than 10:00 a.m. Central Time, December 6, 2021, and contracts will be awarded to successful offerors no later than December 14, 2021. Deliveries will take place January through April 2022, with early deliveries accepted in late December.

We had record low prices across the U.S. in 2019 and 2020. Now, with Biden at the helm, prices are skyrocketing with no end in sight. Their idea? Tap the SPR for a miniscule amount of oil and then make the energy companies resupply the SPR at a later date at a higher price.

Merry Christmas Americans! The pain at the pump will continue and we’ll LIKE IT says our betters in D.C.