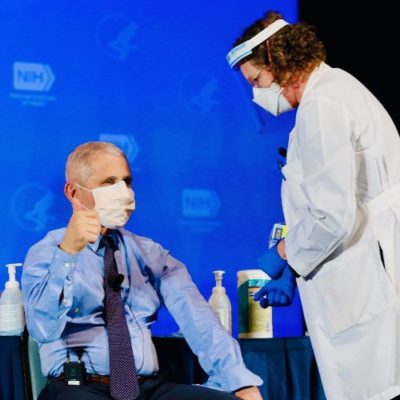 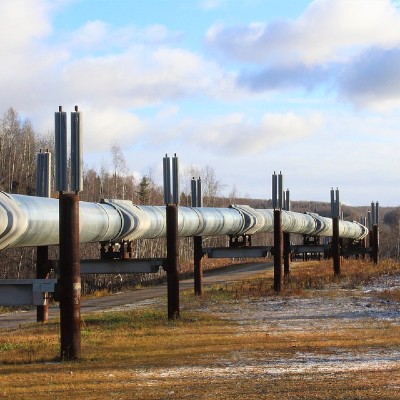 Yes, gas prices have been steadily rising ever since Joe Biden came into office and immediately shut down the Keystone XL Pipeline to satisfy the left.

Of course, the Biden administration would rather not talk about the consequences of shutting down the pipeline, or the fact that gas prices are rising. In fact, Energy Secretary Jennifer Granholm would like people to blame COVID for the rise in gas prices. Um, what now?

Yeah, well, now Jennifer Granholm can blame the cyberattack on the Colonial Pipeline for what is coming next. Last Friday night, Colonial Pipeline was hacked, allegedly by a Russian criminal group that calls itself “DarkSide.”

While the U.S. government investigation is in the early stages, a former U.S. official and three industry sources said the hackers are suspected to be a professional cybercriminal group called DarkSide.”

They demand payment to decrypt the files and increasingly ask for additional money not to publish stolen content.”

In the Colonial attack, the hackers took more than 100 gigabytes of data, according to a person familiar with the incident.”

And not only was there data theft, the pipeline itself is now shut down. This is a HUGE problem because Colonial Pipeline supplies 45% of the oil in the eastern United States. Commerce Secretary Gina Raimondo tried to calm concerns during her appearance on “Face The Nation” on Sunday, when she claimed that it was an “all hands on deck effort” to get the pipeline open again.

Well, it’s a little more serious than Secretary Raimondo wanted to let on in her interview. Sunday evening, the Biden administration issued a federal emergency declaration in an attempt to keep oil that is stuck at refineries moving through the East Coast.

The regional emergency declaration from the U.S. Department of Transportation lifts restrictions for motor carriers and drivers who are providing assistance to areas that are suffering a shortages of “gasoline, diesel, jet fuel, and other refined petroleum products” in the wake of the Colonial pipeline shutdown.”

Will waiving restrictions on tanker truck driver hours be able to alleviate the need for all those different fuels up and down the East Coast? I know Millennials and Gen Z don’t remember the days of gas lines in the 70’s, but we might be headed there really quickly if Colonial Pipeline is out of commission for much longer.

Experts say fuel prices are likely to rise 2-3% on Monday, but the impact will be far worse if it goes on for much longer.”

Independent oil market analyst Gaurav Sharma told the BBC there is a lot of fuel now stranded at refineries in Texas.”

“Unless they sort it out by Tuesday, they’re in big trouble,” said Mr Sharma. “The first areas to be impacted would be Atlanta and Tennessee, then the domino effect goes up to New York.”

He said oil futures traders were now “scrambling” to meet demand, at a time when US inventories are declining, and demand – especially for vehicular fuels – is on the rise as consumers return to the roads and the US economy attempts to shake off the effects of the pandemic.”

Bottom line – if you are reading this post, GO GAS UP YOUR VEHICLES AS SOON AS POSSIBLE. Even if you don’t live in the affected areas, prices are likely going to rise because of the market demand. We are already beginning to see the inflation creep begin in consumer products, and if Colonial Pipeline can’t get itself sorted out and flowing again, then watch those prices begin to rise faster due to the cost of shipping. Meanwhile, Team Biden and the Congressional Democrats want to spend TRILLIONS of dollars in order to “recover” from COVID. Imagine what happens to the value of the dollar if even one more of these spending bills goes through.

The Biden administration has claimed that they aren’t the third term of Barack Obama. They might be right. They are looking more and more like the second term of Jimmy Carter. I know that this is hard for people under 40 to realize, but Jimmy Carter was a failure as a president. The only good thing about the Carter administration was that it gave us President Ronald Reagan. How much financial pain are we going to have to live through to get to the next Reagan?