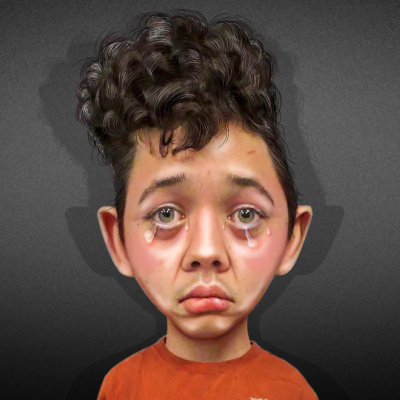 Deanna Fisher recently reminded us what a kangaroo court Kyle just lived through. Between doxxing of jurors, prosecutorial misconduct and idiocy, and defamation from everyone, and I mean everyone on the left—it’s a wonder Kyle has trust in any media enough to sit down and talk with Tucker Carlson.

America got to hear Kyle’s mature, astute voice for the first time since his trial.

To watch the interview in its entirety.

The first half of the interview is Kyle’s moment-by-moment account of being attacked on August 25th, 2020 and defending himself from being attacked. Bottom line, it was a chaotic night with a police force so overrun, a kid who had just killed two and injured one had to turn himself into the neighboring police department. After he gives his account, it’s not a stretch to say he might have been the only level-headed person in Kenosha and that is counting the police department.

It is chilling to hear Kyle give the details of the three grown men who had been threatening him and ultimately came after him resulting in Kyle defending his life in a few brief moments. During the interview, it is difficult to watch break away video of Kyle being hammered over the head with a skateboard and having rocks thrown at his head.

Kyle’s maturity shines. He speaks about being mindful of his firearm and adjusting it during the attack. He is mindful of those approaching him, then backing off, and lowers his firearm. Kyle’s seventeen-year-old mind was sharp and clear during chaos and extreme stress.

Speaking of video, at the 16:38 mark, he knows all the video footage saved his bacon from going to prison. When Tucker asked if Kyle felt the footage helped his case, Kyle replied,

“I can’t even imagine. I don’t think we’d be sitting here right now having this talk, Tucker.”

Prosecutors knew the video evidence would bode well for Kyle. How do we know this? They turned over to the defense a crappy, low-res version. When the defense found out, they filed a motion an hour before closing arguments for a mistrial.

“[The motion] accused prosecutors of holding back the high-resolution drone footage used to try to suggest that Rittenhouse had been the aggressor when he claimed self-defense before the first shooting…’The video footage has been at the center of this case’…further calling it the ‘linchpin’ in their case. ‘The failure to provide the same quality footage in this particular case is intentional and clearly prejudices the defendant,’ the motion insisted.”

Tucker pivots the conversation to Kyle’s original defense team if you can call it that. Tucker asks Kyle how long he was in jail to which Kyle replies, “Eighty-seven days.” Kyle goes on to explain that Lin Wood and John Pierce, his original defense attorneys, used Kyle to “raise money for their benefit”. Kyle explains how Wood and Pierce fundraised for his bail, had the $2 million by mid-September, could have boosted him from the joint, but wanted him to stay in jail—adult jail—until November 20th. John Pierce told Kyle he would “be safer in jail than at home.”

I dunno, did you just hear the kid’s firearms skills? You sure about that John?

Though not discussed in the interview much more, John Pierce and Lin Wood were train-wreck attorneys for a kid who needed a legal defense not media money whores. In January of 2021, Kyle gave Pierce the boot. Wood had already quit to seek fame suing over the 2020 presidential outcome. We know how well those lawsuits went.

Then there was the question of money, and there are a lot of questions about John Pierce and money raised for Kyle Rittenhouse. If you are interested in untangling that web of lies, read this piece when a Hill reporter tried to get John to give a straight answer about the Rittenhouse defense money. Not only does John Pierce have an affinity for cocaine like Hunter Biden, but he also mismanages money much like Hunter Biden.

The Rittenhouse family did themselves a service by firing John Pierce in January of this year and setting up a trust for Kyle’s defense.

“On Twitter, FreeKyleUSA stated that a trust is being set up to handle the donations. ‘Following the recommendation of attorneys and accountants everywhere, we’ve been offline for a few weeks to set up an independent irrevocable trust strictly for the benefit of Kyle. John Pierce opposed that idea. It is clear that by doing so, we made the right decision,’ the account tweeted.”

Speaking of attorneys, what does Kyle think about legal things now that he is free? He was candid with Tucker. Seems Kyle has learned what the legal terms “malice” and “defamation” mean.

He has a few words for Joe Biden, our president who thought it would be a stellar to call Kyle a “white supremacist”. Kyle sent a direct message to Joe via Tucker at the 23:41 mark,

“Mr. President, if I could say one thing, I would urge you to go back and watch the trial and understand the facts before you make a statement.”

It’s a crying shame when a seventeen-year-old can speak more clearly and cogently than the president of the United States. Kyle is right, Joe is wrong.

After dressing down the President for not knowing his facts, Kyle then turned around and made it clear he knows “malice” and “defamation” are also an accusation the mainstream media needs to acquaint themselves with. Ooopsie doodles. Are you reading this MSNBS (sic intentionally) and CNN? Kyle has a message for you.

Tucker asked Kyle if there were plans to hold those who have shown malice and defamed him accountable. Kyle’s answer gave me the chills at the 25:32 mark,

“I have really good lawyers who are taking care of that right now. So I’m hoping one day there will be accountability for their actions they did.”

To summarize, a kid who has the Constitutional right to defend his life when he knows his life is threatened was just acquitted after having money hungry attorneys that thought it best he remain in jail while they get rich off raising his bail money. He was acquitted even after mainstream media not only lied about the facts of the shooting, but fabricated lies. Kyle was acquitted after leaders in our nation defamed him publicly probably because they believed the lies of the media. Kyle was acquitted after facing a prosecution that lied, withheld evidence and thought showing a still shot of a bad 80’s movie was a good display during closing arguments.

Kyle was acquitted despite the concerted effort of top leaders and mouthpieces of our country to put him behind bars for life, even though he was clearly innocent.

While this is a trial about self-defense, the left and their violent thugs were just sent a clear message—American citizens are still permitted to defend themselves against the violence they employ through BLM and Antifa. The playground rules just became crystal clear and the bully learned a lesson.

“It wasn’t Kyle Rittenhouse on trial in Wisconsin, it was the right to self defense that’s on trial. If I was convicted, no one would be able to…no one would be privileged to defend their life against attackers and thank God they came to the right verdict of ‘not guilty’.”