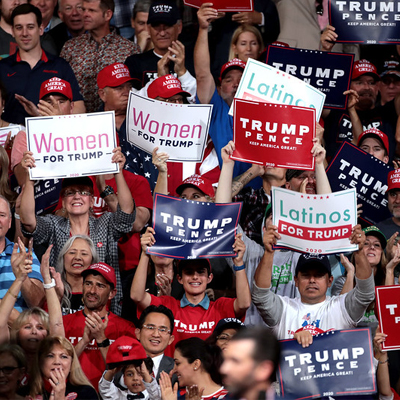 I’ll be upfront right here: I didn’t vote for Donald Trump in 2016. That’s because I couldn’t abide the man, and I knew that my state would be voting red anyway. So my vacant presidential ballot (no, I didn’t vote for Hillary) didn’t make any difference. But this year I’m voting to re-elect him. Disgust with leftist stunts will be driving me to the polls as soon as they open early (yes, I always vote in person).

And you know that I’m not the only one, either.

Take, for example, how Black Lives Matter activists harassed older Floridians just trying to enjoy a meal. Because Breonna Taylor or something.

Hold on — isn’t Florida supposed to be a battleground state? It is indeed, but Trump is gaining ground in the polls there; Real Clear Politics gives Joe Biden an average edge of only 1.3%. Wanna bet stunts like that will be driving Florida voters to join Team Trump? As Sharyl Attkisson tweeted:

“From what I can tell, at this point, you may as well call them the “Get-Out-The-Trump-Vote-Patrol.”

As a retired police officer who uses the handle Terry LEO also tweeted:

“I WILL be driving to the polling station with attitude as if I own the place to vote for Trump.”

Then there’s MSNBC’s Joy Reid who channeled Hillary Clinton’s “basket of Deplorables” comment with some sniping of her own, calling Trump supporters a “personality cult.” Not only that, but Reid will also NOT forgive you if you vote for the Orange Man.

Genuine question: what will be the relationship between the majority of Americans, and Trumpists after this long, national nightmare ends — and it will eventually end — do people anticipate simply letting bygones by bygones with people who joined the Trump personality cult?

Not to be outdone, CNN’s “political and legal pundit” Sophia A. Nelson one-upped Reid by calling KY Attorney General Daniel Cameron a . . . wait for it. . . “Step and Fetch Negro.” Apparently AG Cameron didn’t charge the police officers in the Breonna Taylor case harshly enough for Nelson. I’m guessing she would rather they be charged with first degree murder and hanged from cranes as is done in Iran.

And if you disagree with her assessment, you’re a “right wing bully bigot.”

“For you right wing bully bigots step off. You don’t scare me! You can’t get me “fired” for my views, and free speech. As to Siran or whatever his name is he stalks my tweets. Then sics his troll bots on my TL. Who cares! I don’t. I will not be silenced by Trump cultist! Ever!”

No, you can’t scare Sophia A. Nelson! Except she now has protected her tweets. Some warrior she is.

Progressives and Black Lives Matter activists are also abusing animals in the name of their cause. Yes, even horses.

In Chicago on Monday, the so-called “Dread Head Cowboy” — real name Adam Hollingsworth — rode his horse at a gallop for 7.5 miles down the Dan Ryan Expressway at rush hour. The Black Lives Matter activist bragged on Facebook that “I shut down the Dan Ryan, Kids’ Lives Matter.” Never mind that the good people of Chicago trying to return home from work aren’t the ones who are shooting kids in dangerous neighborhoods.

However, he didn’t care about the welfare of his poor horse. The horse sustained leg cuts, dehydration, and its heart rate was racing. It finally collapsed on the pavement, and may need to be euthanized. Assistant State’s Attorney Kevin DeBoni also charged Hollingsworth with animal abuse.

But since it’s all in the name of Black Lives Matter, horses are expendable, too. And while Adam Hollingsworth currently sits on over $86K at his GoFundMe page, I wonder how much this fraud has actually spent on the kids in Chicago.

But that’s not all. The Harris-Biden, er, Biden-Harris campaign is also digging back into the Where-Are-They-Now file and trotting out Jane Fonda to campaign with Kamala. Yes, Hanoi Jane is teaming up with Harris on Saturday for a virtual campaign event sponsored by a progressive group called “Supermajority.” Called “Supercharge: Women All In,” the event promises to “bring together thousands of women to laugh, sing, dance, and celebrate women’s political power.”

Vietnam veterans will never forget how the treasonous Jane Fonda cavorted with the enemy during the Vietnam War. Fawning over Hanoi Jane may be driving them to Team Trump, too. 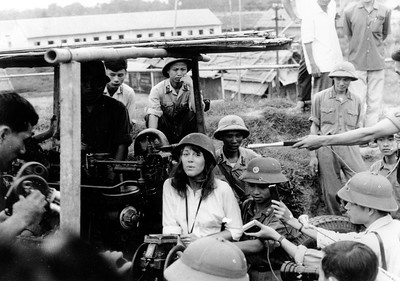 I don’t know about you, but I’m fed up to my eyeballs with media types shaming and lying to me. I’m also disgusted with people like Ibram Xendi and Robin DiAngelo lecturing me on how I’m a racist simply because I’m white. Never mind that I’ve spent decades working with racially diverse urban children to improve their communication skills — I’m still a racist.

Nor do I don’t want to hear media elites sneer that I’m stupid or a “cultist” because I’m conservative, pro-life, live in the Midwest, and plan to vote for Trump. I don’t want to hear progressives commanding me to “educate myself” — I already hold a graduate degree with hours beyond, thank-you-very-much. And I didn’t earn my MA in Womyns’ Studies, either.

No, I’m not a huge fan of President Trump. But progressive stunts and media are driving me to adopt what Greg Gutfeld called a “GFY” attitude towards Democrat elitists — and I don’t mean “good for you.” Because of such contempt, I’m looking forward for our polls to open so I can vote to re-elect Donald Trump.