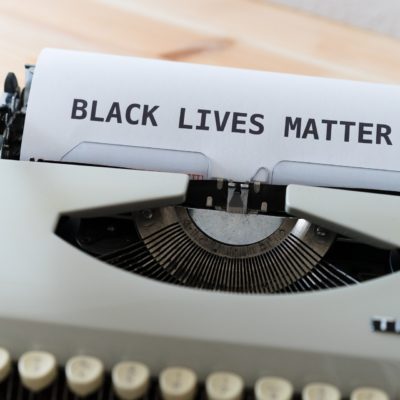 Next post
Unitarian Universalist Churches Back BLM at All Costs 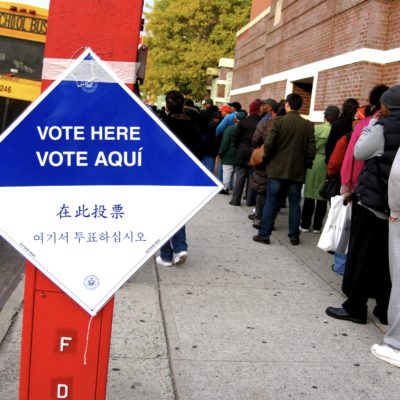 Record voter turn out in states with early voting is the basis for Democrats cries of “voter suppression!”. I guess the alternative narrative of “Trump creates record numbers of early voters” would really set them off! Their loose affiliation with facts is standard operating procedure for a party that feeds off divisive rhetoric.

Across America there are, per Ballotpedia, 26 states open for early voting. Several states are posting record numbers of early voters. Notwithstanding Covid precautions, and first day burps, it’s been fairly smooth. Two states with big electoral baskets, Texas and Florida, are open and up for grabs. A handful of other smaller states are also experiencing higher than expected early voter numbers.

They really need to read a dictionary. Their misuse of words is more suspect than Hunter Biden on a government jet headed to China.

Here we see Claire McCaskill lamenting the long line in Gwinnett Co. GA. Note that the long line is comprised of people standing at “social distancing”, there’s a lag as the voting machines are wiped down between voters, and minor computer problems contribute to increase wait times. Dave Wasserman, House Editor for The Cook Political Report points out the gaping flaws in Claire’s fictional narrative.

1) Gwinnett Co., GA has *nine* advance voting centers open 9-12 hours a day, including weekends, between 10/12 and 10/30
2) This is the first day of in-person voting in the highest-enthusiasm election in GA history

Let's give it a few days before jumping to conclusions. https://t.co/BPjb4hIvvF

Of the “big” prize states, California and New York are a wash for Trump. But Florida (29 EC votes) and Texas (38 EC votes) are very much in play.

Voters in Harris County [Houston] shattered the record for in-person ballots cast on the first day of early voting, with more than 128,000 people voting, according to the county elections office. The previous record was set in 2016, when about 68,000 people cast votes there.

More than 25,000 ballots were cast in Travis County [Austin] by 4 p.m., said County Clerk Dana DeBeauvoir, adding that she was “tickled pink” by the number of people who showed up to vote. Nearly 33,700 people in the county voted during the first day of early voting in 2016.

In some parts of the state, voters waited in lines of three hours or more. That’s expected, officials said, as new poll workers get accustomed to the process and eager voters show up in large numbers.

Despite the long lines, officials reported only isolated problems across the state.”

Update: @JudgeKPGeorge and commissioners court in Fort Bend have extended early voting by two hours each day this week to begin to make up for the voting systems malfunction this morning. The delays should never have happened, but I’m grateful for this quick response.

In fairness, he did update his tweet after the commissioners voted to extend voting to account for the delay. But the timeline is tight and it was very likely being addressed before he sent out his polarizing tweet. Delays have been isolated. Frankly it’s remarkable that so few problems have occurred, especially in places where polling locations have seen in excess of 200,000 people over the last two days.

Of course, no 2020 event is complete without the obligatory “Coronavirus-kill us” issue, and voting is no different. Tarrant Co. (Ft. Worth) had to close several polling stations because a worker tested positive for the Coronavirus. But as of 0930 they had reopened all but one location.

Harris Co. has an interactive map that updates with wait times and polling hours. And a novel “drive through” voting, where people never need to leave their cars.

Voters in Florida are turning out in large numbers, and the Democrats feel confident that those votes are for Biden. However Florida isn’t a sprint and over the next few weeks the mail in ballots will be tabulated. Mail in votes that are representative of a large military population, that may counter the Democrats wishful thinking. Republican voters in Florida are notorious for their massive Election Day turn out. I wonder if the Democrats will be concerned about long lines on Election Day?

Liberals ignore that green is the color to eases voting headaches

For a group that is presumably leading in early ballots cast (based on party affiliation votes, not verified votes), Democrats are very focused on what they imagine is people being denied their opportunity to vote. The numbers don’t support that assertion. And certainly not when looking at the areas with high voter turnout. But why let facts stop the narrative? Especially when they can add a dash of race baiting into the mix.

People waited in line up to 11 hours to vote in parts of Georgia yesterday. That’s not a function of democracy. That’s a function of Republicans actively making it hard for people, especially those who don’t look like me, to vote. I waited in NO line and was out in 5 minutes.”

Ol’ Walter is a substantial man, who is a white Gen X’er that has lived an adult life of white collar jobs (predominately in government). Odds are good he lives in a suburb of Virginia comprised of single family homes and low density zoning. People generally vote near their homes, and if his neighborhood is like my Northern VA (NoVA) ‘burb… it’s low density and completely suburban. My non-white NoVA neighbors… in and out in a few minutes as well. It’s not his color that affords him expedient voting. It’s his money and choice of residence.

Tell me again how votes are being suppressed?

Waiting a few hours to vote is frustrating, boring, and annoying. But it’s something everyone has done in the past. Disney parks routinely have 4 hour waits for new rides, the DMV or Social Security offices hold competitions for who can hold the most same customer birthdays in the waiting room – I have entered the DMV with a newborn and left with a licensed driver. My Social Security check may as well be distributed in the waiting room for all the time they take to call my ticket number. Point being, that inconvenience is in no way disenfranchisement or suppression. Exercising the right to vote is hours faster than a firearms background check, and I don’t see Democrats complaining about that delay.

Thanks Sarah Hoyt and welcome to our INSTAPUNDIT readers!