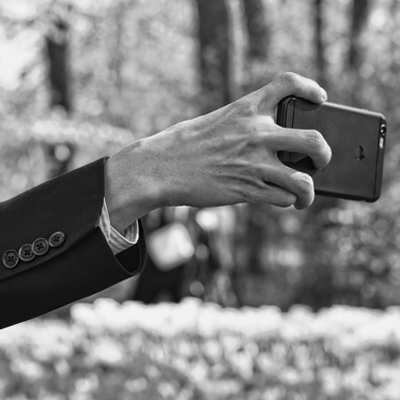 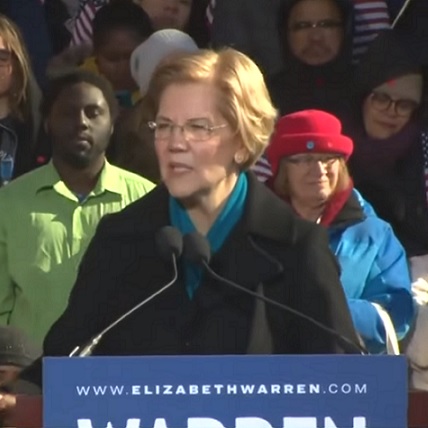 Elizabeth Warren is a lot of things, including a senator, a lawyer, a liar (but I repeat myself), and today, she proved that she is absolutely shameless. Warren officially announced her candidacy for president today in Lawrence, Massachusetts.

She was introduced at her rally by Joe “Slick Lips” Kennedy – because nothing says “I care about the little people” like having a Kennedy introduce you.

And Elizabeth Warren avoided all talk of her fradulent claims of Native American ancestry, despite all the obvious problems that just came up THIS WEEK.

If you don’t bring it up, it never happened, right?

“This is the fight our lives. The fight to build an America were dreams are possible, an America that works for everyone. I am in that fight all the way. And that is why I stand here today to declare that I am a candidate for president of the United States,” Warren said in this working class city that sits along the Merrimack River in northern Massachusetts.

Warren promised to fight so “that every kid in America can have the same opportunity I had – a fighting chance to build something real.”

Warren spotlighted her upbringing in Oklahoma, saying “when my daddy had a heart attack, my family nearly tumbled over the financial cliff.”

But as expected, she didn’t say a word about her claims of Native American ancestry, which first surfaced during her 2012 victory over then-Republican Sen. Scott Brown of Massachusetts.

The historic Everett Mills, where Warren declared her candidacy, was the site of the two-month long Bread and Roses strike in 1912, when textile workers protested a cut in pay implemented after a shortening of the workweek for women.

Speaking in front of the massive textile mill buildings on a windy and chilly winter day, Warren told the crowd –estimated at 3,500 by the campaign – that “the textile workers here in Lawrence more than 100 years ago won their fight because they refused to be divided. Today, we gather on those same streets, ready to stand united again.”

Touting that she’s “been in this fight for a long time,” Warren argued that “the rules in our country have been rigged” against women, African Americans and Latinos, Native Americans, immigrants, people with disabilities black Americans

And she highlighted that “the rules of our economy have gotten rigged so far in favor of the rich and powerful that everyone else is at risk of being left behind.”

“Rich guys have been waging class warfare against hard working people for decades. I say it’s time to fight back,” she emphasized.

Yes, you should absolutely trust someone who kept up the lie that she had native ancestry, and made MILLIONS while teaching in academia, as a champion of the working people and “people of color.”

Wow…@ewarren: "People of color have been systematically denied their chance"

For decades, Warren advanced her career by fraudulently taking opportunities meant for people of color.

And not one journalist will ask her about it.

Not that long ago, Elizabeth Warren was considered a front-runner. But thanks to her lies and her robotic everyman beer drinking, she’s a has-been before she even got started.

And less than a year ago, she said she wasn’t running for president. So much for that promise.

Elizabeth Warren has to be figuring that there are so many candidates in the Democrat primaries, she will simply gloss over her lies and obfuscations to allow her to make it through the initial rounds of debates and giving of roses. I can’t wait for the debates and the cannibalism that will ensue onstage. All those other candidates want to be president, too – and they aren’t going to play nice. Warren’s time came and went long before today. But hey, she’ll get some amazing fundraising money out of a presidential run!