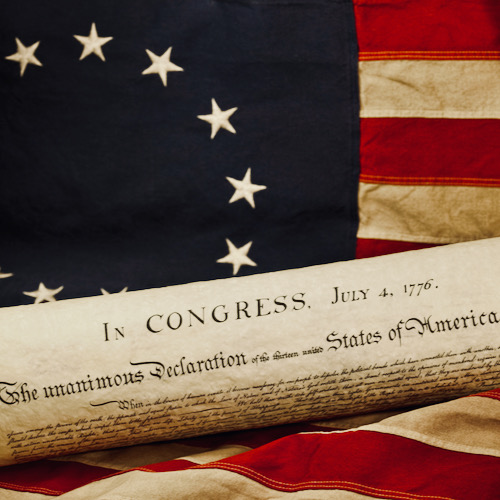 by Nina Bookout in Cultural Issues, Everything Else 3 Comments

Dr. Joseph Warren was a key architect of our American Revolution. If it wasn’t for his wise and reasoned words, this Republic would potentially not be here today.

On this 4th of July 2021, 245 years after the Declaration of Independence was written and signed, why am I telling you about Dr. Joseph Warren? It takes only a cursory perusal of our education system, the political landscape, and our media to understand why.

Our history is being rewritten and erased because of politics and a push towards socialism and communism.

It is, therefore, incumbent upon us, Patriots all, to study our Founding Fathers who used words of reason and fact to start the efforts to throw off the yoke of King George’s tyranny.

Joseph Warren was born on June 11, 1741 in Roxbury, Massachusetts. After finishing college at Harvard, and teaching Latin for a time, Warren returned to school to become a physician.

Warren, by all accounts, was a brilliant man and highly regarded. When the Townshend Acts were passed, Dr. Joseph Warren took pen to paper and wrote a series of articles, signed “A True Patriot.”

Dr. Warren is also the man who sent Paul Revere on his ride to warn John Adams and John Hancock of their imminent arrest by the British.

The articles Warren wrote along with his two speeches commemorating the Boston Massacre are incredibly relevant today. His speeches, along with his writings, warn of arbitrary power and set the stage for our freedom and Constitutional Liberty.

He opposed the Stamp Act on principle, arguing that accepting such an act would lead to further violations of rights: “You may expect a Tax on your Lands; and after that one Burthen on the back of another, till you are reduced to a State of the most abject Poverty.”

Does that sound familiar? It should. More and more tax and regulatory burdens imposed upon us, Americans, while the government lines their pockets with nothing to show for it.

His speech commemorating the Boston Massacre was his first. Yet, when you read it all, you will fully understand where our Founders got the ideas for our Declaration of Independence and our Constitution.

In speaking of the rise and fall of Rome, he made a very insightful point.

PUBLIC HAPPINESS DEPENDS ON A VIRTUOUS AND UNSHAKEN ATTACHMENT TO A FREE CONSTITUTION.

Freedom and a government that doesn’t work to subvert the rights of all Americans enshrined within it. Yes, we are seeing a lack of virtue and a drive towards a government without the Constitution. Yet, we are ALSO seeing, after the events of 2020 and now with Biden in office, Americans waking up to the encroachments on our liberties.

One key area is education and the insidious Critical Race Theory combined with the atrocious 1619 Project. Citizens around the country are stepping up to the plate and fighting back in order to preserve this Republic and teach history as it HAPPENED, not how the political few wish it should’ve been.

Which also makes these words of Dr. Joseph Warren from his letters and his second speech at the 1775 Boston Massacre commemoration so valuable for us today.

On the fortitude, on the wisdom, and on the exertions of this important day is suspended the fate of this New World, and of unborn millions. If a boundless extent of continent, swarming with millions, will tamely submit to live, move, and have their being at the arbitrary will of a licentious minister, they basely yield to voluntary slavery; and future generations shall load their memories with incessant execrations. On the other hand, if we arrest the hand which would ransack our pockets; if we disarm the parricide who points the dagger to our bosoms; if we nobly defeat that fatal edict which proclaims a power to frame laws for us in all cases whatsoever, thereby entailing the endless and numberless curses of slavery upon us, our heirs and their heirs forever; if we successfully resist that unparalleled usurpation of unconstitutional power, whereby our capital is robbed of the means of life; whereby the streets of Boston are thronged with military executioners; whereby our coasts are lined, and harbors crowded with ships of war; whereby the charter of the colony, that sacred barrier against the encroachments of tyranny, is mutilated, and in effect
annihilated; whereby a murderous law is framed to shelter villains from the hands of justice… posterity will acknowledge that virtue which preserved them free and happy. (28)

That personal freedom is the natural right of every man; and that property, or an exclusive right to dispose of of what he has honestly acquired by his own labor, necessarily results therefrom, are truths which none but knaves and fools will venture to deny; and no man, or body of men, can without being guilty of flagrant injustice, claim a right to dispose of the persons or acquirementssitions of any other men or body of men unless it can be proved that such a right has arisen from some compact between the parties in which such right it has been explicitly and freely granted.

Not long after those words and his speech, Dr. Joseph Warren once again took up arms against the British in order to help the colonies gain freedom from tyranny. He was instrumental in leading men into the first two major battles of the American Revolution. During the Battle of Bunker Hill, Warren inspired his men to stand firm. They did so, and even though the battle was won by the British, the result of this battle was that it lit the fires of Freedom throughout the colonies.

Dr. Joseph Warren was serving as a PRIVATE at the time he was killed. He was 34, yes THIRTY FOUR years old. He did not live to participate in the writing of, nor the signing of our Declaration of Independence. Yet his legacy is within that document.

I will leave you with this from President Ronald Reagan’s first Inaugural speech on January 20, 1981.

On the eve of our struggle for independence a man who might have been one of the greatest among the Founding Fathers, Dr. Joseph Warren, President of the Massachusetts Congress, said to his fellow Americans, “Our country is in danger, but not to be despaired of…. On you depend the fortunes of America. You are to decide the important questions upon which rests the happiness and the liberty of millions yet unborn. Act worthy of yourselves.”

Let us remember those wise words from a man instrumental in starting the bell of Freedom ringing all those years ago. Americans, let us BE and ACT worthy of this great Republic, and let FREEDOM RING.