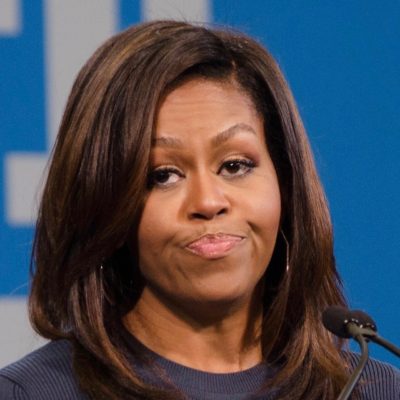 Next post
Michelle Obama : "I Was An Angry Black Woman" 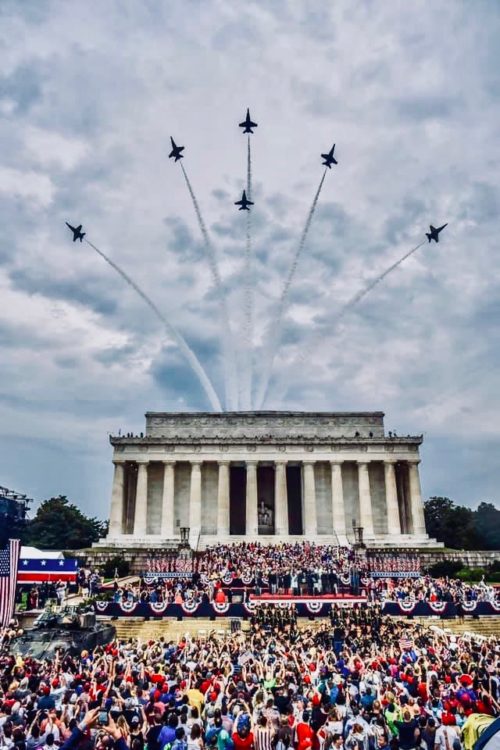 S.E. Cupp sneers at everything Trump these days. Last night she informed us that Trump has hijacked Patriotism. Once upon a time, S.E. used to be a conservative. Now she’s an anti-Trump CNN commentator. According to her, the Fourth of July Salute to America was all about Trump and had nothing to do with 243 years of American exceptionalism.

The problem is, it was a speech that reminded us of the many many people who have contributed to the shaping and making of this Republic. Toni wrote eloquently here about how Patriotism is alive and well throughout our land.

Does S.E. see that? No. She can’t because she is too immersed in her disdain for all things Trump.

““When the president of the United States turns our democratic ideals on their head, ideals like a free press and free and fair elections, undermining them just to make himself look better, making us doubt our very best assets, he doesn’t want you to love America, he wants you to love him,” Cupp said.

“When the president of the United States demands abject, unwavering loyalty of members of Congress, people who pledged an oath to uphold the Constitution, not whatever he says, people who were elected to represent us, not him,” she continued. “When he weaponizes that loyalty, he’s saying above all else, even above America herself, you have to love me.””

First of all S.E., the press is still free. No one is telling you what you can and cannot report on. No one is yanking you off the air because of your anti-Trump misery.

Secondly, that specific election, the one that Hillary LOST, was free and fair. The Electoral College worked as our Founding Fathers designed it to. Yes, Russia tried to meddle in the election. But they had nowhere near the effect that Hillary had on the outcome. It’s about time you realized that.

Third, I’ve yet to see where Trump has weaponized loyalty in such a manner that it is antithetical to our Constitution.

Was it when he talked about our Founding Fathers and the patriots who battled, persevered, and won the American Revolution?

Was it when he discussed Lewis and Clark, Thomas Edison and the Wright Brothers, or Americans stepping onto the moon 50 years ago this month?

Or how about when he highlighted the medical advancements of Dr. Emil Friereichs, the service to others by “Mrs. Angel,” Clarence Henderson, or Earl Morse who established the WWII Honor flights?

No? Then I guess it was all the flyovers that recognized and honored all those who have and are serving in our nation’s military since this country was just 13 colonies? Military takeover they screamed!

Remember all those doomsday predictions about Trump's Salute to America event? We do. https://t.co/PQkAGxltIk

The video at the link below is a catalog of misjudgment by people in the media who once again have gotten a story completely wrong. They never learn. https://t.co/vFGA3Pn0Pm

It's not about getting it wrong; it's about finding a way for Democrats and #FakeNewsMedia to attack anything Trump does in every way.

Then again, was S.E. sneering because Trump dared to speak about WE THE PEOPLE?

“We will always be the people who defeated a tyrant, crossed a continent, harnessed science, took to the skies, and soared into the heavens because we will never forget that we are Americans and the future belongs to us. (Applause.)

The future belongs to the brave, the strong, the proud, and the free. We are one people, chasing one dream, and one magnificent destiny. We all share the same heroes, the same home, the same heart, and we are all made by the same Almighty God. (Applause.)

And from the banks of the Chesapeake to the cliffs of California, from the humming shores of the Great Lakes to the sand dunes of the Carolinas, from the fields of the Heartland to the everglades of Florida, the spirit of American independence will never fade, never fail, but will reign forever and ever and ever. (Applause.)”

I’ve watched and read his speech several times now and I cannot find one instance where this was about Trump. Instead his speech was all about AMERICA and every single AMERICAN past and present.

It is obvious that S.E. didn’t bother to watch nor even read Trump’s remarks, hence her sneering commentary about Trump’s patriotism.

Trump Derangement Syndrome has hit her hard. So SAD!